Maddie's farewell: The best of times, the worst of times

In her final column, Maddie Cuff charts the course of the business revolution that provides the main source of hope for the climate crisis

Looking back, those heady final months of 2015 were a special time in the climate movement. I had joined BusinessGreen in the summer, and aside from shockwaves caused by the Conservative government's renewable energy subsidy cuts, things felt like they were moving in the right direction.

There was the hope and expectation that the Paris Agreement would start to change things, the knowledge that global emissions had plateaued and might just be starting to bend downwards, the thrill of seeing the costs of solar, batteries, and wind power falling faster than anyone expected.

That optimism was punctured by 2016's one-two punch of Brexit and President Trump's election. Both appeared to shake the diplomatic foundations the Paris Agreement was built on. Both threatened to stall action on emissions at the very time it needed to accelerate. Brexit has been a painful distraction from the real challenges facing Britain for the last three years; Trump's Presidency has been actively damaging to America's environment and its hope of ever being seen again as a climate leader.

I remember being in Marrakesh for COP22 - my first UN Summit - and everywhere I looked sensing the palpable shock and fear at the US election result, announced only the week before. In one night, serious cracks had appeared in a global order that it had taken the best part of a decade to build.

I felt it myself more keenly watching Trump's speech in the Rose Garden some months later, announcing America's intention to withdraw from the Paris Accord. Hunched over a laptop in the lobby of a bar in Soho that night, I typed the story up in tears.

But while the world was distracted by the drama and outrage of President Trump, a revolution was getting underway behind the scenes.

Ask most investors, fund managers, and bankers whether they have heard of Carbon Tracker, and you're likely to be met with a blank face. But their analysis has changed the world under finance's feet.

Under Mark Campanale's leadership, Carbon Tracker was the think tank which took the theory of a 'carbon bubble' into the mainstream. Formed in 2011, throughout the last decade it has promoted the idea that investors financing oil, gas, and coal development could be left with worthless assets when the world implements the policies to meet the Paris Accord. Its conclusions drew the interest of Bank of England Governor Mark Carney, who in turn has arguably done more than anyone else to force the finance sector to consider the climate risks they face.

Carbon Tracker has not been working in isolation, of course. Over the course the last decade - and in particular my four and a half years at BusinessGreen - I have covered with increasing frequency countless reports and analysis pointing out the business and economic threat posed by climate change. Papers that hammer home, time and again, the impossibility of business-as-usual at both a practical and conceptual level. It's becoming clear that the very phrase is a misnomer - if we carry on as usual and end up with a 3C or 4C world then the very foundations of the global economy will be stretched to breaking point and beyond. Businesses will either proactively change or have change forced upon them by a century of rolling climate crises.

This basic scenario planning has slowly drip fed through to business and finance. Sometime around 2017 companies seemingly en-masse worked out that climate action is not a corporate social responsibility issue. It's a matter of survival, and tackling it will require a wholesale re-orientation of their operations. It will affect supply chains, customer behaviour, product design, pricing strategies. The delusion that it can be solved by tinkering at the sidelines has gone. At the same time, campaigners on the streets have also reminded business leaders that climate action is a moral imperative. Many have responded, others have shifted uncomfortably in their chairs. As climate futurist Alex Steffen put it in a must-read Twitter thread this month, "changes in human systems are coming bigger and faster than direct climate impacts are unfolding".

This realisation has driven a snowballing of ambition as firms seek to re-mould their operations from the ground up. Just 18 months ago, companies setting a Science-Based Target aligned to a 2C pathway were operating at the pinnacle of corporate ambition. Now almost every day I write about another firm that has made a net zero pledge - or even a carbon negative one.

That corporate scramble for bolder targets is fuelling the market for fresh ideas, and not just in green energy solutions and electric vehicles but in food waste, agriculture, plastics, textiles, marketing, technology, product design, basically everything.

I've been lucky enough to write not just about the companies in flux, but also about the innovators which will help them transform. There's Apeel Sciences, which sells its edible coating that can dramatically extend the shelf-life of fresh foods to major supermarkets in the US and Europe. Or Velocys, a firm that promises to bring waste-based aviation fuel to the UK market at commercial scale, and enjoys the backing of British Airways and Shell. Or Econyl, which has kickstarted the market for swimwear made of fishing nets by working with everyone from Speedo to Burberry. To name just a few.

How far the business world has come without the strong arm of politics was laid bare at this year's Davos Summit. Coming straight after the World Economic Forum's annual Global Risks Report pegged environmental risks as the top five challenges facing the global economy this decade, Davos was preoccupied like never before with the climate crisis. That made President Trump's speech stand out all the more starkly, as he attacked climate activists like Greta Thunberg (who was in the audience) as "prophets of doom". He was met with a muted silence.

This seismic shift has helped restore some of my hope that we are finally on the right path towards tackling the climate crisis.

Yet of course the bottom line is that emissions are still rising. And the real question for all of us is whether we have left our Damascene conversion too late? Never mind the climate impacts, is a stable transition to a low carbon world really possible, or have too many high carbon companies and their backers ignored the risks for too long?

As the line from Dickens opening this piece suggests, we enter this new decade in a state of flux. Times are changing, but time is running out. It is arguably the last decade available if we are to re-route history and avoid some of the worst case climate scenarios.

There are good, solid reasons for hope. There are also valid reasons to despair. It is the best of times, but it is also the worst of times. But as I Ieave BusinessGreen for a new challenge at the i newspaper, what drives me on is the knowledge that finally we have the business community and the public pulling in the right direction.

This piece first appeared in the BusinessGreen Overnight Briefing, available exclusively to our subscribers 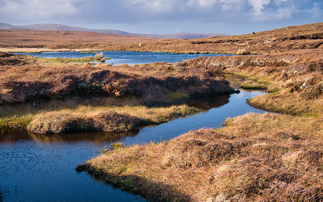 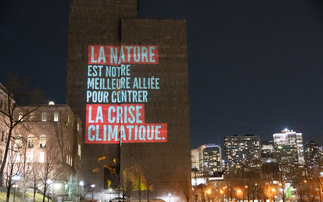