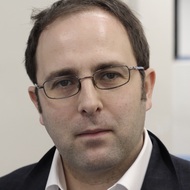 James Murray is the editor-in-chief of BusinessGreen having launched the site in October 2007.

He is responsible for BusinessGreen's leading news, opinion and analysis, and also contributes to the brand's expanding events programme.

James is one of the UK's leading commentators on the low carbon economy, featuring frequently on radio and television.

He reports daily on a wide range of green business issues, with a particular focus on low carbon policy, economics and technology.

In March 2011, he was voted number eight in the Press Gazette's list of the top 50 environmental journalists in the UK. And in 2020 he was named Digital Editor of the Year at the annual AOP Awards.

Prior to launching BusinessGreen James spent five years as a technology journalist working on a variety of IT titles.

'First of its kind': Microsoft and Qcells ink solar mega-deal

Tech giant teams up with solar manufacturer to help accelerate roll out of 2.5GW of new solar power projects

How to avert a 'lost era of business progress on decarbonisation'