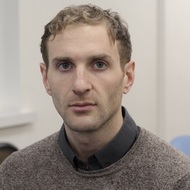 Michael Holder is BusinessGreen's Editor, providing news, features, analysis and videos for the site. He is particularly interested in politics, clean tech innovation, culture and behaviour change, green agriculture, and the transition away from fossil fuels.

Michael has been covering environmental topics as a journalist for a decade, initially focusing on recycling, energy from waste and air pollution, and now covering the breadth of the burgeoning net zero economy with BusinessGreen.

He has reported on the climate and biodiversity crises from around the world, on issues ranging from cocoa farming in Ghana, carbon capture and storage in Norway, and the emerging hydrogen economy in Germany, in addition to covering three UN climate summits in Bon, Madrid and most recently COP26 in Glasgow.

Originally from Milton Keynes, Michael is an NCTJ-qualified journalist with a degree in contemporary history from the University of Sussex.

UN Secretary General António Guterres calls on governments, businesses, and investors to urgently step up action to deliver on climate and biodiversity goals

'They have the local knowledge': Institute for Government calls for mayors to be given more control over net zero policy

From farming subsidy reform to the role of private investors, the government's new Environment Improvement Plan has significant implications for the green economy

'This is now a race': How net zero is already delivering £71bn to the UK economy

The UK's net zero economy is already 20,000 businesses-strong, but without policy action the country risks slipping behind competitors in the US, EU and China, experts warn