If the funding push goes well it could be extended to £1.13m to cover a further project on the Isle of Wight, the company said. Planning permission has been granted for all three sites and construction on the two Kent projects is set to begin before the end of the year.

Investors in the projects can pledge as little as £5 in return for debentures that commit to pay inflation-linked returns - a first for a renewable energy project - which are paid once or twice yearly over the term of the project.

The Kent BNRG Gorse system is the second project from developer BNRG Renewables offered through Abundance. The first saw £385,000 raised in March this year to refinance the 249kW BNRG Hoo Solar installation, which paid its first cash return to investors in September at a rate 8.4 per cent above the level originally projected.

"Abundance is committed to providing radically better solutions for people who are watching their savings shrink and their investments go up and down like yo-yos," he added. "By having a direct link to RPI each year, plus interest on top, this latest project means investors will beat inflation (before tax), while knowing their money is being put to productive use - in Britain's real economy, in the production of renewable energy.

"This is a big win-win for our investors and the smaller renewable energy developers they are investing in, and the kind of healthier financial service - cutting out the City's unnecessary and expensive middlemen - that this country needs much more of if we are all to benefit from the economic recovery and a sustainable future."

The projects are part of a planned rollout of new schemes between now and the end of the year looking to raise £7m, on top of the £3m the company says it has already generated for wind and solar projects, which would make Abundance one of the fastest-growing crowd funders in the UK.

The company's last project, a 572kWp solar system in Nottingham, raised a record-breaking £500,000 from 337 people in just under a month. 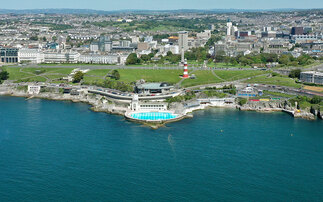