Who to vote for? Has there ever been a more disorientating, volatile, divisive, potentially pointless, yet hugely important, perhaps even dangerous, election in modern history?

This is an election that was never expected to happen, an election that has imploded tribal loyalties and could yet end prime ministerial careers, an election that looks set to result in victory for a registered company funded by purposefully anonymised digital donations and fronted by a bunch of professional rabble rousers who hymn 'democracy' while refusing to produce anything as democratically accountable as a mandate-defining manifesto or a clear explanation for their soon to investigated finances.

This is an election that could light the fuse on the economic and constitutional explosion of a 'no deal' Brexit. The spark that could finally lead to the panicked defenestration of a Prime Minister and the triggering of a leadership race where calls for a mandate-free, minority-backed Halloween crash will reach a crescendo. Wise heads could still win out, Parliament could yet flex its muscles and force a re-think, a new Prime Minister could use their honeymoon period to finally level with the British public about the trade-offs Brexit entails, but nothing can be ruled out.

Another five months of investor confidence-shredding political and policy uncertainty is now all but inevitable. After that various Four Horseman scenarios are available: a 'no deal' Brexit, with all the environmental and economic consequences that entails; a rebranded and re-sold version of May's deal, with all the well documented flaws that entails; an election or confirmatory referendum, with all the milkshake-soaked, 'pick up a rifle', tinder-box, populist rhetoric that entails; a full blown constitutional crisis, with all the failed state instability that entails.

Beyond the UK's parochial political bin-fire, this is also the first election since the concept of a 'climate emergency' broke into the public realm. An election to determine the make-up of a European Parliament that will help determine how fast the world's largest market transitions to a net zero emission economy over the crucial coming decade. An election where there is a genuine choice on offer between those parties that want to urgently accelerate the bloc's decarbonisation efforts, those that want a more incremental low carbon transition, and those Trumpist populists who offer a European-flavoured climate scepticism.

There is still a chance the MEPs returned by UK voters will play a full and important role in the new Parliament and will help shape the policies that drive or hamper the next phase of green economic development. However, even if Brexit is delivered and the new in-take ends up spending so little time in Strasbourg that even Nigel Farage can't complete his annual bid to challenge at the top of the MEP league table for non-attendance and dubious expenses claims, the UK's contribution to the make-up of the new Parliament still matters hugely.

At both a national and a continental level a new political narrative will be determined by this week's results. The question is whether the narrative is one of a 'populist surge', which is successfully spun by Farage and co despite mainstream parties commanding large combined majorities in a low turn-out election, or whether a counter narrative of 'populist forces checked' wins out thanks to a quiet majority that wants governments to get back to the serious business of governing.

If the illiberal right dominates not only will it provide the increasingly hard right with a beachhead for further gains in the future, it will also having a chilling effect on centre right governments across the bloc, providing them with a ready-made political excuse to throttle back on ambitious climate emergency measures. If mainstream parties of all stripes can hold the line, then the results can be read as an endorsement of both the EU's existing climate strategy and the widespread desire across the Parliament to go further and faster.

Given this complicated context, who then should green business types vote for?

As its subterranean polling suggests it is difficult to make a compelling case for a Conservative Party in utter disarray. Theresa May's environmental record is much better than she is given credit for and there is an argument that throwing the embattled Prime Minister a lifeline as the sharks circle may give her the extra few weeks in office she needs to get a net zero emission target onto the statute book. But she has consistently failed to incorporate enhanced environmental protections into her much-maligned Brexit deal, has failed to publicly engage with the climate emergency, and has failed to put forward a manifesto.

Moreover, ever since 2009 when David Cameron took the Conservatives out of the European Parliament's EPP-ED centre right grouping (an alarm bell-ringing short-term tactical move that resulted in numerous long term strategic challenges) Tory MEPs have clocked up a decidedly mixed track record on environmental issues, often voting to water down green legislation.

Labour's pitch to environmentally-minded voters is, on the face of it, far more deserving of electoral reward. The Party has stopped equivocating on environmental action and has fleshed out its already ambitious carbon and renewables targets with a renewed sense of political prioritisation. It has backed a climate emergency, pledged to deliver net zero emissions, and beefed up its policy package, making the environment central to its pitch.

And yet the clarity on environmental issues is the diametric opposite of the opaque triangulation of its Brexit position. The Party's apparent unity on the need for bolder climate action is the antithesis of the splits that tarnish everything from its position on a second referendum to its shameful mishandling of the antisemitism demonstrated by some members. Meanwhile, its energy nationalisation plans may simply mirror the arrangement in some other European countries, but the proposals still look like a costly and confusing distraction. Would a vote for Labour be interpreted as a vote for its green revival or an endorsement of its confusing Brexit position? Answer: no one knows, but as the fallout from the Council elections when a Remain surge was widely interpreted as an instruction to 'get on with Brexit', you do not get to decide how your vote is interpreted.

This is the context in which the Lib Dem and Greens polling surge is happening. The Parties are now respectively ranked second and fourth in most polls, ensuring the combined support for established parties far outstrips that enjoyed by the Brexit Party even if that reality is ignored by much of the media reporting.

Both the Greens and the Lib Dems have a strong environmental track record, clear and ambitious policies, and would play a vocal and proactive role in pushing the European Parliament to deliver a net zero emission strategy and a lot more besides. They appear to have held off the challenge from Change UK, whose positioning as centrist insurgency has been undermined by both political bungling and a policy platform that has offered little to inspire on the environment and everything else besides.

If executives and investors find it understandably difficult to back a Green Party that offers a raft of policies that could be interpreted as anti-business, there is still a case to be made for returning a Parliament where avowedly green voices act as a counterweight to the climate sceptic, Russia-praising, populist right.

However, once again the picture is complicated by Brexit. A vote for the Lib Dems, Greens, or Change UK, will be interpreted as a vote for Remain, even if you are unconvinced about the case for opening up an avenue to reverse the original referendum decision. That may be fine if you think the best route forward centres on a second referendum, but if you would like to see a softer Brexit you do not get to decide how your vote is interpreted.

In conclusion, in this unexpected election there are Parties that allow environmentally-minded voters to send a clear message that they want to see more ambitious climate action both across the bloc and within the UK. As we face a climate emergency, there is a lot to be said for such clarity. Anything that strengthens the hand of those parties that explicitly reject the political and environmental recklessness of right wing agitators is to be applauded. But how a vote for any of the established parties ultimately plays out from a Brexit perspective is anyone's guess.

One thing, however, is absolutely clear. A vote for Nigel Farage's Brexit Party is a vote for a shadily-funded, autocrat-praising, convention-torching, policy-free, division-deepening, insult to the democratic process it claims to idolise. Farage's cavalier dismissiveness in the face of an escalating climate crisis, his fact-free rejection of the green economy and the technologies and policies that are essential to a moderate, successful, and sustainable 21st century society, is just one of many reasons to vote for anyone who can put a dent in his dangerous, Trump-emulating ambitions.

BP shareholders back climate resolution in wake of meeting protests 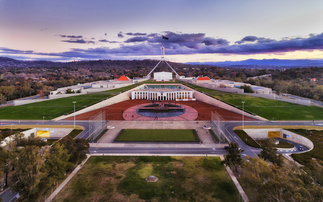 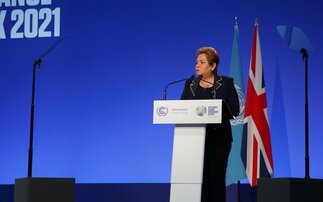 Fortnight-long meeting has made progress on number of technical issues, but disagreements over climate finance are now set to dominate the COP27 Climate Summit 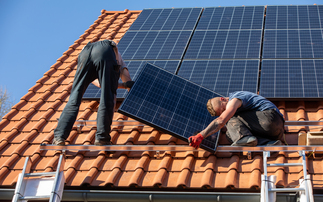