Google has today unveiled a new wave of sustainability commitments, including high profile pledges to eliminate the company's "carbon legacy" and ensure it can operate with entirely carbon-free energy by 2030 at the latest.

Writing in a blog post announcing the tech giant's "third decade of climate action", CEO Sundar Pichai said the company had used carbon offsets to achieve 'carbon neutral' status since 2007, but it had now moved to offset emissions released prior to 2007.

"As of today, we have eliminated Google's entire carbon legacy (covering all our operational emissions before we became carbon neutral in 2007) through the purchase of high-quality carbon offsets," he explained. "This means that Google's lifetime net carbon footprint is now zero. We're pleased to be the first major company to get this done, today."

The move follows a high profile pledge at the start of the year by rival Microsoft to offset all its emissions since its founding in 1975 as part of its new net zero strategy.

Pichai also reiterated Google's plans to operate on 24/7 carbon-free energy at all its data centres and campuses worldwide by 2030, building on the company's current approach of matching its energy usage with renewable energy generation elsewhere.

And he stressed that the company would continue to step up investment in "technologies to help our partners and people all over the world make sustainable choices".

For example, he highlighted how Google is investing in providing 5GW of new carbon-free energy in manufacturing regions around the world, while also helping 500 cities reduce their carbon emissions and providing new AI tools to help customers optimise the efficiency of their buildings.,

"We estimate that the commitments we're making today will directly generate more than 20,000 new jobs in clean energy and associated industries, around the world, by 2025," Pichai said.

He also stressed that business leaders had a growing responsibility to tackle escalating climate threats.

"A few years ago flooding devastated Chennai, where I grew up," he wrote. "Seeing the images of the city - which had experienced extreme drought for so many years of my life - covered in flood waters, really made the impacts of climate change feel much closer to home. Last week, many of us woke up to orange skies in Northern California as wildfires continue to rage up and down the West Coast. I know others in Australia and Brazil have recently experienced similar events, and sadly they won't be the last.

"The science is clear: The world must act now if we're going to avert the worst consequences of climate change."

The latest set of goals was welcomed by Elizabeth Jardim, senior corporate campaigner at Greenpeace USA, who urged other technology companies to follow Google's lead.

"Tech companies were some of the first to set renewable energy goals, and even still, their energy-hungry data centres continued to use huge amounts of fossil fuels, prolonging our collective reliance on dirty energy any time we use the internet," she said. "By becoming the first major tech company to commit to power its data centres with carbon-free energy around the clock, Google is setting a new high-bar for the sector: a break-up with fossil fuels altogether.

"Today's announcement shows that the company takes its role in combating climate change seriously. We hope Google will follow through on its promise in May to wind down its artificial intelligence solutions for upstream oil and gas exploration and extend this commitment to any tools that boost fossil fuel production. The next decade is the one that counts in our fight to stave off the climate crisis, Amazon Web Services, the largest cloud company, should take note and accelerate the timeline and ambition of its own Climate Pledge." 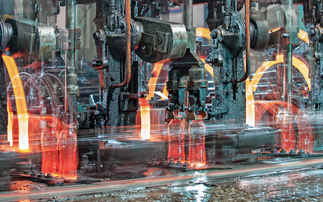 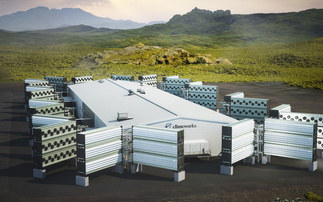