Amid devastating forest fires, One Trillion Trees movement puts down US roots

This week marks the launch of the first regional chapter of the ambitious global movement to conserve, manage, restore and grow one trillion trees - a natural climate solution seen as critical for helping draw down the earth's carbon debt, and an idea that has been spreading like wildfire since it was planted in January in Davos, Switzerland.

There are more than two dozen launch partners for the new US branch of 1t.org, spearheaded by the World Economic Forum and American Forests. Collectively, the group - which includes tech giants Microsoft and Salesforce, consumer products companies Timberland and Clif Bar, financial services powerhouses Bank of America and Mastercard and the cities of Detroit and Dallas - hopes to grow more than 855 million trees covering 2.8 million acres.

It's a bold goal, especially poignant in the context of the devastating forest fires raging in California, which have claimed more than 1.2 million acres (and counting) as of Tuesday afternoon. "That is a reforestation debt that is now due and owing," said Jad Daley, president and CEO of American Forests, when we chatted earlier this week.

According to the US Environmental Protection Agency, American forests and forest products are responsible for capturing 15 percent of the carbon dioxide emissions captured from burning fossil fuels. By conserving, restoring and growing trees, the country has the potential to capture double the emissions, estimates a study advanced by The Nature Conservancy.

The 1t.org organization, which includes a bipartisan stakeholder council with representatives from governments, businesses, nonprofits and academia, was created to scale the collective resources of those making tree-related commitments, Daley said. As an example, a tool for calculating the carbon emissions that could be reduced through specific reforestation efforts is under development. It's also working on scaling financing mechanisms.

The chapter is also prioritizing efforts that can "remedy gross inequities" by bringing trees back to urban neighborhoods and by placing the potential for job creation at the center of plans, Daley said. The World Economic Forum estimates that sustainable forestry management has the potential to create up to 16 million jobs by 2030 - and more than $230bn in new economic opportunities.

There's also a very clear environmental justice issue to address. The map of tree canopies across the United States closely mirrors income, race and health issues - with low-income communities sorely lacking. "We are not going to plant as many trees in cities, but every one of them will have an impact," Daley said. "It is central to our vision."

The city of Dallas, for example, is pledging to conserve and restore close to 14.8 million trees as part of its urban forestry management plan. Tucson, Arizona, is planning to plant one million over the next decade. Detroit and Boise, Idaho, are pledging fewer, but they're also part of the launch.

Salesforce wrote headlines in January for its commitment to restoring and planting 100 million trees; Mastercard is looking to restore or protect the same number over the next five years through its Priceless Planet Coalition. The effort links the activities of cardholders to forest conservation initiatives. For example, corporate cardholder accounts can influence donations to the fund with through spending. Mastercard's partners in the effort include Citibank, Santander UK, Saks Fifth Avenue, and American Airlines.

Kristina Kloberdanz, chief sustainability officer for Mastercard, said her company became involved with 1t.org because of its expertise in forestry issues. "We know the business we are in," she said. "We are not the experts in tree planting. It's really important to us that we do this right. That we galvanize and motivate. This is bigger than any one of us."

When I asked Kloberdanz what sorts of initiatives Mastercard plans to prioritise, she said agroforestry - where tree preservation is incorporated into broader agricultural strategies - is part of the plan.

"We are most interested in planting where there is going to be a benefit to the climate, but we're also interested in the community and biodiversity benefits as well," she said.

UN chief António Guterres: 'The coal business is going up in smoke' 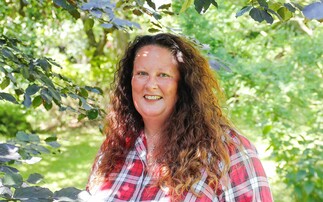 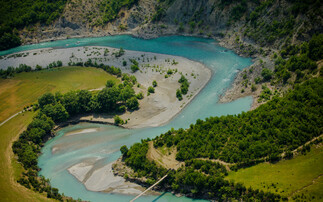 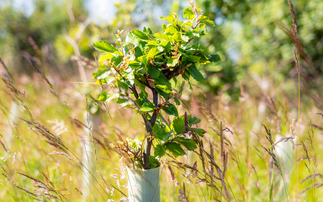