Snap election: A moment of maximum risk and maximum opportunity for the green economy

An early election threatens further delays to crucial policy decisions, but when the dust settles green businesses should finally know where they stand

We are about to find out who Theresa May really is. The hardest of hard Brextremists or the Remainer diligently pursuing a pragmatic Brexit? A methodical, risk averse leader or a hard-nosed gambler of a Prime Minister? A One Nation Conservative who believes in the power of the state or a free trade fundamentalist committed to ultra-low taxes and deregulation? Having called a shock early election, the Conservative Party Manifesto and the rigours of a campaign - even one against the preternaturally incompetent Jeremy Corbyn - should finally provide some much needed answers about our inscrutable Prime Minister.

On countless crucial issues May has remained largely unknowable for years - an impression only amplified by 10 months in Downing Street that have been dominated by delays, procrastination, and contradictions.

May stood outside the steps of Number 10 last summer and declared herself a warrior against "burning injustice" who wanted to "make Britain a country that works for everyone". But it is hard to think of a single major policy that fits with this goal (and the one May's supporters would tout, the revival of Grammar Schools, faces overwhelming evidence it has precisely the opposite effect). May declares the country is uniting behind her Brexit plan, even as Scotland eyes another referendum and polls show the proportion of people implacably opposed to leaving the EU has barely moved. She took a staggeringly hard-line on Brexit, before it was revealed she is seeking so many exemptions to the worst impacts of Brexit she could end up constructing a much softer deal than many currently expect.

This confusion over the agenda the May government is pursuing extends to its approach to the green economy. The crucial green economic decisions May has made have only served to bolster the UK's environmental efforts. She approved the fifth carbon budget and ratified the Paris Agreement. She signed off on a draft Industrial Strategy that has plenty of support for clean technologies, she approved new funding for electric vehicles (EVs), and she green-lit both Hinkley Point and the next wave of clean energy auctions. The impression May is quietly progressive on environmental issues - an impression created by her own rare comments on the topic and the rumour she had been preparing a big pro-environment speech before last summer's leadership election collapsed - has seemed justified.

And yet, those climate sceptic Brexiteers are yet to come down from their post-referendum high, and, whether by accident or design, May has given them no reason to return to terra firma with a bump. There has been no unequivocal speech declaring her backing for the low carbon economy, while critical decisions on post-2020 funding for clean energy, the Clean Growth Plan, and the 25 Year Plan for Nature have been repeatedly delayed. Mixed signals have also been sent about how the government should tackle toxic and illegal air pollution. In addition, May counts an avowed critic of the Climate Change Act as one of her closest confidants, leading US climate sceptics have been spotted in Downing Street, and a right wing press the Prime Minister has spent her career refusing to cross has its heart set on a post-Brexit bonfire of environmental regulation.

An election campaign, TV debates, and a new manifesto should bring much of this uncertainty to an end.

No doubt Conservative HQ will try and triangulate, just as it did with the contradictory pledges that defined the environmental and economic sections of its last manifesto (the riddle of how to decarbonise in the most cost effective way possible while specifically ruling out the most cost effective form of clean energy looks set to remain unresolved). The Party will need to put forward a platform that both its anti-wind farm brigade and its EV-loving modernisers can support.

But some simple questions cannot be fudged: would a Conservative government support the Climate Change Act? Does it accept that post-Brexit the UK should have environmental protections that match or exceed our neighbours, and if not why not? Does it back an early coal phase out and the rapid expansion of the UK's clean tech base? Does it believe the days of the internal combustion engine are numbered?

If it provides encouraging answers to these questions, then the delays to crucial environmental policy decisions that will result from this politically self-serving early election may well be a price worth paying for green businesses and investors, especially if imminent decisions on the government's Air Quality Plan and Green Investment Bank privatisation can be rushed out before purdah. May would finally have a mandate to deliver her own vision for the UK's economic and environmental future, and no excuses for delaying its delivery any further.

Equally, if May's punt proves to be the worst career misstep since her predecessor caved in to Nigel Farage's loung bar bluster, the UK will find itself with a new left-leaning government that offers full spectrum support for ambitious climate action.

The walking, talking existential crisis that is the current Labour Party makes such an outcome hard to envisage even before you consider the hostility of the campaign that is coming Corbyn's way - suffice to say we are about to have a seven week long debate about what and what does not constitute sympathy for terrorism. But the Lib Dems and Greens will hope to make major gains in Remain-voting areas and, if the opposition parties are feeling bold, talk of a progressive alliance could perhaps translate into a Tory-blocking coalition capable of delivering both a soft-Brexit and the greenest policy agenda of any British government yet.

However, such an outcome would require both the most successful election campaign ever seen, a comprehensive re-shaping of how British electoral politics works, and the biggest polling shock ever recorded. The arguments in favour of a progressive alliance may be sound, but Corbyn's response to them is as unyielding and tin-eared as his response to pretty much anything else.

The Lib Dems may be well placed to recover some of their lost ground and the Greens will hope to win over some disaffected Labour voters. But as long as Corbyn remains at the helm it is hard to envisage a scenario where May and the well-oiled Conservative election machine do not feast so hungrily on Labour marginals that they secure the overwhelming majority they crave.

That is why for green businesses and investors the upcoming Conservative manifesto is now the most important document in British politics. It will either reassert May's commitment to ambitious domestic climate action, sketch out her vision for a modern industrial strategy, and recognise that an overwhelming majority of Conservative voters want strong environmental protections, bold climate measures, and clean technologies, or it will confirm the coup by the hard right, climate-sceptic wing of the Conservative Party has been completed.

If it is the former, then a Conservative victory with an increased majority and a resurgent Lib Dem challenge could give the PM the space she requires to both accelerate the UK's domestic efforts to build a competitive green economy and negotiate the pragmatic Brexit deal and measured transitional arrangements the vast majority of the business community craves. If it is the latter, then at least people will finally know where they stand, and, as is the case in Trump's America, resilient green businesses will adjust plans accordingly.

When you throw Brexit into the mix the UK's green economy now faces a moment of maximum opportunity as well as maximum risk.

The opportunity to help drive the development of a modern, competitive, healthy economy is obvious and could be massively reinforced by a new government that publicly recognises green businesses' enormous potential. But the risk posed by an election that will be dominated by Brexit and the non-contest 'looks Prime Ministerial' face-off between May and Corbyn is equally pronounced. A single issue election will still feature a raft of issues on the undercard, which could yet allow the UK's Trumpist tendency to claim a dubious mandate for anti-environmental moves that a vast majority of the public oppose.

Will the real Theresa May please stand up?

Snap election: What it means for the green economy 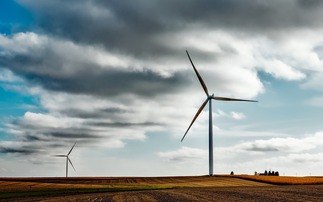 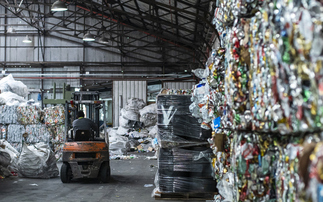 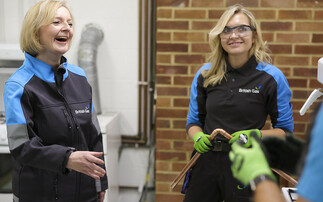 MPs and green groups demand change in tack on energy efficiency, farming subsidies, and nature protection rules from embattled government as conference gets underway in Birmingham