With COP21 now in full swing, thousands of representatives from governments, civil society and the private sector have descended onto Paris. While the negotiations are going on in a disused airport just outside Paris, a myriad of events are being hosted in parallel all over the city. Claiming to be the largest, the Global Landscapes Forum (GLF) brought together over 3,000 participants over the weekend to discuss issues concerning sustainable rural landscapes. Parallel streams of events filled the weekend, on a diverse set of subjects ranging from climate smart agriculture to landscape restoration and indigenous peoples' rights.

However, whilst many corporates, particularly those with agricultural supply chains, were in attendance, notable by their absence were those on the front line of shaping consumer behavior, the marketeers. Sustainable land use needs the broadest range of roles and skills brought to the table to get sustainable, long term results. The marketing teams are not normally the target audience of these big COP events, but in reality they will be crucial to influencing consumers and achieving the results needed.

While in the past, a lot of focus has been on agricultural production patterns and their impact on deforestation, a number of speakers highlighted at this year's event the importance of needing to shift food consumption behaviour.

Sam Bickersteth, CEO of CDKN and Director at PwC, in his keynote speech highlighted this conundrum. With global meat consumption set to rise by 75 per cent by 2050 on current trajectories, the extra emissions created by that demand, alongside other emissions sources, make meeting the 2 degree target virtually impossible.

However, people often don't recognise that household products - including food or toiletries, for example - can contribute to deforestation, through demand for palm oil production, or agricultural land use. Wider environmental impacts such as greenhouse gas emissions, water scarcity, air pollution or loss of biodiversity are more widely recognized by consumers, but labels and packaging don't always disclose this kind of information, giving only a partial view of the true cost of production. Add to this the issue that advertising campaigns don't always link how companies are trying to reduce these impacts. The result is that the total cost of production - which would include real costs to nature - usually isn't understood or disclosed.

The changes in consumption patterns around the world needed to meet the reduction in environmental demands mean consumer behavior will have to change over time. This has worked in other areas - such as smoking, or the (relatively slower, and limited) trend to healthier eating. There's a role too for governments in raising public awareness about how people might start recognising and changing their consumption pattern.

To be successful, sound evidence is needed that can be clearly communicated. There are a number of initiatives that work on quantifying the full environmental impacts of consumption, such as the Natural Capital Protocol. The Protocol is a standardised framework for business to measure and value its impacts and dependencies on natural capital and to help them integrate this into their decision making.

A transition in consumption patterns will have an impact on the farmers at the other end of the supply chain. Many of them, particularly in Africa, are smallholders, whose livelihoods depend on their farms. They often don't have the financial resources or technical knowledge to change their production patterns in advance of shifting consumer preferences. However, changes in consumption can be beneficial for them too. Climate smart agriculture for example can help them become more resilient to climate change. It can also support them in adopting some technologies that might help them "leapfrog" over unsustainable practices.

Changes in consumption patterns require changes in people's behaviours. To do this a new skill needs to be added to the GLF next year - that of marketers, who can help us win the argument with consumers. We look forward to an even broader and more diverse discussion at next year's event!

The Climate & Development Knowledge Network is an alliance of specialist development agencies led by PwC, supporting lesser developed countries plan and adapt to climate change through dedicated research and support programmes. CDKN provides negotiation support to the poorest and most vulnerable nations in the negotiations - small island, least developed and African states. 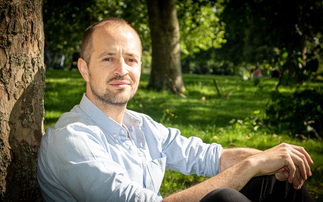 Even if people understand how to cut their CO2, they don’t necessarily do it - closing this gap requires social pressure, writes David Powell from Climate Outreach 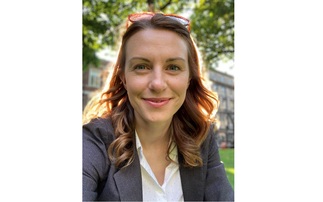 The Media's call to action: Create climate content the public wants to see and read

How can the media best communicate the impacts and implications of climate change? UCL's Freya Roberts assess the raft of views and expertise at the recent Net Zero Festival 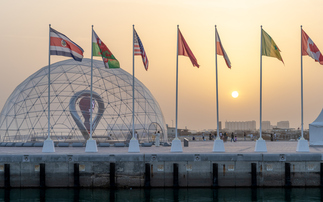 Claims that tournament is 'carbon neutral' challenged, as criticism mounts from footballers and athletes over FIFA's questionable carbon accounting and use of offsets