'It is time for the rest to follow': Leading investors call on 161 top CEOs to target net zero

Calls from shareholders for businesses to embrace climate action continues to mount, with an initiative representing investors who together manage more than $47tr of assets today demanding that more than 160 of the world's largest greenhouse gas emitting firms commit to setting net zero targets for 2050 or sooner.

Climate Action 100+ - which is backed by more than 500 global investors - said it was writing to 161 CEOs and chairs of the board at "focus companies" it has identified as collectively responsible for up to 80 per cent of global industrial greenhouse gas emissions, urging them all to set out net zero-aligned business plans as soon as possible.

Some of the companies targeted have recently announced net zero goals, but Climate Action 100+ makes clear that investors want to see targets that are also backed by credible and comprehensive decarbonisation and investment plans.

The letters state that the companies addressed should put in place strategies to deliver net zero emissions by 2050 or sooner, which cover their entire value chain and end use of products - known as Scope 3 emissions - in line with a maximum 1.5C global warming scenario.

Moreover, they inform CEOs that they should put in place medium-term emissions reduction targets, and that they will be assessed by the initiative's organisers on progress against their net zero goals and the aims of the Paris Agreement going forward.

The letters have been sent in support of a new 'Climate Action 100+ Net Zero Company Benchmark', which is designed to clarify investor expectations on high-carbon firms and is set to be used to evaluate and provide guidance on company action to combat climate change.

Mindy Lubber, president of the Climate Action+ steering committee and president and CEO of investor group Ceres, described the benchmark as "a critical investor engagement tool to make further progress at speed and scale with the world's largest corporate emitters on climate change".

"It will send a strong message to corporate boards and management that companies across sectors have already begun to make the shift to a net-zero emissions business, and it is time for the rest to follow," she explained. "Investors are ready to engage the initiative's focus companies to raise their climate ambition in order to accelerate the global transition to a net-zero emissions economy."

Responses from CEOs and analysis gleaned from the new benchmark will also be used to inform investor engagement strategies through Climate Action 100+ ahead of the 2021 shareholder annual general meeting season, particularly for unresponsive of poorly-performing firms, it explained.

To date since the initiative launched 120 companies have now nominated a board member of committee with responsibility for oversight of climate change, while 50 of the targeted firms have indicated they have their sights set on net zero emissions by 2050. Almost 60 have also now formally backed the recommendations of the Taskforce on Climate-related Financial Disclosures (TCFDs), it said.

Meanwhile, the number of investors backing Climate Action 100+ continues to grow, with 518 investors now signed up representing over $47tr in assets under management worldwide.

"Companies across all sectors need to take more ambitious action to ensure otherwise devastating impacts of climate change are avoided while they still can be," said Stephanie Pfeifer, Climate Action 100+ steering committee member and CEO of the IIGCC. "Supported by investor engagement, we're seeing encouraging commitments and net-zero leaders beginning to emerge, but a broader step change is urgently required if global warming is to be limited to 1.5C. The benchmark will ensure it's clear which companies are acting on climate change as a business-critical issue and embracing a net-zero future. Investors will be paying particular attention to those shown to be falling short." 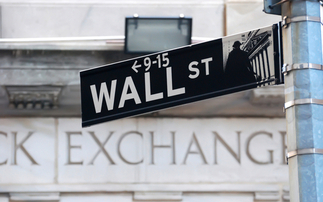 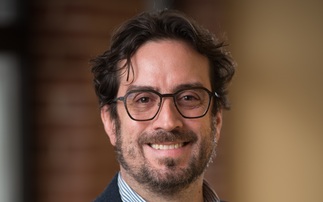 Bridging the finance gap between developing countries and financiers

From the hallways of COP27, the NDC Parnership's Pablo Vieira reflects on the innovative ways developing countries are securing private sector funds to cut emissions and adapt to climate change 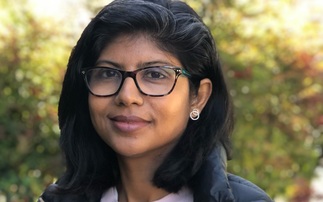 Neither governments nor the private sector can any longer use the excuse of waiting for the other to act, argues Rainforest Action Network's Aditi Sen