The UK has mobilised more than £6bn in public and private finance towards tackling climate change in developing countries over the past nine years, funnelling the money into projects which have helped to cut 31 million tonnes of greenhouse gas emissions, the government estimates.

Totting up the UK's International Climate Finance (ICF) since 2011 in an update report published on Tuesday, the government said it had mobilised £4.1bn public and £2.2bn private finance for climate change efforts in developing countries over the period.

Over the period, the report estimates ICF programmes have supported 66 million people to cope with the effects of climate change, provided 33 million people with improve access to clean energy, and installed 2GW of clean power capacity.

"As the world starts to recover from coronavirus, we have a unique opportunity to help the poorest countries build back greener from this devastating pandemic and become more resilient to the impacts of climate change," she said. "As we prepare to host COP26, the UK will be pushing for international action to tackle these two challenges."

Developing countries are the hardest hit by climate change and the World Bank estimates that without intervention the impact of rising emissions could push an additional 100 million people into poverty by 2030.

Yet the issue remains a lingering barrier to progress in Paris Agreement negotiations, as evidenced at COP25 last year when richer nations yet again failed to reach agreement on so-called 'loss and damage' funding designed to compensate developing nations as climate impacts worsen.

With the UK set to host the critical COP26 summit in Glasgow in 2021, the government is therefore under pressure to fulfil its ambition as a world climate leader by building international progress and momentum on climate action next year, after governments reached a disappointing stalemate over negotiations at last year's summit in Madrid.

As well as its domestic action to cut emissions, therefore, the UK's international climate finance is likely to increasingly fall under the spotlight ahead over the next year.

Meanwhile, having faced growing criticism over the UK continuing to offer loan guarantees for oil and gas projects abroad, the Prime Minister Boris Johnson is reportedly expected to shortly announce an end to UK Export Finance (UKEF) being used to support for overseas fossil fuel projects.

The govenment is also seeking corporate sponsors for the Glasgow summit in November next year with "strong climate credentials", and has reportedly ruled out backing from major polluters such as oil and gas companies.

Commenting on the latest ICF data, COP26 President and Business Secretary Alok Sharma emphasised the UK was committed to tackling climate change "in a manner which leaves no one behind, especially countries that need urgent support".

"I am proud that our International Climate Finance scheme is part of this work, from protecting our precious forests to ensuring developing countries are supported through adaptation and resilience measures and assisted to transition to cleaner, greener energy," he added. 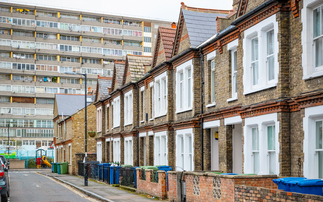