Any chef worth his salt knows the secret to success in the restaurant trade lies in managing fine margins. Dishes should be ruthlessly costed, and every part of an animal or vegetable used by the kitchen team, if you are to secure financial success.

It's a first-of-a-kind analysis for the restaurant industry, based on an analysis of financial data from 114 restaurants across 12 countries. Restaurants invested up to $20,000 on food waste fighting strategies such as training staff on food handling and storage procedures, redesigning menus, and monitoring the amounts of food wasted. Within a year, 76 per cent of the sites had recouped their investment, rising to 89 per cent within two years.

In fact, the researchers determined that the average benefit-cost ratio for food waste reduction was 7:1 over a three-year time frame - a statistic that holds true across market segments or geographies, from "mom-and-pop cafes" to "million dollar restaurants".

The savings were delivered through a reduction in the volume of food bought by the kitchens, with staff instead designing new menu items using leftovers, and lower waste management costs. Some sites even managed to save up to £27 in costs for every £1 invested in food waste reduction.

Globally around a third of food produced never gets eaten, resulting in a mountain waste which exacts a heavy environmental toll. Agriculture is a major source of greenhouse gas emissions as well as a host of other environmental issues, and scientists have calculated that waste food is responsible for around eight per cent of global greenhouse gas emissions every year.

The UN's SDG12 targets sustainable consumption and production patterns, with sub-target 12.3 specifically calling for a halving of per capita global food waste at the retail and consumer levels. But Dave Lewis, chief executive of Tesco and chair of Champions 12.3, stressed tackling food waste also makes good business sense. "The only way we can halve food waste by 2030 is if restaurants and other businesses along the supply chain step up their action," he said. "Every part of the food industry has a responsibility to reduce food waste. These findings make it crystal clear that reducing food waste isn't just the right thing to do, it's also the smart business move."

Previous research from Champions 12:3 suggested companies across the food sector invest in food waste reduction - from restaurants and grocery stores to food manufacturers - can expect a 14:1 cost-benefit ration. But the new analysis is the first time the business case for food waste reduction specifically in the restaurant trade has been quantified.

Over three years, the average site cut food waste by an impressive 58 per cent, which more than meets the UN SDG12.3 target of a halving in waste.

However, the vast majoriyt of restaurants currently fail to keep track of how much food staff throw in the bin, and even where it is tracked the information is rarely fed back to the kitchen staff. Creating a successful feedback loop to keep all staff informed is therefore the first step to successful food waste reduction, the research shows. Improved communication should then be combined by clear targets and regular assessments, the report stressed.

Sites which achieved the best results took analysis of food waste to the next level, logging the volume of waste food from over-production, spoiled ingredients or cooking errors, compared to inedible or lower value waste such as bones or peelings. As such staff could target wasteful kitchen practices where they could yield the most profitable results. Meanwhile, encouragement and support from management was also crucial to driving behaviour change, the report noted.

IKEA, for example, started rolling out a 'Food is Precious' food waste reduction strategy across its global stores in December 2016, as part of a goal to halve its food waste by August 2020. The programme saw IKEA appoint Food Waste Champions in each store, deploy smart scales in kitchens to measure waste levels, and appoint 'Country Implementation Responsible' leaders, or CIRs, for every market to spearhead national efforts. Within 12 weeks IKEA had cut its food waste by 20 per cent, and to date the programme has saved 1.4 million kilos of food from being wasted since 2016 - the equivalent of more than three million meals.

Some restaurants are even starting to use the challenge of food waste as a springboard for cooking creativity. In 2017 Dan Barber, the renowned chef behind the Blue Hill restaurants in the US, launched a pop-up restaurant on the roof of the Selfridges department store in London that boasted a highly creative menu made from food waste. Waste at every stage of the food supply chain featured, from juice pulp burgers to a rotation risotto, which uses crops as they are produced in an organic farmer's soil rotation.

Since then other restaurants in London have followed in Barber's tracks, with zero waste cocktail bars and coffee shops thriving on by-products popping up.

To have a hope of meeting the SDG12.3 target, all kitchens will need to start thinking creatively to cut down on wasted food. The good news is, there's now a solid business case for action. 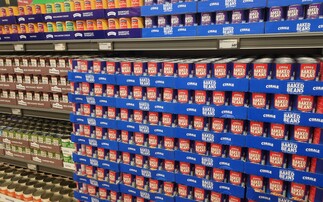 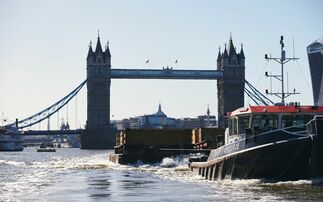 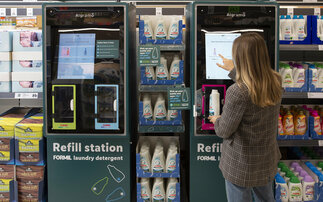 Billed as a first for a supermarket in the UK, the refill station is designed to reduce plastic waste and avoid food spillages