How tenant-landlord collaboration can help drive London towards net zero 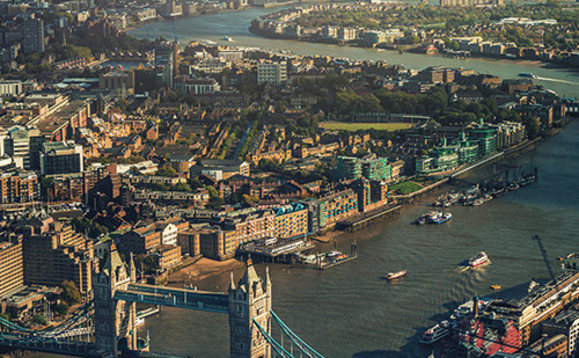 A new era of cross-industry collaboration could help London meet its hugely ambitious target to become a net zero emission city by 2030, according to top business leaders at last month's Net Zero Festival.

Julie Brown, COO and CFO at fashion giant Burberry, said all cities had a key role to play in supporting and enabling corporates' efforts to deliver net zero. "We're a global brand and you need cities to contribute to become climate positive - it's not a nice to have anymore," she said.

This relationship between corporate emissions goals and urban infrastructure was highlighted by the fashion brand, whose headquarters in Horseferry Road, Westminster have helped further reduce its emissions in support of its target to achieve net zero emissions for its own operations by 2022.

Paul Williams, CEO of Derwent London - Burberry's landlord - said the building had been retrofitted with sustainability in mind.   "We've got a beautiful building for the Burberry headquarters, a stunning 1930s office building," he said. "It would have been criminal to knock that down and, by not rebuilding on that site, it also retains the construction's embodied energy."

Williams said Derwent was now in the process of 'degassing' its entire portfolio and is aiming to produce its own renewable electricity from land it owns in Scotland, subject to planning. Meanwhile, its recently completed project in in central London's Fitzrovia had seen heat pumps installed, low carbon concrete used for construction, and the building's roof terraces used for biophilia, including beehives to support the local ecosystems.

Williams stressed these projects were delivering financial as well as environmental benefits, noting that "people pay a better rent for a greener building, it's the way the market is going".

Brown said that Burberry's experience with its landlords and other partners in London had given the business confidence that the capital was now well-placed to meet its ambitious 2030 net zero target.

"I think there's been a step change in the engagement from companies in different sectors," she said. "London is also an amazing hub. What I see now, for the first time in many years, is people coming together to find solutions in many different industries."

Her confidence was echoed by David Stephens, head of real estate in London for HSBC, who said the market was already making investing in and improving sustainability practices an essential part of the business model for property firms such as Derwent. "If buildings aren't brought up to those standards, you won't be able to rent them, the value will drop away and you'll end up with a lot of stranded assets," he warned. "From HSBC's perspective, it's about speaking to clients now and understanding where they are on their sustainability journey."

There is a long way to go to deliver on London's net zero target, but there are signs that the landlord-tenant relationship that has for so long served to undermine investment in green building upgrades is evolving in a way that could quickly see net zero commercial properties become the norm.

You can now watch all the sessions from this year's Net Zero Festival on demand.