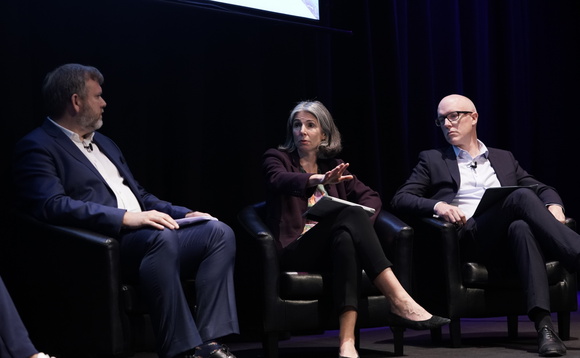 The worrying market response to the Treasury's 'mini-Budget' over the past week compounded by the continuing energy crisis are set to have a direct impact on the pace and scale of the UK's journey to net zero, several top business leaders warned at the Net Zero Festival today.

But experts from the Confederation of British Industry (CBI), consumer goods giant Unilever and investment firm Phoenix Group nevertheless also emphasised this morning that investment in low and zero carbon technologies made increasing economic sense amid soaring fossil fuel prices, and that such efforts were therefore unlikely to be scaled back.

Thomas Lingard, global head of sustainability and environment at Unilever, said that economic concerns were unlikely to blow his company off course when it comes to the path to net zero. "We're all clear on the current challenges in the economy and also clear on the challenges that the climate crisis brings," he said. "I'm fortunate to work in a company where we don't have to spend too much time debating whether we are going to deliver our climate commitments and more time on how we are going to meet them."

Lingard and his fellow panellists sympathised with the view the UK's challenging economic circumstances - which has seen the pound drop in value and the Bank of England taking emergency action to try and avert a recession - could affect how the net zero transition plays out over the next year and beyond.

But Tim Lord, head of climate change at Phoenix Group, agreed that the path to net zero would likely be protected from economic turmoil as the motivation to decarbonise had evolved.

"Historically the arguments for tackling climate change have been a moral - ‘it's going to be super expensive but we need to do it anyway'," he said. "That's a very powerful and important argument but now the economic argument is stronger too."

"As a big investor, what we ask ourselves is where are the major opportunities in the coming decades and which sectors are growing?" Lord added. "When you look at rising gas prices, there is a huge economic opportunity [in net zero-related investment]."

Lord, who previously worked as the director of clean growth at the Department of Business, Energy and Industrial Strategy (BEIS), before moving to lead on net zero policy at the Tony Blair Institute for Global Change think tank - added that the increasingly-obvious effects of climate change were pushing investment in sustainability up the chain of command for many corporates.

"My Twitter feed this morning was a combination of market disasters and apocalyptic scenes in Florida, so the physical risks of climate change, alongside the transition risk of stranded assets, have become really important to business leaders," he said. "It means this has moved from an issue of corporate social responsibility to a really core priority for chief executives and chief finance officers."

Meanwhile, Rain-Newton Smith, chief economist at the CBI - which represents 190,000 British businesses - that the twin energy and cost-of-living crises further underscored the case for pushing forward with decarbonisation and green energy in the corporate sector.

"In the face of this energy crisis we have to accelerate our investment in renewable energy and we also need to think about energy demand, how we heat our homes and buildings as well as increasing energy efficiency," she said.

"If we go through the energy transition without support for low-income households it will be too brutal," she added. "Therefore, excluding energy companies from the conversation doesn't work - we all need energy today. And we have a large proportion of our energy use that is dependent on fossil fuels - we can't switch that off overnight or poor people in their homes will go cold."

Beyond households and businesses, moreover, Newton-Smith highlighted the huge pressure on energy-intensive businesses and heavy industrial manufacturers this winter and beyond in the UK, who are now contending with soaring costs. Tackling energy and emissions from these high-emitters can produce huge gains for UK decarbonisation efforts, as well as nearby communities, she added.

"It's partly about investing in energy but also acknowledging that decarbonising the steelworks at Port Talbot, for example, would make a real difference to the overall levels of carbon the UK is putting into the atmosphere," Newton-Smith said.

Government to spend £1.5bn on UK home efficiency upgrades ahead of winter