Imagine a world where women are paid as much as men. Where as many girls complete schooling as boys. Where women are no more vulnerable to natural disasters and extreme weather as the next man, where they no longer need to fear the threat of domestic violence or forced marriages. When they can walk into a board room and expect to see as many female faces around the table as male ones.

If nothing changes, our children and our grandchildren won't live in such a world. Neither will our great-grandchildren, although by then it might be inching closer. According to the World Economic Forum, at the current rate of progress it will take another two centuries before women and girls have access to the same opportunities and economic power as men.

As our long read feature last week made clear, as a global community we need to move much faster on delivering true gender equality - especially if we want to successfully tackle climate change. So here at BusinessGreen we have spoken to the experts, and compiled five top tips sustainability executives need to know for embedding SDG5 and its goal of ending gender-based discrimination into their CSR strategy.

1. Do a climate risk assessment

But this should be a climate risk assessment with a difference, says Sam Harris, manager at BSR and author of a 2018 report on the business case for empowering women and tackling climate change.

She advises firms to not only look at the risk their raw commodities face at the ground level, but also how climate change is set to impact the lives of workers and communities in any given region and what can be done to build their resilience. "If you do have a hurricane and you have a business which is invested in a certain area, and you don't look at how the community is able to respond to these disasters and climate-related events, then you lose either your workforce or consumer market," she warns. "The hope with my research on this and the frameworks we are presenting is that we are trying to show businesses that it's not just your buildings you should care about - it's your employees and your customers."

Coca-Cola's senior director of social impact Angie Rozas agrees, describing how Coca-Cola's work to empower women in Coca-Cola's supply chain in the Philippines paid off in the aftermath of the 2013 Typhoon Haiyan.

"Shortly after [the typhoon] the Department of Trade and Industry (DTI) called on businesses and corporations to help revive the devastated area," she tells BusinessGreen. "And because access to basic goods had become difficult, and all of the basic commodities were inflated in terms of rising cost, the DTI focused on how to revitalise efforts with the micro enterprise economy - those small retailers like the [often female-run] sari-sari stores, in order to get the necessities within reach of those who needed it."

Rozas says Coca-Cola's extensive work to empower women-led sari-sari stores in the region helped to re-establish supply chains and distribution networks in the damaged areas. "Coca-Cola Philippines - along with other donor partners, NGOs, etc - leveraged their established sustainability efforts to help rebuild the Visayas region," she says. "Which would have been very difficult to do, had they not already had the backbone of this programme established."

2. Use what you already have

An integrated approach will also help companies consider gender equality not as a last-minute 'add on' but as a central part of corporate policy. Alexandra Palt, chief corporate responsibility office of beauty giant L'Oreal, describes how this cross-cutting assessment works in practice: "We evaluate not just the environmental situations, but also the social and societal situations. We look into the sustainable aspects from an environmental perspective, so that we look into issues of how we can employ better, more sustainable agricultural practices, what is planted, co-cropping, how we fight against parasites with natural methods, and so on. But then we also look into how to create additional income for women. So very often we propose additional activities which have a better sustainable impact from an environmental perspective, but which will also allow them to improve their households or the revenue."

First and foremost, she stresses the importance of knowing exactly who you are targeting with your message. "Who's your audience?" she says. "Are you talking to government officials, are you talking to the general public, are you talking to a small group of rallyists? Understanding your audience is the most fundamental part of any campaign, and then you need to go from there. Because if you are not being relevant to the audience we are talking about, if you are not making it something they can relate to, then it's really hard to make your messaging stick with them."

Firms must also be careful not to alienate people with a controversial message - particularly on a topic like female empowerment, which without careful handling could quickly spark controversy. "Bold is good, but you want to strike that balance and you want to make sure that you are not putting off someone," she says. "And you also want to make sure that you are not pointing the finger. Because we are not trying to say 'this is your fault', we all have a responsibility in this conversation and in this movement."

4. Seek out the 'golden triangle'

Addressing social issues such as gender equality can rarely be done successfully when companies or organisations work in isolation. When it comes to such complex, and potentially culturally sensitive topics, sustainability executives should look to build a team of organisations from across the public, private and third sectors. "No one organisation or government can do this work alone," says Rozas. "It really requires the power of partnerships, to bring together what we call the 'golden triangle' of government, civil society, and the private sector."

It might be frustrating for nimble companies to partner with slower-moving government departments, but Rozas urges executives to remember such agencies often have skills, contacts, and training that the private sector may not be able to offer. "When you are talking about partnerships between government, civil society and the private sector, it's not an easy thing to do," she says. "But in order to go further to the cultural sensitivities, which are best understood and appropriately navigated at the local level, you have to utilise those people and different aspects of partnerships that are best positioned to understand how to account for them."

As with developing any kind of sustainability target, when it comes to gender equality the temptation can be to plump for a big, bold number - and work out how you will meet it afterwards. But Rozas urges firms to resist that temptation and set a headline target that is in line with an achievable delivery strategy.

"The goals should be stretched in ambition, but then they really need to be clearly aligned from top to bottom of the organisation, with a pretty pragmatic plan on how they could be achieved," she says. "You really need to push back on leaders to ensure that it's not just about the big flashy goals, that there's actually alignment on the people who are going to have to contribute to the goal, and that there's a fairly pragmatic plan that they understand."

For example, when developing Coca-Cola's 5by20 programme back in 2010, which aims to enable the economic empowerment of five million women by 2020, executives at the drinks giant had already put in the leg work to ensure it was a feasible goal. "There was some work that was done with our strategic planning group to understand the number of women who owned small retailers… so that we knew it was something that could actually be achieved," she says. 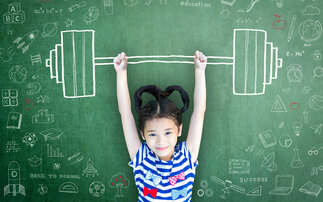