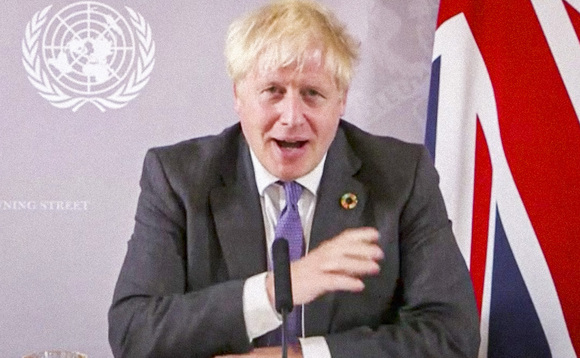 Whisper it, but was it a rather good reshuffle for the net zero agenda and the wider green economy?

There was continuity at the top of the Department for Business, Energy, and Industrial Strategy, Department for Transport, and the COP26 team, where Kwasi Kwarteng, Grant Shapps, and Alok Sharma all face a daunting autumn of turning ambitious net zero strategies in actionable policies and diplomatic breakthroughs.

At Defra George Eustice  will continue to face questions about the pace and effectiveness of the much anticipated green farming subsidy reforms and revamped waste and resources strategy. But with the broad framework of the ambitious reforms launched by Michael Gove still in place there is probably more to be gained from letting Eustice finish the job than risking yet another change of leadership.

Meanwhile, the hope is that Gove will now bring his reforming zeal and 'shy green' sensibilities to a housing brief that has long been a laggard on the climate agenda. There is clear for potential for Gove to connect his support for the net zero transition and his love of the natural world to tackle the planning and housing policy morass, empower local authorities' climate plans, and unceremoniously block proposals for new coal mines.

Over at the Department for International Trade there is a similar hope that Anne-Marie Trevelyan can apply her recent experience of the clean energy revolution to a trade brief where Liz Truss was guilty of sidelining environmental concerns.

With Greg Hands moving in the opposite direction to take on Trevelyan's old role as Energy Minister it looks as if the crucial energy brief has been handed to an MP with a reputation for quiet competence and an interest in accelerating the net zero transition. Although, green economy insiders will be hoping he is now given the time to master a complex brief. As Tim Lord of the Tony Blair Institute noted there have now been four Energy Ministers since the net zero target was legally adopted a little over two years ago.

However, perhaps the single biggest boost to the net zero agenda came with the return to government of Simon Clarke, who has been appointed Chief Secretary to the Treasury and given a seat in Cabinet. Clarke was a vocal advocate for the net zero agenda and the crucial role it can play in 'levelling up' the economy long before both were fashionable. He is a canny operator who has been integral to the expansion of the green Tory caucus. Having led the remarkably successful parliamentary campaign to get the net zero target on the statute book, he will now make the case for a more ambitious approach to decarbonisation from the heart of the department that has arguably been the biggest block to bolder climate action over the past decade.

It is an open secret that there have been tensions between Number 10 and Number 11 over the pace and direction of the net zero transition. Clarke's appointment suggests the Prime Minister is serious about moving faster with his climate and levelling up agendas.

That said, challenges and concerns remain. In Rishi Sunak, Liz Truss, and Priti Patel, three of the great offices of state are filled by ambitious politicians who are yet to convince anyone they really understand the scale of the climate threat or the green economic opportunity. There are no Green Tories currently among the frontrunners to replace the PM when the time comes - far from it.

Meanwhile, the appointment of Nadine Dorries and the promotion of Truss suggests the government is still happy to stoke the culture war fires and nurture the free market ideologies that could yet incinerate its vision for a green and levelled up economy. Throw in the very real potential for a winter energy crisis to coincide with an angry diplomatic stand-off at COP26 fuelled by UK and US submarine-based sabre-rattling at China, and the new green team could yet find itself quickly overtaken by events this autumn.

Overall, the Prime Minister's team of green Ministers looks stronger than it did at the start of the week and Number 10 has sent a pretty clear signal that it is serious about its environmental and economic priorities for the autumn and beyond. However, that is not to say significant and much needed progress is now guaranteed. What is needed - what has always been needed - is ambitious and bold leadership from Number 10 to turn its welcome rhetoric into the irreversible and actionable climate policies and properly funded green stimulus and skills programmes that can unlock the next stage of the net zero transition. That and a genuinely coherent and consistent approach that means trade, diplomatic, and domestic energy and economic strategies are all working in service of the net zero mission and not against it.

Forget whispering, Boris Johnson should be shouting about his government's green vision at every opportunity. 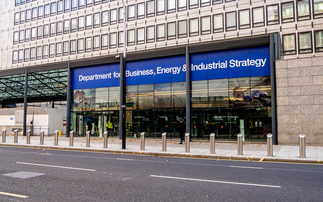