The BusinessGreen Guide to the SDGs: SDG14 - Life Below Water

How will the pledge to 'conserve and sustainably use the oceans, seas and marine resources for sustainable development' impact the global business community?

14.1 By 2025, prevent and significantly reduce marine pollution of all kinds, in particular from land-based activities, including marine debris and nutrient pollution.

14.2 By 2020, sustainably manage and protect marine and coastal ecosystems to avoid significant adverse impacts, including by strengthening their resilience, and take action for their restoration in order to achieve healthy and productive oceans.

14.3 Minimize and address the impacts of ocean acidification, including through enhanced scientific cooperation at all levels.

14.4 By 2020, effectively regulate harvesting and end overfishing, illegal, unreported and unregulated fishing and destructive fishing practices and implement science-based management plans, in order to restore fish stocks in the shortest time feasible, at least to levels that can produce maximum sustainable yield as determined by their biological characteristics.

14.5 By 2020, conserve at least 10 per cent of coastal and marine areas, consistent with national and international law and based on the best available scientific information.

14.6 By 2020, prohibit certain forms of fisheries subsidies which contribute to overcapacity and overfishing, eliminate subsidies that contribute to illegal, unreported and unregulated fishing and refrain from introducing new such subsidies, recognizing that appropriate and effective special and differential treatment for developing and least developed countries should be an integral part of the World Trade Organization fisheries subsidies negotiation.

14.7 By 2030, increase the economic benefits to Small Island developing States and least developed countries from the sustainable use of marine resources, including through sustainable management of fisheries, aquaculture and tourism.

14.A Increase scientific knowledge, develop research capacity and transfer marine technology, taking into account the Intergovernmental Oceanographic Commission Criteria and Guidelines on the Transfer of Marine Technology, in order to improve ocean health and to enhance the contribution of marine biodiversity to the development of developing countries, in particular small island developing States and least developed countries.

14.B Provide access for small-scale artisanal fishers to marine resources and markets.

Accurate data on the world's oceans is, by definition, difficult to come by. Their sheer scale and remoteness makes it hard to get a precise handle on the health of marine ecosystems, levels of pollution, and size of fish stocks. However, what we do know points to habitats that remain under serious threat from a combination of eutrophication, acidification, over-fishing, and plastic pollution.

Meeting SDG14 is made even more challenging by the fact may of the specific targets agreed by the UN set a target date of 2020, rather than 2030. Effectively ending all over-fishing, illegal fishing, and damaging fishing subsidies within two years is a staggeringly ambitious - and many would argue totally unrealistic - target.

More generally progress against the SDG14 targets is mixed.

Perhaps the biggest challenge is presented by eutrophication and acidification, and the dead zones and coral bleaching that result. The most recent UN figures suggest that of 63 large marine ecosystems evaluated under the Transboundary Waters Assessment Programme, 16 per cent are in the 'high' or 'highest' risk categories for coastal eutrophication. Meanwhile, studies of marine acidity at open ocean and coastal sites around the world "have indicated that current levels are often outside pre-industrial bounds". Fears remain that increasing greenhouse gas emissions will inevitably lead to a accompanying increase in ocean acidification. The latest IPCC report warned earlier this month that 1.5C of warming would see more than 90 per cent of the world's corals eradicated, while 2C would see them virtually wiped out.

Various environmental impacts on marine habitats remain a significant threat to fishery stocks, but it is over-fishing that presents the biggest challenge. According to the UN the fraction of the world fish stocks that are within biologically sustainable levels fell from 90 per cent in 1974 to 69 per cent in 2013. However, there is some cause for optimism in the news that the upwards trend in rates of over-fishing trend has slowed and appears to have stabilised between 2008 and 2013. There are signs that effective fisheries management policies can work, but then again increasing demand from the expanding global middle class continues to present a challenge to fish stocks.

Encouragingly, the reach of fisheries management regimes and marine protection zones is increasing. Around 70 per cent of the respondents to a survey representing 92 countries and the EU have introduced or developed regulations, policies, laws, plans or strategies specifically targeting small-scale fisheries. Meanwhile, as of January 2018 16 per cent of marine waters under national jurisdiction were covered by protected areas - more than double the level recorded in 2010. Protection of marine Key Biodiversity Areas (KBAs) has also increased, with mean coverage now reaching 44 per cent compared to 30 per cent in 2000, while plans are still being considered for a giant Antarctic Marine Sanctuary.

The obvious business impacts from SDG14 will be on the fishing industry and food companies. However, there are wider implications for a number of sectors, including the tourism industry that relies so heavily on clean marine habitats, the plastics industry that has borne the brunt of public opprobrium over marine pollution, and the agricultural sector that is one of the main causes of eutrophication through fertiliser run-off.

More broadly, a full scale collapse of marine ecosystem - which under runaway global warming and continued over-fishing scenarios cannot be ruled out - would deal a major blow to the global economy through the resulting impact on food security and damage to coastal communities.

The key target to prevent and significantly reduce marine pollution of all kinds by 2025 implies a major overhaul of waste and recycling processes, a crackdown on plastic waste, and significant changes to agricultural policies. Meanwhile, tackling ocean acidification can only be achieved in the long term by drastically reducing carbon emissions.

The bulk of the risks associated with SDG14 arise from it not being met. Unsustainable use of the oceans is inherently unsustainable and at some point the impacts of over-fishing and marine pollution will flow through the food chain and do enormous damage to the global economy.

More locally, failure to tackle over-fishing, eutrophication, and other forms of marine pollution have the potential to obliterate coastal economies, whether they are reliant on marine resources for fishing, tourism, or flood protection. A high profile case in point is Australia's Great Barrier Reef, which is estimated to be worth $6.4bn a year to the country's economy (although in actuality is priceless), but is facing significant challenges in the form of coral bleaching and other impacts.

However, efforts to improve marine protection are invariably controversial, despite being broadly popular with the public, and they can introduce significant challenges for businesses.

Public pressure and policy measures to tackle plastic waste are leading to huge implications for the plastics industry, consumer goods firms, and retailers, as they are forced to adapt to a changing market and regulatory landscape. The agricultural sector can expect to face similar pressures when the spotlight shifts towards the escalating impact of eutrophication.

The fishing and food industry ultimately stands to benefit from effective sustainable fisheries management and improved marine protection zones, but fishing trade bodies tend to fear that over-zealous policies will undermine industry revenues. Any crackdown on illegal and unsustainable fishing also presents risks for consumer-facing food companies, which have already found themselves targeted by campaigners for not introducing stronger safeguards across their supply chains.

The promise to crackdown on marine pollution should create new markets as alternative materials and technologies are sought to minimise the impact of waste and fertilisers.

There is already some evidence this is happening in the global 'war on plastics' with R&D spend on alternative materials increasing and companies exploring more circular economy business models. Similarly SDG14 provides another route through which to encourage more sustainable agricultural techniques that tackle fertiliser run-off.

An end to over-fishing should secure the long term future of the fishing industry, while also creating more opportunities for sustainably managed fisheries and emerging aquaculture practices, which may face questions over their environmental impact but could also provide a route to delivering sustainable food supplies.

More broadly, delivery on SDG14 will prove critical to the continued economic development of many developing economies, particularly those amongst small island states.

The promise to strengthen the resilience of marine and coastal ecosystems also raises some intriguing possibilities for businesses. A growing body of evidence suggests better management of natural features can provide a low cost means of enhancing coastal protection, which will become an ever more urgent task in the face of rising sea levels and escalating storm risks. Meanwhile, offshore renewable energy is thought to have potential to improve ecosystems, through the creation of artificial reefs and effective no fish zones. 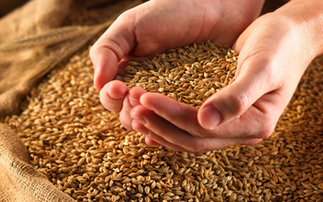 Results of a decade-long study conducted on a 1,000 hectare farm in Buckinghamshire reveal positive outcomes for wildlife and food production