SSE powers up net zero target for 2050 'at the latest' 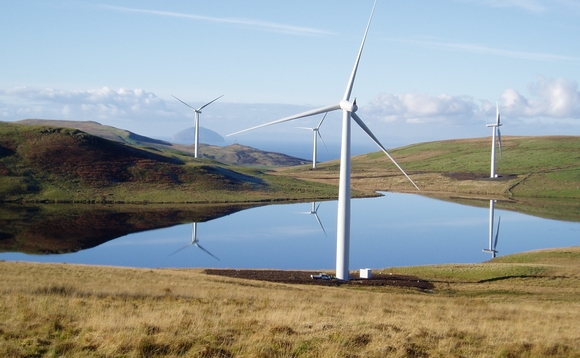 SSE has become the latest UK energy supplier to set a net zero emission target, pledging to fully decarbonise its business operations by 2050 "at the latest".

The company announced this morning that it has joined the UN's Race to Zero campaign and is to set a new science based emissions target that will be in line with the ambition to limit global warming to a maximum of 1.5C.

The move will also mean a further upgrade to SSE's medium term emissions targets, which were strengthened earlier this year in a bid to bring its goals into line with a "well below" 2C global warming trajectory. During the summer the company announced new targets which were approved by the Science Based Targets Initiative and would SSE reduce its Scope 1 greenhouse gas emissions 60 per cent against a 2018 base year to 120g CO2e/kWh by 2030, bolstering its previous target to reduce carbon intensity by 50 per cent to 150g CO2e/kWh.

At the time the company also committed at the time to cut its absolute Scope 1 and 2 emissions by 40 per cent against a 2018 base line by 2030 and work with its supply chain to ensure half its suppliers have their own science based target in place by 2024. And it pledged to reduce emissions from the use of its products - including heat - by 50 per cent by 2034 against a 2018 base line.

A spokesman for SSE said it would review its existing targets and decarbonisation pathway within five years to seek to align the medium term targets to a 1.5C trajectory.

"Preventing climate change is the responsibility of everyone," said Martin Pibworth, SSE Energy Director. "At SSE, we have pinned our business future on providing the low carbon infrastructure that helps the UK and Ireland achieve their climate targets. But we must have our own house in order too. That's why SSE is today, committing to achieve 'net zero' carbon emissions from all of our business operations by 2050 at the latest."

He also urged more businesses to sign up to the Race to Zero campaign ahead of next year's COP26 Climate Summit in Glasgow.

The commitment was welcomed by COP26 High Level Climate Action Champion, Nigel Topping, who said it was "great that SSE is joining the Race to Zero and very encouraging to see its ambitious low-carbon investment plans".

"We encourage all energy companies to step up with the same level of ambition and join the Race to Zero," he added.

SSE is part of a growing trend that has seen many of the UK's energy suppliers commit to full decarbonisation, with some aiming to deliver net zero emissions as early as 2030.

'The issues that matter most': Asda publishes maiden ESG report