'We are still not on track': UN warns lack of cash stalling progress on SDGs

The UN's sustainability agenda - which targets a vast range of issues, from inequality to climate change - requires annual investments of $5-7 tr to ensure its goals for 2030 are met, the body estimates.

However, current funds are falling far below that level. In 2018, for example, net Official Development Assistance totaled $149bn, down by 2.7 per cent in real terms from 2017.

The UN called for a major redirection of private resources to help fill the financing gap.

"The bottom line is that we are still not on track," said deputy Secretary-General Amina Mohammed. "And the urgency of achieving the goals, of which ambitious climate action is a part, demands that we pick up the pace."

The stark warning came as the UN held a high-level meeting on financing for sustainable development last week, bringing together government, business and financial sector leaders to discuss the issue for the first time since a groundbreaking meeting in Addis Ababa in 2015.

That meeting gave birth to the Addis Ababa Action Agenda, which remains the main roadmap for financing the SDGs. However, a series of challenges - including uneven economic growth, rising debt levels, and falling foreign direct investment - have impeded progress since the 2015 agreement.

UN leaders said the private sector must reform to funnel more cash towards sustainable development. "In light of the significant challenges we face, the sustainability transition in financial systems is not happening at the required scale, nor at the required pace", said Liu Zhenmin, the Under-Secretary-General for Economic and Social Affairs, in an interview with UN News.

However, there was better news at the UN Climate Action Summit last week, where a host of countries promised to increase their contributions to the Green Climate Fund. Similar announcements were made by banks and asset management companies, committing to redirect their investments with a focus on sustainability concerns.

Siemens and UK100 tee up £100bn for local climate action 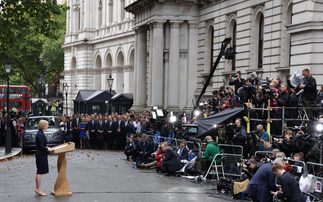