The Paris Summit may have gone down in history for delivering an international climate change deal that promises to invigorate the global green economy, but it also provided arguably the biggest showcase yet for the benefits of electric vehicles (EVs).

Throughout the two-week long summit, Renault-Nissan Alliance provided a fleet of 200 EVs in the form of its Renault ZOE and Nissan Leaf cars and its Nissan e-NV200 people carrier. The fleet was used to shuttle VIP delegates and negotiators to and from the site and provide logistical support at the giant Le Bourget conference centre to the north of Paris.

The company this week confirmed that throughout the course of the summit the vehicles travelled 110,000 miles, saving nearly 182 barrels of oil and 18 tons of CO2 tailpipe emissions.

It added that the fleet was the world's largest electric-vehicle fleet ever provided to an international conference.

In total, the fleet made more than 3,800 transfers shuttling accredited delegates to and from hotels to the conference venue. Renault and Nissan employees volunteered as drivers and electric vehicle ambassadors for the cars, which were available to COP21 delegates as a complement to free public transport passes.

The company also deployed a charging network to support the fleet, setting up a network of 90 quick and standard charging stations in strategic locations. The stations were powered by low-carbon electricity provided by French electric utility company EDF, while any residual emissions were offset under an accredited UN carbon offsetting programme.

The company added that 13 of the 27 quick and ‘semi-quick' charging stations installed in support of the fleet will be retained, including two new charge points at Charles de Gaulle Airport, two on the principal highway surrounding Paris, and one at Orly Airport.

In addition to showcasing one of the world's largest EV fleets, the summit also saw a number of national and regional governments team up to launch the Zero Emission Vehicle Alliance.

The UK, Germany, Holland and Norway were joined by the regional governments of California, Connecticut, Maryland, Massachusetts, New York, Oregon, Rhode Island, Vermont, and Quebec in supporting the new initiative, which aims to share best practices on how to accelerate the development and adoption of zero emission vehicles.

Five steps between the UK and a renewable future 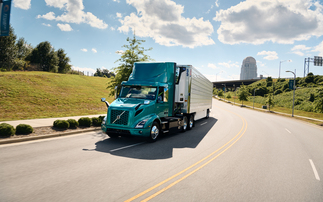 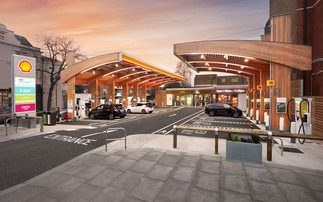 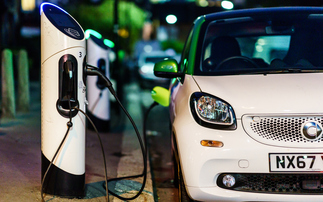 Transition to electric vehicles now 'inevitable' in UK and much of Europe thanks to declining upfront costs, major new study finds