The UK government has this week announced arguably its biggest commitment to date in the battle to tackle global deforestation, pledging to provide £144m of funding to support two major new initiatives.

In comments that are likely to anger some of her Conservative colleagues on the backbenches, Greening stressed that urgent action was required to tackle escalating climate risks. "Climate change has the potential to halt or undo the progress we have made in the last two decades," she said. "Without action the world will get hungrier, poorer and more dangerous in the years to come. There is no point in building a health clinic for poor people in Bangladesh if it will get washed away by the next floods."

She added that both governments and businesses now needed to invest in forest protection as it was "the smart thing to do". "British businesses are already leading the way in setting up long-term sustainable supply chains," she said. "Our assistance will help companies, communities, smallholders and governments work together to reduce deforestation and increase crop yields."

That assistance will take the form of a new £60m programme dubbed the Investments in Forests and Sustainable Land Use initiative, which will encourage businesses to support public-private initiatives to improve forest management, and an £84m Forest Governance, Markets and Climate programme, which will support EU efforts crackdown on trade in illegal timber.

Specifically, the new Investments in Forests and Sustainable Land Use initiative will support 10 to 15 major public-private partnerships, including corporate supply chain initiatives to support smallholder farmers and produce sustainable palm oil and timber.

"Smallholder oil palm farmers, for example, currently receive around half of the yield that they should when compared to professionally run plantations," DFID explained in a statement. "By supporting investments to improve the productivity of their existing plantations, UK support can help these farmers increase their yields without clearing more forest."

In related news, consumer goods giant Unilever announced last night it is to team up with DFID on a related initiative to improve water and sanitation in developing countries and deliver more sustainable supply chains.

Under the partnership, DFID and Unilever will launch a joint initiative to improve health, hygiene and livelihoods for 100 million people by 2025, while each will additionally contribute £5m to a research and innovation programme focused on affordable sanitation and safe drinking water.

"British businesses have the potential to make an enormous contribution to the fight against extreme poverty around the world," said Greening. "This partnership, the first of its kind, will combine our expertise and networks to help millions of the world's poorest people find jobs, improve water and sanitation and, ultimately, end dependency on aid. This is not just good for the developing world, it is good for Britain. The frontier economies we will be working to improve are ultimately Britain's future trading partners."

Amber Rudd: 'I'm a Thatcherite when it comes to climate change' 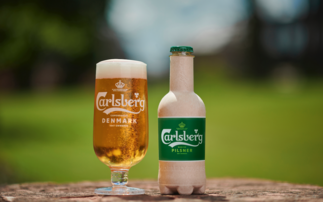