German energy giant plans to install 144,000 panels on a former airbase in Oxfordshire

A former wartime airbase will soon host one of the UK's largest solar generation sites, providing enough power for about 10,000 homes, according to project developer Conergy.

A ground-based array of 144,000 photovoltaic panels will be installed at Kencot Hill Farm, about 20 miles west of Oxford, providing a peak output of 37MW and avoiding about 380,000 tonnes of carbon dioxide emissions over its 24-year lifetime.

The project is backed by German energy giant RWE and marks the company's first venture into solar generation in the UK. Essen-based subsidiary RWE Supply & Trading acquired the project from its initial developer and intends to sell the completed facility to Foresight Solar Fund, a Jersey-based solar-generation investment vehicle listed on the London Stock Exchange with around 100MW of operating solar capacity. Foresight Solar Fund is run by UK-based Foresight Group, which currently manages assets worth more than £1bn.

The 129-acre site was formerly RAF Broadwell, which was operational between 1943 and 1947. Sections of concrete runway and a few airfield buildings remain, and will be cleared as part of the redevelopment of the brownfield site, which has been disused for decades. Planning permission for the solar farm was granted in 2012 and full operation is now expected at the end of this summer.

Only a handful of solar farms in the UK are larger. Earlier this month planning approval was granted for a 50MWp project that will see 196,000 panels installed at another former RAF aerodrome in Faldingworth near Lincoln.

The Kencot Hill project will include a variety of measures to protect the existing ecology of the site. An impact assessment carried out in 2012 by specialist consultancy Windrush Ecology concluded that the unmanaged land currently provides a diverse grassland environment that is home to various reptile and bird species, including ground-nesting skylarks. The successful planning application included a variety of steps to maintain the existing biodiversity and to improve the hedgerows at the site's boundaries.

Stefan Judisch, chief executive of RWE Supply & Trading, noted that RWE will provide the financial muscle needed to take the project from inception to delivery, bridging the gap between the initial developer and the eventual owner. "RWE aims in future to repeat this structure, attracting additional investors and thus helping the UK and other European governments to deliver their CO2 reduction and renewables targets", he added.

Robert Goss, managing director of Conergy in the UK, said, "The latest IPCC report highlighted the need for increased investment in low-carbon power, so RWE's commitment to British solar is very welcome." He added that large-scale plants already provide power to tens of thousands of homes, and will avoid "millions of tonnes of carbon emissions". 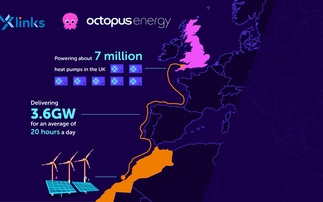 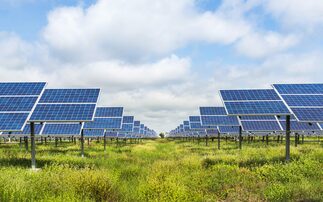