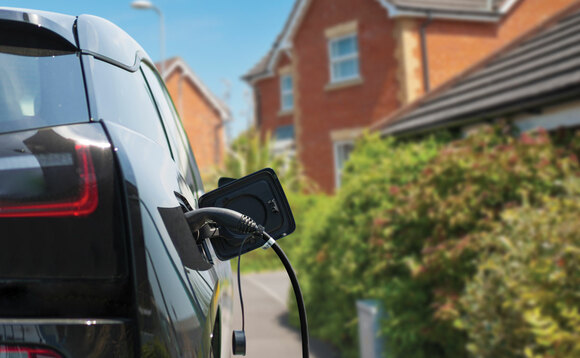 Influential consultancy details how five major shifts will be necessary to steer the global economy on to a sustainable path, and that a laggard approach to the decarbonisation of power and transport now will have direct impact on the levels of reforestation required later

To avoid potentially disastrous levels of climate change, the consensus is clear: global temperature must rise no less than 1.5C and net carbon emissions must not exceed 570 gigatonnes by mid-century. But how do those numbers translate into a credible trajectory for economic development, especially in the wake of the coronavirus crisis?

An ambitious new report from influential business consultancy McKinsey, titled Climate math: What a 1.5-degree pathway would take, represents the latest effort to address this question. Published last week, the research outlines five major business, economic, and societal shifts it believes could set the global economy on to the '1.5-degree pathway'.

"Even amid the Covid-19 uncertainties, more and more governments and businesses are focused on how to shift to a net zero by 2050 pathway in an effort to keep global climate below the 1.5C warming threshold," report authors Kimberley Henderson and Matt Rogers told BusinessGreen in an email exchange on Friday. "Our analysis aims to show in practical terms what it would take and just how hard it would be. "

They argue that the road ahead is onerous, but not impossible. "Without urgent, global, comprehensive action to bend the emissions curve before 2030, a 1.5-degrees Celsius pathway is likely out of reach," they warned. "Our analysis aims to paint a clear and comprehensive picture of the actions global business could take to get there."

At its current rate, the world risks exhausting its remaining carbon budget by 2031, the report calculates. To keep temperature increases under that critical threshold, carbon emissions must be halved by the end of the decade compared to 2010 levels, according to the analysts, and all greenhouse gas emissions cut by roughly 40 per cent in the same time frame.

The five broad, interconnected "shifts" that could steer the globe on to a 1.5-degree pathway over the next decade include the electrification of road transport and housing; the reformation of the food and forestry industries; and the decarbonisation of power and fuel, primarily through the acceleration of the renewable energy and the expansion of the hydrogen fuel and bioenergy markets. Turbocharging natural and technology-based carbon removal efforts will also be critical, as will the conversion of heavy industry to become more efficient, more circular, and less reliant on fossil fuels.

McKinsey worked with experts across different sectors to build three different '1.5-degree pathways'. The first assumes rapid decarbonisation of all sectors and would see all major sectors, covering agriculture, industry, transport, buildings, avoided deforestation, and power, abate at least 30 per cent of their 2016-level carbon dioxide emissions by the end of the decade. The second and third scenarios assume slower approaches to the decarbonisation of power and transport, which would require much more aggressive reforestation efforts.

Henderson and Rogers said the report offers business leaders a better understanding of the future as they confront big decisions in the short-term. "Business leaders need knowledge of the shifts required for a 1.5C pathway, clarity about the relevance of each to their companies," they said. "They need insights into the difficult trade-offs within and across sectors that would be involved and creativity to forge solutions that could be as urgent and far-reaching as the climate challenge itself."

But the scope of the task at hand extends way beyond the world's businesses, making forecasts at this stage inherently difficult, the report warns. For example, a 1.5C future would require a "markedly different regulatory environment", significant economic incentives for companies to invest rapidly to scale up decarbonisation efforts, and individuals making quite fundamental lifestyle changes, the report notes.

As such, the analysts emphasise that the research is by no means a forecast. Instead, it "presents a picture of a world that could be, a clear-eyed reality check on how far we are from achieving it, and a road map to help business leaders and policymakers better understand and navigate, the challenges and choices ahead".

Electrification of roads and buildings

Under McKinsey's ‘best-case scenario' - one where the transport and power sectors are rapidly weaned off fossil fuels - the road transportation sector, which currently accounts for 15 per cent of carbon dioxide emissions, would rapidly migrate to electric vehicles (EVs) powered by a mix of batteries and hydrogen power cells. In this scenario, internal combustion vehicles would account for less than half of global sales by the end of the decade and be extinct by mid-century. EV sales would grow aggressively by roughly 25 per cent a year between 2016 and 2030.

If progress is slower and fossil fuel cars still account for the majority of the market by the end of the decade, the pathway to 1.5C will instead rely on dramatic levels of reforestation, the report warns.

When it comes to decarbonising housing, electrification could abate building heating and water system emissions by up to 20 per cent by mid-century, McKinsey notes. Meanwhile, integrating district heating, hydrogen and biogas could allow the buildings sector to reduce emissions by a further 40 per cent over the same timeframe.

The researchers also note that the share of households with electric space heating must increase from less than 10 per cent today to 26 per cent by mid-century on a 1.5-degree pathway, under all scenarios. And older buildings would need to be retrofitted with more efficient technologies, the research notes, while improved insulation and home energy management would also be critical to enable further emissions reductions.

The challenge is arguably even more daunting for the agricultural sector where emissions are set to increase by roughly 15 to 20 per cent by mid-century. As such, the report highlights how any 1.5C pathway would require a "large dietary shift". Ruminant protein - cows, sheep, goats and other livestock that produce methane when they digest - accounts for more than two-thirds of agricultural emissions and so a 1.5C pathway would require livestock's share of global protein consumption to fall from nine to four per cent by 2050.

Curbing the amount of food wasted from one-third of global food output to one-fifth would also be necessary, as would the emergence of new types of agricultural cultivation that shrinks methane emissions in rice production, which currently accounts for 14 per cent of agricultural emissions.

Deforestation - which is frequently, but not always, linked to agriculture - accounts for nearly 15 per cent of global carbon dioxide emissions, according to the report. If fossil fuels were rapidly reduced over the decade to come, McKinsey notes that the rate of deforestation would have to fall by 75 per cent by 2030. But in its other two other scenarios, where oil and fossil fuels remain predominant for longer, deforestation would have to be halted entirely by 2030 so that trees could act as a "critical carbon sink".

Sectors with low and medium temperature heat requirements - such as food, textiles and manufacturing - would need to electrify twice as fast in the decades to come, according to McKinsey. But harder to abate sectors with high-temperature requirements, such as the chemicals, mining, steelmaking, cement, and oil and gas industries, would "depend heavily" on innovation in hydrogen and clean fuels, the research notes.

Coal, oil, and gas companies would have to tackle fugitive methane using technologies that already exist and, in the case of oil and gas, have favourable economics, McKinsey notes.

Across the board, industrial businesses would have to embrace the circular economy and become more resource and energy-efficient. By mid-century, the research argues 60 per cent of plastics consumption should be covered by recycled materials; steelmakers should reduce emissions by leveraging scrap steel; and cement manufacturers could abate emissions by seven per cent through "short-term efficiency improvements".

The widespread electrification necessary to decarbonise homes, industry, and transport would triple power demand by mid-century and renewable electricity generation is just "one piece of the puzzle", the report notes. Hydrogen and other clean fuels would be critical to the decarbonisation of process industries with high-temperature requirements, typically less amenable to electrification.

By 2030, the annual buildout of solar PV and wind would need to be eight and five times larger, respectively, than they are today.

At the same time, coal-fired electricity generation should fall by 80 per cent by 2030 in a fast-paced scenario and by two-thirds in a slower scenario. The amount of electricity generated by natural gas must also shrink by 20 to 35 per cent.

The report argues that both green hydrogen produced by clean energy and blue hydrogen produced using natural gas with carbon emissions stored through carbon capture, could also play a role in curbing the 30  per cent of emissions in industries resistant to electrification, such as aviation, maritime, steelmaking, chemical and peak power industries.

Even if this global technolgical revolution accelerates as McKinsey envisages, further emissions savings will be urgently required to help offset emissions from hard to abate industries and deliver the 'net' in net zero. The report argues that reforestation at scale, carbon capture, use and storage (CCUS), and technology-based carbon dioxide removal approaches will be critical to the world achieving charting a 1.5C pathway.

The researchers argue that while major reforestation efforts are feasible - the necessary land exists, and carbon offset markets could catalyse efforts and innovation in the space - it is "difficult to imagine reforestation taking place on the scale or at the pace described in this article" without coordinated government action.

Under a rapid decarbonisation scenario, the amount of carbon dioxide captured by CCUS would have to multiply more than 125 times by 2050, an outcome that "exceeds the relatively bullish forecasts" drawn up by McKinsey's CCUS analysts. Innovation and regulatory support will be needed for CCUS to play a central role, the report notes.

Overall the report is a valuable addition to the growing body of work that is all pointing towards the same, simultaneusly sobering and exciting conclusion: a net zero emission economy, but it requires a global economic and industrial transformation unprecedented in pace and scale.

Convenience is key: Why single-use packaging alternatives must be frictionless 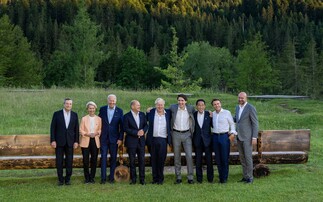 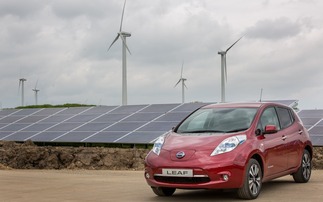 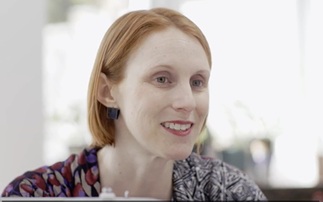