Beverley Gower-Jones has been a key figure in the UK's energy and clean tech world for several decades, having previously worked at Shell International, where she founded Shell Technology Ventures.

Since founding Carbon Limiting Technologies (CLT) in 2006 to scale up clean technology developers, the firm has worked with more than 150 start-ups in a wide range of sectors including energy efficiency, transport, distributed generation and renewables.

Gower-Jones is also managing partner at the Clean Growth Fund, a newly-launched public-private investment partnership set up alongside the UK government to support companies with products and services focussed on driving clean growth in the low carbon economy.

In our latest 'Zoom in on Net Zero' interview as part of the new Net Zero Leadership Hub, hosted in partnership with BT, Gower-Jones sits down for a video call with BusinessGreen editor-in-chief James Murray to discuss the challenges and opportunities for clean technology developers in the UK, her work alongside the government overseeing the Clean Growth Fund, and the policy mechanisms that could help unlock the much-needed finance to deliver net zero by 2050.

Fries with that? McDonald's to roll out EV chargers at drive-through restaurants

Boris Johnson promises to 'build back greener', but can he deliver? 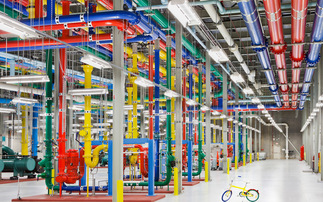