Government and industry provided a behind-the-scenes update on progress towards the decarbonisation of the UK's industrial clusters in the Creating a Zero Carbon Industrial Cluster webinar, hosted by BusinessGreen

The government provided a further glimpse into its plans to boost the UK's nascent hydrogen and carbon capture and storage (CCS) economies in a webinar hosted last week by BusinessGreen, just days after the two technologies were singled out as priorities in the Prime Minister's sweeping new 10 Point Plan for a Green Industrial Revolution.

Speaking at an event hosted in association with the Zero Carbon Humber coalition, which is working on major plans to deploy CCS and hydrogen infrastructure along the industrial corridor that hugs the Humber Estuary, Will Lochhead, head of carbon capture utilisation and storage (CCUS) policy at the Department for Business, Energy and Industrial Strategy (BEIS) explained how the government intended to reach its brand new 2030 capacity targets for hydrogen and CCUS of 5GW of power and 10MT of annual captured CO2, respectively. With the government's 10 Point Plan sparking immediate questions about whether the Treasury's relatively modest funding support for the new 10 Point Plan would be sufficient to build a world-leading green hydrogen and CCS sector, Lochhead stressed that announced capital cofunding pots would be complemented by private sector investment and revenue support mechanisms that are currently under development.

The government intends to finalise revenue mechanisms for CCS and hydrogen projects by next year, before finishing up business plans in 2022, in line with the final investment decisions of "significant projects" such as the projects proposed on Humberside, Lochhead said. These policy frameworks, Lochhead explained, would prove "vital" to delivering on the government's ambitions for hydrogen and CCS, because they would provide  investors with certainty about the long-term economic viability of plants that require significant investment to build.

Capital funding announcements to subsidise the development of the technologies -  the £500m of funding for hydrogen and £1bn for CCS set out in last week's government announcement - can only go so far in building investor confidence, Lochhead conceded.

Indeed, the government's proposed budgets for new hydrogen and CCS infrastructure have come under fire from green groups in the days following Number 10's announcement of its much-vaunted 10 point climate plan. Critics were quick to point out last week that the UK's financial provisions for hydrogen pales in comparison to the budgets unveiled by France and Germany this year - where €7bn and €9bn, respectively, has been earmarked for supporting new hydrogen infrastructure. Meanwhile, the £200m increase in CCS funding that took the budget up to £1bn simply returned promised spending to a level previously announced a decade ago under the coalition government, before support for a CCS demonstration project was controversially axed.

However, stakeholders from across the nascent hydrogen and CCS sectors expressed growing confidence that there had been a step change in the government's engagement with the industrial decarbonisation agenda and as such a host of high profile new projects could advance over the course of the coming decade.

And Lochhead emphasised that in addition to direct government funding, emerging business models would be critical to getting the industries off the ground and delivering the first large scale CCS projects and hydrogen projects in the UK. "We know from investors, the most vital bit of support is business models and revenue support, allowing that return on private sector capital investment and operational support over that contractual lifetime," he acknowledged.

The government committed last week to having two operational CCS facilities live by the "mid-2020s" and two more by the end of the decade - an ambitious timeline that will require major investment from private companies in technologies that are yet to be commercialised in the UK. But Lochhead emphasised that the government was committed to scaling up the technologies in partnership with the private sector.  "At the centre of the [10 point] plan is the UK's industrial heartlands - the north-east, north-west, Scotland, Wales, Humber," he said. "[It] positions them at the forefront of the green industrial revolution, and we think CCUS and hydrogen will be the centre of that."

Lochhead also clarified that the government intended to develop both low carbon blue hydrogen, produced from natural gas with CCS capabilities, and zero emission green hydrogen produced through the electrolysis of water using renewable energy, a detail omitted from the 10 Point Plan. "We will support both production methods," Lochhead said. "Both are very important in terms of competition, cost reduction, utilising renewable electricity but also growing the hydrogen market, we need to make sure there's bulk hydrogen supply at scale. They go hand and we are taking a twin track approach."

CCS and hydrogen are widely acknowledged to be critical to the UK's drive towards net zero emissions, with government climate advisors long advocating for both technologies to be rolled out in order to transition the UK's biggest and most carbon intensive industrial hubs away from the use unabated fossil fuels. Hydrogen has the potential to replace fossil fuels in many hard-to-abate industrial settings, such as the production of chemicals, ceramics, and steel, while CCS - which prevents carbon dioxide emissions from reaching the atmosphere by capturing them and sequestering them in geological storage sites - can play a major role in decarbonising industry, power, and blue hydrogen production.

While investors are understandably wary of investing on their own in what remain hugely expensive projects, in particular after the government axed its £1bn grant for carbon capture and storage in 2015, the launch of the government's £170m Industrial Decarbonisation Challenge Fund last year which called on investors to submit feasibility studies for projects able to decarbonise the UK's industrial hubs has spurred a number of unprecedented partnerships between industrial partners.

Zero Carbon Humber is one of the most wide-ranging projects to emerge, bringing together 12 major partners and dozens of smaller businesses and research bodies in support of a joint initiative that would see a carbon capture and storage pipeline installed across the region, crossing underneath the Humber Estuary to pipe carbon from the region's major power, steel, and chemicals plants to the Northern Endurance Partnership storage facility owned by Equinor, National Grid Ventures and BP in the southern North Sea. The partners estimate the project could capture and store 17 million tonnes of carbon a year by 2026, and would amount to Europe's largest joint hydrogen and CCS project.

A number of initial projects have been identified as part of the Zero Carbon Humber's 'anchor' initiative, including a major blue hydrogen production and carbon capture facility at a chemicals plant in Saltend being fronted by Equinor, the UK's first bioenergy and CCS (BECCS) plant at Drax power station, and plans to fit SSE's gas-fired Keadby power station with CCS systems. But the plan is that the carbon transportation infrastructure that connects the plants - and the large-scale production of hydrogen fuel - will have, in combination with a carbon price and revenue mechanisms, a snowball effect, encouraging industrial and power businesses across the carbon-intensive region to decarbonise, either by switching to low carbon hydrogen fuel or plugging in to the CCS infrastructure.

The Zero Carbon Humber partners expect these anchor projects to galvanise private investment from across the region, but also further afield, from companies looking to decarbonise. "We see this the key to unlocking private investment, not just from parties already in the Humber," said Chris Newitt, CCUS lead project manager at National Grid Ventures, which is leading the development of the project's onshore infrastructure. "We see it driving inward investment as well … The reason we have chosen that route is to get it close to existing emissions sources, but also to spread it right the way across the Humber so we can connect further emitters as we progress."

Dan Sadler, UK low carbon strategy director for Equinor, concurred, predicting that "global industries" would flock to the Humber in order to take advantage of the region's pipeline infrastructure and extensive offshore geological storage. "The key thing here is if you've got low carbon infrastructure in a region, which is connected to an offshore system which has credible, geological backdrop to expand that capacity, then what you will find is it drives inward investment, since global industries want to take advantage of that unique infrastructure," he predicted. "Because what we have to see over time is the emergence of a prominent green products market, where products that can effectively showcase they have an incredibly low carbon footprint can drive a higher economic price than those that don't. And if that is the case - and it has to be with climate commitments - companies will flock to places with this low carbon infrastructure."

The partners are hoping that the Humber region - the UK's largest and most carbon intensive industrial hub - will be the first UK cluster to reach net zero emissions, safeguarding tens of thousands of jobs currently dependent on fossil fuel industries and generating a new supply chain of green jobs and services in the process. And en route to that major milestone, the hope is that the consortium's anchor projects will be among the first operational hydrogen production and CCS projects in the UK.

But with the costs of developing these new technologies considerable, the future of the Zero Carbon Cluster is contingent on whether ministers approve a bid for £75m of funding to support the development of the plans that has been submitted to the government's Industrial Decarbonisation Challenge fund, in addition to the introduction of supportive policy frameworks that can sustain the projects in the longer term.

Despite the scale of the technological challenge ahead and the various policy and funding hurdles still to clear, panellists participating in the event were upbeat about the prospects for developing one of the world's first zero carbon clusters. They argued that despite hydrogen and CCS' chequered histories a "tipping point" had been reached.

"There's some real differences this time," Richard Gwilliam, head of cluster development at Drax reflected. "With CCS, last time [in 2015] we were looking at commercial scale: 'Can we do this?' 'What are the effects?' It was very localised. But this time around its about something that can actually make an impact into our climate change targets. It feels like the political will is fundamentally different. There's catching up to be done on policy and regulatory support, but I think the momentum and general willingness to do this means it's much more likely to happen this time. The world has moved on since 2015."

Equinor's Dan Sadler agreed. "It's the perfect storm of things that have come together," he said. "The Climate Change Committee is a [technology-] agnostic organisation, and has advised the government that CCS is a necessity, not an option, as is at-scale hydrogen deployment. We've got this collaboration of the willing from industry, we've got opportunity in terms of green products market, we've got COP26, and now this 10 Point Plan. We've got real time pressure on delivering climate change obligations in the context of net zero. We really have to get on with it now." 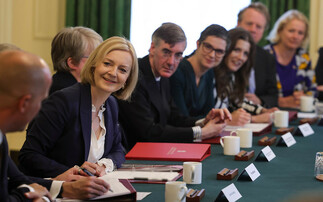 New measures to cap energy bills for businesses and public sector this winter, but scheme only confirmed for initial six months 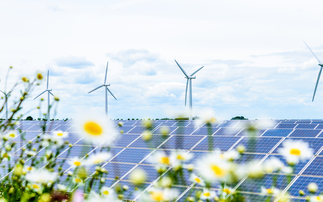