'The most essential ingredient for beer': Why Heineken is toasting its watershed strategy

Brewing giant has made SDG6 central to its water strategy, and is reaping the benefits as a result

For Heineken, there are two very important reasons to protect water resources - the first is that it is a Dutch company and dealing with challenges presented by water has always been at the forefront of life in the Netherlands. The second is that it produces beer all over the world, and beer is 95 per cent water.

"Water is a human right, and hence tightly connected to human development and wellbeing. It is also the most essential ingredient for beer," says Blanca Juti, chief corporate affairs officer at Heineken. "SDG6 is the starting point for our 2030 strategy."

Beer is 95 per cent water and to produce great beer, Heineken needs high quality water, the company says. "Furthermore, without water, we would not be able to grow barley and hops, nor to brew effectively," it adds.

Because it has operations in many parts of the world, it is exposed to areas that are becoming increasingly water stressed. Out of more than 170 production sites the company operates, 26 are in areas that have already become water-stressed and escalating climate impacts mean that over the next decade, more of its breweries are likely to face the same problem.

To date, the company's efforts have focused on cutting the amount of water it uses in the beer itself, in its bottle-cleaning and in some production processes. It has cut the amount of water it needs to make one litre of beer from five litres to 3.5 litres, a 30 per cent reduction. It has also made efforts to improve its wastewater treatment - wastewater from 96.5 per cent of its production globally is now treated and returned safely to the environment.

While the company, along with other brewers, has been very successful in reducing its own water use within its breweries, "we are looking at water in a more holistic way, putting the health of the local watershed at the centre," Juti says.

"We introduced the 'Heineken Water Triangle', which helps us prioritise actions according to three key dimensions: watershed stewardship, circularity, and efficiency," she explains, adding that all the company's breweries in water-stressed areas will work on these goals within their local context, because every watershed is "unique" in terms of its geology, climate, topography and the different groups that are using the water. As such each site requires its own contextually-relevant approach.

This is a significant change of approach because while improving efficiency and treating effluent are activities entirely under the company's control, dealing with the health of watersheds requires significant collaboration with others. "Any watershed is used by multiple users," Juti stresses. "It is not only industry, but also cities and agriculture. Collaboration between all water users to look after the watershed is important."

Heineken is already a signatory to a number of collaborative initiatives, including the United Nations Industrial Development Organization (UNIDO) on water conservation, the UN CEO Water Mandate, and the Beverage Industry and Environmental Roundtable.

These partnerships are designed to support the company's wider 2030 Vision, which brings together three key strands:

1. To fully balance within the local watershed, every litre of water used in Heineken's products in areas that are water stressed and work collaboratively with other users of the watershed so that its health is protected and communities around it can thrive.

2. To maximise water circularity in water stressed areas through recovery, reuse and recycling and to treat 100 per cent of its wastewater worldwide.

Methods of water replenishment include land restoration and reforestation, as when trees are planted, the soil can absorb more water. For example, in Spain Heineken has been working with the Andalusian government to restore four degraded lagoons in the Doñana wetlands, the largest biodiversity area in Europe and an important resting place for migrating birds and other animals. According to research by the University of Granada, this restoration project allows for one billion litres of water per year to be reabsorbed back into the watershed.

Meanwhile, in Monterrey, Mexico, the company is part of a programme that has planted half a million trees since 2015. These trees have absorbed more than 450 million litres of water; helping to mitigate flooding, improve water infiltration, raise awareness about water, and work alongside government to attract resources that favour the watershed, the company says.

Other options include desalination for breweries situated near the coast, but such technologies are notoriously energy intensive and as such the company is looking forward to the development of desalination plants powered by solar power that can slash the carbon footprint of the technology.

Rainwater harvesting is another option. For example, in Indonesia, Heineken is helping to install 'biopori' holes: narrow, meter-deep pits dug into the soil and filled with vegetable scraps and compost material. By slowing rainwater runoff, biopori holes preserve water and prevent flooding.

In addition, the company is looking at how it can reuse wastewater, not just treat it, both in its own operations in areas such as cooling and steam generation, and by making the water available to local communities. The by-products from water treatment are also being put to good use, as fertiliser in Ethiopia and to create biogas in more than 20 breweries around the world, from Brazil to Vietnam.

And the brewer is reaching into the supply chain and looking at ways to grow its barley with less water, including using more climate change-resistant varieties and precision farming.

The wide-ranging nature of water-related risks and the unique nature of each and every watershed means the development of a coherent SDG6-compatible corporate water strategy is always going to be a detailed and resource hungry affair. But as Heineken and other brewers are finding, the reputational, cost, environmental, and risk management benefits that result make it well worth the effort, especially when you consider your core product is 95 per cent water. 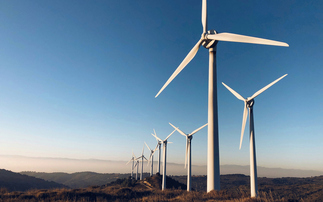