How the shipping industry is preparing for its decarbonisation voyage

As the Sustainable Shipping Initiative releases its roadmap for delivering a sustainable industry by 2040, we look at what's next for the shipping industry's post-Paris green efforts

In an attempt to set out the milestones the shipping industry will need to pass if it is to deliver on its sustainability ambitions by 2040, the industry-backed Sustainable Shipping Initiative (SSI) on Monday released its latest roadmap.

The SSI, which brings together 17 leading shipping firms and suppliers from across the industry, including AkzoNobel, Cargill, Maersk Line, ABN AMRO bank and Lloyd's Register, says the roadmap will help the sector evaluate and establish the "tangible change" that will be needed to create a truly sustainable industry. But with the industry famously avoiding any direct mention in the Paris Agreement, is sufficient progress actually being made on cleaning up the sector?

"It's almost impossible to achieve the Paris pledge without the contribution of shipping, and there is also a reference in the Paris Agreement saying that all sources of emissions will need to contribute to the emissions reduction target," Sotiris Raptis, shipping and aviation officer at European umbrella non-profit Transport & Environment (T&E), tells BusinessGreen. "We think the shipping industry is moving to the right direction, after a lot of pressure."

Along with highlighting a host of potential consequences of climate change for the shipping industry, such as rising sea levels at key ports and increased extreme weather risk, the new roadmap sets out a number of core areas where sustainability performance needs to improve and attention needs to be focused.

One key area is the diversification of energy sources and boosting of energy efficiency, alongside drastic emissions reductions.

"Currently shipping is essentially almost wholly dependent on carbon fuel, fuel oil, and in terms of emissions going forward and contribution to global climate change mitigation, it's not going to be able to continue," Alastair Fischbacher, chief executive of the SSI, tells BusinessGreen. "We will see a transition towards a multitude of fuels, initially depending upon ability to change and suitability, but [the industry] will have to make a significant change in the future both in how we transport things and how we power that transportation."

The roadmap foresees a future where the global shipping fleet achieves an 80 to 90 per cent reduction in CO2 emissions intensity for each tonne/mile travelled by 2040, based on a 2012 starting point, and sets up industry milestones along the way for gradually lowering emissions intensity. A 20 per cent reduction is envisaged by around 2020, while 50 to 70 per cent cuts are expected by around 2030.

The emissions goals are expected to be delivered through a variety of other projected changes: the increasing use of greener operational practices such as slow steaming (where ships travel at lower speeds to save on fuel), ports increasingly providing electrical power to ships when they are at berth, again saving on fuel costs, and advanced power management systems becoming standard on all ships.

However, the roadmap avoids setting any kind of absolute emissions reduction target.

The new strategy also tackles how the industry can become more transparent and accountable as technology begins to allow real-time monitoring of almost every aspect of ship performance, and includes a number of social goals such as making the work environment of the industry more healthy, safe, and secure. "Things like the COP21 outcomes will only serve to increase the requirements on the industry to be increasingly transparent about how it operates and what it does," says Fischbacher.

Fischbacher argues the roadmap, which has also been reviewed by industry stakeholders, provides a solid foundation to help ensure the sector is driving towards sustainability best practices. But he also notes it is not set in stone and will be updated as technology developments arrive. "We hope that the roadmap will be a unifying and interactive tool that will serve to drive more engagement and debate within the shipping industry," he said in a statement.

The SSI also projects a future where the UN-backed industry body responsible for maritime regulation, the International Maritime Organisation (IMO), implements a CO2 reduction plan by the end of this decade. Green groups are increasingly optimistic IMO and its sister aviation body the International Civil Aviation Organisation (ICAO) will soon come forward with proposals for global carbon pricing policies after years of delays. But fears also remain that previous opposition to putting a cap on shipping and aviation emissions could yet result in further delays or a watering down of the antitipated carbon trading plans.

Despite criticism in the past from campaigners who have said the IMO is shirking its responsibility to tackle climate change, T&E's Raptis says he believes the shipping industry is now at last beginning to move towards accepting the need for bolder climate policy action. "What is not debated now is the need to decarbonise the sector," he says, pointing to a recent paper from industry body the International Chamber of Shipping (ICS), which he says is the first time it clearly recognises the need to decarbonise the industry. "It's a remarkable shift. But we need to see concrete proposals and a concrete timetable - how this will happen."

Simon Bennett, director of policy and external relations at the ICS, is broadly supportive of the SSI's roadmap, saying it appears to be a useful complement to other work being undertaken elsewhere within the shipping industry towards ensuring that it remains economically and environmental sustainable for the foreseeable future.

"It is also consistent with the desire of ICS's member national shipowner associations to maintain a sound global regulatory framework for shipping, led by the IMO and for taking responsibility for major issues such as the reduction of CO2 emissions, while at the same recognising the special challenges confronting the shipping industry with its unique global structure," he says.

Raptis argues international regulation now has to be put in place to provide the incentives and financial tools the shipping industry needs to develop new clean technologies and invest in R&D. "What we have seen is that market forces have failed to drive more efficiency," he says, pointing to how the low price of oil is now leading some cargo ships to avoid paying the tariffs to pass through the Panama and Suez canals, preferring to take the long way round Africa instead, leading to even higher emissions. Meanwhile, a study commissioned by Transport & Environment found that efficiency of ships peaked in around 1990, he says. Good progress by a handful of shipping operators continues to be undermined by large swathe of the industry continuing to operate old and inefficient ships.

The IMO has its next environment-focused meeting in a month's time, where according to Raptis it is set to discuss a concrete timeline to put a cap on shipping emissions. With international shipping now accounting for around three per cent of global warming gases, and studies showing emissions are likely to skyrocket if action is not taken, a sea change is clearly needed.

Abu Dhabi: Is there prosperity to be found beyond oil? 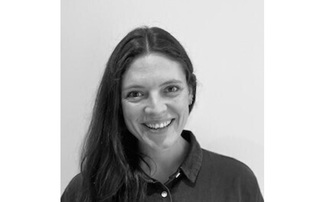 Change on the horizon: Can the SBTi steer the shipping sector on course for Paris? 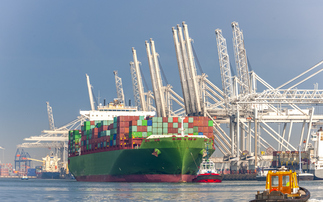 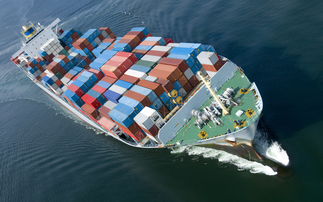