Spring Statement: The good, the bad, and the deeply worrying 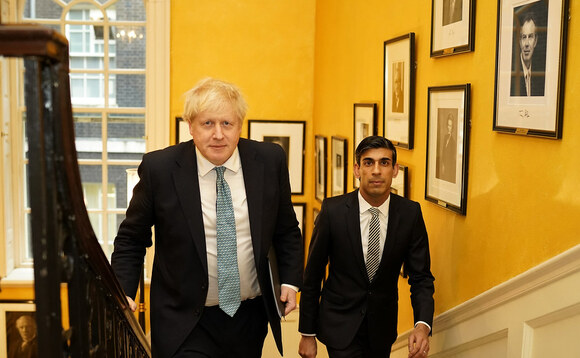 Welcome green tax cuts struggled to counter the sense of a Chancellor that does not fully understand the scale of the interlocking environmental, cost of living, and security crises the UK is facing

First, the good news, because we could certainly do with some. Chancellor Rishi Sunak's decision to make the scrapping of VAT on energy-saving materials one of the central planks of his Spring Statement is hugely welcome news. The fact energy-saving materials has been defined to include clean technologies such as solar panels and heat pumps, as well as insulation is similarly welcome. And the decision to extend this tax cut for at least five years, giving installers and manufacturers a clear signal that demand is likely to soar and they should rapidly scale up capacity accordingly, is arguably most welcome news of all.

For over a decade the clean tech sector has had to swim upstream against the bizarre anomaly where VAT on energy stood at five per cent while VAT on the materials and technologies that can save energy and carbon emissions remained at 20 per cent. We can argue over whether or not the ability to cut VAT is a benefit of Brexit or something the government could have done years ago with a bit of ingenuity and political will. But this remains a positive, if belated, move that will benefit the net zero transition, the green economy, the UK's energy security, and households' energy bills. After years of campaigning in support of this simple yet effective reform, green businesses should welcome a significant win, even if it took the worst geopolitical and cost of living crisis in a generation to secure it.

Other good news? The planned cuts to capital investment taxes from this autumn and the continuing reforms to R&D tax breaks further strengthen one of the unsung success stories of the past few years, which has seen successive government's take significant steps to make both capital and R&D investment more attractive to businesses and investors.

Moreover, hidden in the Spring Statement documents there was news of an encouraging tax break that should help businesses cut emissions from their buildings. The Treasury said it would pull forward plans by a year to introduce both targeted business rates exemptions for eligible plant and machinery used in onsite renewable energy generation and storage, and a 100 per cent relief for eligible low-carbon heat networks with their own rates bill, meaning they will now take effect from next month. Like the scrapping of VAT for domestic clean tech, the fast tracking of this tax cut promises to deliver a significant boost for the green building sector and should make it easier for firms to undertake the improvements needed to deliver on their net zero emissions goals.

In addition, the doubling of the support fund for Local Authorities to £1bn to help households in fuel poverty is also undoubtedly welcome, even if it smacks a little of providing two buckets, rather than one, to help tackle a forest fire.

At a stretch you could also argue that while the cuts to fuel duty are regressive (you could provide a lot of targeted support for the most vulnerable with £5bn) and run counter to the UK's climate goals, they are not quite the environmental disaster they would once have been. Yes, the cuts will disproportionately benefit the wealthiest households that drive the least efficient vehicles the longest distances. And yes, the money would have been better spent cutting public transport costs or directly helping the fuel poor or rural communities. But unlike a few years ago this move will have negligible impact on the fast-accelerating switch to electric vehicles (EVs). Sunak's desperate attempt to curry favour with the pro-motoring parts of Fleet Street may win him some positive headlines, but it will barely make a dent in sky high oil prices. As such, the financial and environmental benefits of zero emission vehicles will remain just as compelling as before the Chancellor's latest act of regressive largesse.

However, from a green economy perspective that's very much it for the good news. Which is more than a little worrying given the backdrop to Sunak's address was an actual war in Europe that is simultaneously intensifying a geopolitical crisis, triggering a humanitarian crisis, amplifying an energy security crisis, exacerbating a cost-of-living crisis, and distracting from a climate crisis.

Beyond a few oratorical nods to the ties between national and economic security there was next to nothing in Sunak's Spring Statement that appeared to recognise and respond to the true scale of the challenges the UK and its allies now face. There was no grand vision for driving sustainable growth, insulating the UK from surging global fossil fuel prices, or helping people manage the transition to a net zero emission economy. There was little sense of the UK's place in an increasingly dangerous world and how it could become a trailblazer for the shift away from hydrocarbons that can help defang petrostate autocracies. Most surprisingly of all, there was far too little to help the millions of households that through no fault of their own are facing the looming shadow of genuine poverty. It was, just like Sunak's eve of COP26 Budget, a significant opportunity missed.

The government's defenders will argue Sunak has done the best he can with the appallingly tough fiscal hand he has been dealt and that, in terms of green announcements, the Spring Statement is simply the warm-up act for the imminent Energy Security Strategy. But on both fronts this defence feels badly flawed.

The truth is that while Sunak is facing a bleak and volatile economic outlook, he did have options. As a Lords Committee pointed out recently there is a compelling moral and economic case for borrowing more to ramp up investment in the net zero infrastructure that will both benefit future generations and help current generations cope with a global energy supply crunch. Sunak hinted that he recognised this fact himself in a letter last week to the boss of the new National Infrastructure Bank urging him to prioritise investment in clean energy projects and energy efficiency upgrades. And yet there was no mention of this potentially transformational agenda in his speech, as Sunak's fiscal hawkism threatened once again to choke off the UK's economic recovery.

Equally, the case for a windfall tax on the huge profits being made by oil and gas companies has never been clearer, while the decision to shovel £5bn to motorists through a modest reduction in the cost of a tank of petrol was an explicit political choice. As several commentators pointed out, this obviously regressive and environmentally damaging move cost the exchequer considerably more than it would have done to embrace progressive and environmentally beneficial proposals to shift green levy costs into general taxation.

It is fair to say the imminent Energy Security Strategy could yet plug some of the many gaps in Sunak's Spring Statement, but there are worrying signs that this too could prove to be an opportunity missed.

The Strategy should have been released already given the enormity of the threat Vladimir Putin now poses to European energy security - every week that passes strengthens Russia's war chest and further undermines the chances of fossil fuel importing nations being ready for what could prove to be a catastrophically tough winter. And yet the reason it was not released alongside this week's Spring Statement is because the Cabinet appear to be fighting like rats in a sack over almost every single feasible measure that could bolster the UK's energy security and accelerate its net zero transition.

With apologies to Russ Jones' #TheWeekinTory Twitter threads over the past fortnight we have seen: a government source telling the Mail on Sunday "net zero is dead"; the Prime Minister declaring "net zero is not the problem"; an unnamed Cabinet Minister indicating that Boris Johnson is warming up to the idea of a fracking revival; the Business Secretary patiently explaining why fracking would not bring down energy costs and would not work at scale in the UK; indications the government wants to ramp up North Sea oil and gas production, despite warnings it will not bring down energy costs for decades if at all and could drive a coach and horses through the UK's carbon budgets; Conservative Party Chair Oliver Dowden lashing out at "net zero dogma"; Environment Minister Lord Goldsmith mocking his colleague by quoting a "counter view from someone called Oliver Dowden (3 months ago)" in which he said the UK should be "working with all countries to inspire climate action"; the Prime Minister meeting with nuclear industry bosses to explain how he wants a quarter of the UK's power to come from new nuclear; the FT reporting that Number 10 and the Treasury are at loggerheads over how to fund new nuclear projects; The Times reporting the Energy Security Strategy will feature a relaxation of planning rules for onshore wind and solar projects; the BBC reporting that the Cabinet is split about relaxing planning rules for onshore wind and solar projects; a flat rejection from government that it would even consider the IEA's advice to promote behaviour change measures to reduce oil and gas consumption; and absolutely no indication that increased funding for energy efficiency programmes will be forthcoming, despite a manifesto pledge to the contrary.

The harsh truth is this: the Conservatives have been in power for over a decade; during that time they have helped engineer genuinely world leading progress on the net zero transition, but they have also squandered countless chances to mobilise the investment that would reduce the country's exposure to volatile fossil fuel prices and spread economic opportunities across the country. These failures have left the UK badly exposed to first the coronavirus crisis and now the multi-layered crises sparked by Russia's invasion of Ukraine. Not once has Sunak indicated that he truly understands the scale of the changes and the risks that are in train. Johnson has flirted with this realisation through his commitment to the net zero and levelling up agendas, but thanks to a combination of ill-discipline and unseriousness seems incapable of bringing his restive coalition to heel.

The Energy Security Strategy looks like the biggest opportunity yet for a reset that could genuinely turbocharge the net zero transition and tackle many of the myriad challenges the UK faces. The fear is that all recent reports suggest another exercise in short-termist, penny-pinching triangulation awaits, even as emissions climb, energy bills soar, and Putin continues to swell his fossil-fuelled war chest. And yet the hope remains that after another underwhelming set piece from the Chancellor, the government may finally recognise the pace and scale of urgent reform and properly funded green investment that is so clearly required. There is a desperate need for more good news.

Eurostar merges with Thalys in bid to boost passenger numbers 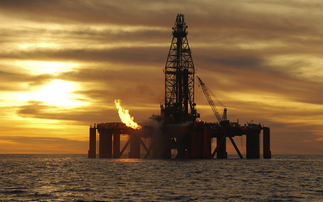