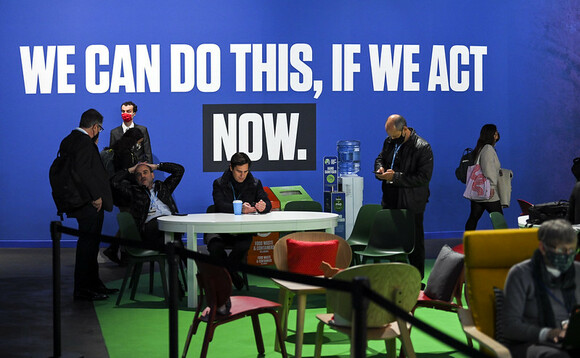 After a hugely dramatic year, the green economy faces a uniquely challenging few months as the opponents of climate action prepare to ramp up their opposition to the net zero transition

It is hard to believe that the close of the COP26 Climate Summit, with all its high stakes drama and carefully caveated optimism, was just a month ago.

The pace at which climate action has slipped down the political and media agenda, even as polling continues to show that it is a top priority for an overwhelming majority of the public, has been genuinely dizzying.

Since the denouement of the Glasgow Summit the UK's punch drunk government has staggered from one crisis to the next, totting up scandals both large and small, obsessing over plummeting poll numbers and by-election defeats, desperately crossing its fingers and hoping that the latest wave of the coronavirus pandemic proves to be only moderately catastrophic. All attention is now less on the historic mission to build a net zero emission economy, and more on whether both hospitals and Boris Johnson's premiership are about to be overwhelmed.

Alok Sharma has attempted to provide a small island of sanity amidst the chaos in his role as COP26 President, quietly working to build on the progress made through the Glasgow Climate Pact. But he's discovered the strangely volatile and distracted atmosphere is not exclusive to the UK.

Within days of the gavel coming down in Glasgow, Australia, New Zealand, and the EU all signalled they were unlikely to revisit their climate action plans ahead of next year's COP27 Climate Summit, despite the clear call for countries to do so. This snub was not enough for the UK government to try and revisit its free trade agreement with Australia and use what little leverage it has to call for stronger climate provisions. Instead, last week a trade deal was signed that farmers and environmental campaigners are united in regarding as hugely damaging.

Meanwhile, the White House is proceeding with a new oil and gas drilling leasing round and the landmark climate-focused Build Back Better bill that was meant to be delivered in time to help break the deadlock at the Glasgow Summit remains chained to a radiator in Joe Manchin's lavishly fossil fuel-funded basement. Russian troops gather on Ukraine's border, daring an EU that remains dangerously reliant on expensive Russian gas to come and have a go if it thinks it's hard enough. Those same soaring gas prices that embolden Vladimir Putin are also contributing to a boom in coal use, with China and India once again burning record levels of coal, according to last week's hugely sobering IEA report. The EU is responding to surging gas and carbon prices by debating whether to slow the transition to cleaner sources of energy by artificially dampening the price of carbon allowances.

Back at the more parochial level, the UK government this week decided to prepare for the looming 2030 deadline for ending the sale of new internal combustion engine cars by slashing grants for electric vehicles by 40 per cent. The move was justified by Ministers on the grounds EVs now account for over 10 per cent of new car sales. And yet, in Norway - where generous grants remain in place - EVs account for three quarters of the market. The idea the UK is definitively on track to phase out petrol and diesel cars at the required pace is optimistic, bordering on delusional.

The promises made at COP26 to engineer a step change on "coal, cars, cash and trees" currently look as credible as Boris Johnson's assurances that all COVID rules were followed during the madcap social whirl that was last Christmas at Number 10. If the world's 1.5C warming target left COP26 alive, but with a "weak pulse", as Alok Sharma put it, then over the last few days it's been moved to intensive care.

It is important to keep this despondency in check. 2021 will be a record year for renewables as well as coal use. The UK last week quietly launched new clean power auctions that are going to unlock investment in vast new waves of clean power capacity at staggeringly competitive costs. The auto industry is finally leaning in to the electric vehicle transition. The progress made in the past 12 months on hydrogen, carbon capture, sustainable agriculture, and even electric flight has been genuinely startling. Corporate, consumer, and voter engagement with the net zero transition is only going to intensify.

These underlying trends ensured that COP26 was a genuine, if still underpowered, success. All the world's governments declared the fossil fuel age was on its way out, the foundations are there to mobilise trillions of dollars of investment in net zero infrastructure and technology, even if the continuing failure to channel more of that cash towards developing economies remains a glaring injustice.

And yet the past month has provided a timely reminder as to how hugely challenging the net zero transition will be and how the green economy has to both simultaneously defend the territory it has secured and fight tooth and nail to break into new markets and constituencies.

The sad reality this festive season is that the next few months will get worse before they get better. Once the current COVID wave is resolved one way or another, attention will turn to how the recovery is being stymied by soaring living costs, driven primarily by eye-watering energy bills. There is talk of the next energy price cap review resulting in increases of around 40 per cent, which will put severe financial pressure on millions of households.

An already embattled government will face deafening calls to do something, while many of its supposed allies will attempt to blame climate policies and green levies for increased bills. As with those trying to argue that the Tories' by election defeat last week was a result of their neglecting the base with all their talk of net zero and climate action, the fact this analysis is completely detached from evidence and logic will not stop it gaining traction in the Conservative press and on the backbenches.

There are steps the government can take to tackle rising bills. VAT on energy bills could be suspended, more direct financial support could be channelled to fuel poor households, the government could finally deliver a suitably ambitious national energy efficiency programme, helping to slash bills and emissions in one swoop. Another potential solution will be to move green levies on energy bills on to general taxation. This is a logical move that some energy industry experts and environmental campaigners have long argued for on the grounds it ensures the costs of decarbonisation are more progressively shared.

But all these proposals risk being thwarted by a fiscally conservative Chancellor who is wilfully ambivalent towards the net zero agenda and seems more concerned with appealing to the ideological impulses of Tory backbenchers than tackling a cost of living crisis and driving an economic recovery.

Assuming the Prime Minister makes it through the winter (and the odds shortened further over the weekend with the 'woe is me' resignation of Brexit Secretary Lord Frost), this debate will play out against the backdrop of fevered speculation about a leadership challenge to Boris Johnson that, barring a Lazarus-like recovery, will likely dog him for the rest of his days in office. The big fear for the green economy is that all of the frontrunners to challenge Johnson are either lukewarm or actively hostile to the climate agenda, keen to appeal to the small but influential rump of climate sceptic MPs, and much more ideological than Johnson with regards to the role of regulation and the state in delivering on strategic goals. If Johnson is, in his own words, "a Brexity Hezza", then Liz Truss is a more of a smirking Ayn Rand cos-playing as Margaret Thatcher, but with less charm.

Environmental campaigners and green business groups are bracing themselves for a political street battle, as the libertarian grouping around climate sceptic Steve Baker and their allies in the press prepare to seize the main chance that they always hoped Brexit might offer to install a PM who could engineer a Singapore-on-Thames, laissez-faire, pollutocracy in complete defiance of the vast majority of the public's wishes. It is notable the aforementioned Lord Frost apparently resigned because he was upset about both the government's net zero strategy and the fact that the small matter of an historic pandemic has led to an increase in taxes. Although given the lifespan of Brexit Secretaries has mayfly-like qualities and Frost has spent much of the past year performatively complaining about the Brexit deal he himself negotiated, many will question whether the on-going impossibility of 'getting Brexit done' may have also informed his decision.

Whatever his motivations, the opponents of the net zero transition will feel further emboldened this week, as well as confident their numbers will swell further as the energy and covid crises escalate. As such the challenge over the coming months for those that want to see bolder climate action will be to hold together the broad coalition of public, business leaders, campaigners, and politicians that recognise that the transition to net zero emissions is both hugely desirable and the defining economic project of the age, so as to push back against this opportunistic guerrilla effort to torpedo the UK's climate strategy. This political tussle will run alongside the immensely complex socio-economic requirement that all countries are facing to try and phase down fossil fuel demand and supply in careful lockstep, so as to minimise the price volatility that inevitably empowers those that favour a slower transition away from polluting infrastructure.

Over 30 years of sustainability efforts have not delivered the change we need - why? 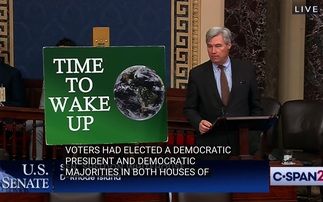 Businesses should show a 'certificate of good behaviour' in order to participate in climate leadership events, he said