Businesses know they have to transition towards a net zero emission future, the big question is how fast they should make the journey

Yesterday's Towards Net Zero Transport BusinessGreen Leaders Briefing started with a literary reference. Nigel Topping, CEO of the We Mean Business coalition of global blue chips, reflected that we are taught that every story has a beginning, a middle, and an end in that order, but that's not always true. For example, in Gabriel García Márquez's Chronicle of a Death Foretold the story starts with the end, the death foretold, before exploring the beginning and middle. Jean-Luc Godard was right, "a story should have a beginning, a middle and an end, but not necessarily in that order".

It is this jumbled up narrative that provides one of the biggest sources of optimism for the net zero transition, Topping argued, because we know what the end has to look like. Sure, we can argue about the fine point detail, the potential mix of battery and fuel cell vehicles, the balance of biofuels and aviation offsets, but at the big picture level we know how the story has to end: with an economy that within around three decades delivers net zero greenhouse gas emissions.

Closing proceedings, Chris Stark, CEO of the Committee on Climate Change (CCC), offered a similarly blunt, first principles assessment. Noting that while an entire industry has built up that is dedicated to over complicating our response to climate change, one thing remains crystal clear: we have to stop burning fossil fuels or sequester greenhouse gas emissions or both. Globally available fossil fuel reserves far exceed what can be burnt to stay within 2C of warming, let alone 1.5C. Policy measures may have moved us from a 4C warming trajectory to a 3C warming trajectory, but we are still a long way from the step change needed to deliver a 1.5C or 2C trajectory and time is clearly running out.

It is that step change that is now urgently required and while refusing to give anything specific away about the CCC's upcoming report on whether the UK should set a net zero emission target, Stark hinted heavily at some of the likely conclusions. If we are to engineer a happy net zero emission ending to this story we will need greater cross government and cross industry co-ordination, he said. We will need real political leadership. We will likely need some 'flexibility' and back up plans as part of our more ambitious targets. We will need to highlight the plummeting costs of decarbonisation in many key areas, but we will also need a proper debate about how those remaining costs fall. And while we may have got away with relying on price signals if the transition had accelerated a decade or two ago, now time is running out, we are up against "hard scientific deadlines" and as such we will need regulation and backstops as well as price signals.

It is a sweeping new paradigm that will inevitably face opposition from parts of government (the Treasury, we are looking at you) and the usual noises off. As Stark warned, the Climate Change Act is about to face its biggest test yet. But the vision the CCC boss sketched out is also a pretty reasonable high level summary of the bare minimum required to deliver a net zero industrial revolution that is technically possible, but also virtually unprecedented in its pace and scale.

How then should businesses respond to a transition where we know how we want the story to end, but where immense complexity is crammed into the seemingly simple question of how to get there?

As Topping observed if you know how the story should conclude the only risk is going too fast or going too slow in pursuit of that end goal. It is tempting to reply, 'is that all?' but he makes a good point. Clinging to the status quo is simply not an option. It is a recipe for irrelevance and competitive stagnation. Auto industry groups that lobby against ambitious climate policy should ask themselves what happens to their members if they lag behind customer demand for cleaner vehicles? There will be bankruptcies in the coming years, and they are more likely to be among the companies that seek to transition too slow than those that try and transition too fast.

The good news is a growing number of companies have recognised this risk. This morning's conference heard contributions from the likes of Shell, Tesco, Gnewt, Heathrow, and the EV100 group of leading corporates that are already committed to building fully electrified fleets and infrastructure. All of them spoke of a similar realisation and business case: public and policy pressure to decarbonise transport will only grow, the stranded asset risks associated with incumbent technologies are real, and in an expanding number of use cases low emission technologies are already more cost effective than polluting alternatives.

The temptation to look at the sub two per cent penetration rate for EVs or the soaring growth projections for shipping and aviation and conclude that we can wait a few more years yet needs to be resisted. As Topping argued, the key figure is not the level of market penetration, but the growth rate - and there we are seeing the EV market double every two years.

"We are not very good at exponential maths," Topping warned, but that is what companies need to get their heads around. Change could come very quickly. That is why Shell has bought one of Europe's largest EV network operators, is retraining some of its fuel engineers to work on batteries, and is deploying charge points on its forecourts. That is why Tesco is about to start a rollout of 2,400 charge points at its stores. That is why large companies in over 60 countries are signed up to the EV100 programme.

The transition will inevitably come slower in the hard to decarbonise fields of aviation and shipping, but as UCL's Dr Tristan Smith argued here too progress is happening faster than people thought possible. The IMO is committed to coming forward with a climate strategy, the aviation industry now has a global offset scheme. The investment case for genuinely low carbon technologies will only get stronger and the world's largest operators are already bought in to a net zero future.

The problem is this characteristic corporate optimism has to be set against both the scale of the challenge and the barriers and plot twists that lie on the path to a net zero emission transport system. There is a risk in transitioning too slow, but boards are inevitably wary of the risks of transitioning too fast or in the wrong direction. No one wants to invest in unused charge points or hydrogen plants. Stark may have argued that we can deliver a net zero emission economy by electrifying as much as possible, using hydrogen to plug the gaps, and offsets where necessary, but the balance of those three parts of the net zero cocktail will determine where billions of pounds of investment flow. Some firms will inevitably miscalculate.

In the shorter term and more prosaically, everyone involved in the EV revolution spoke of the frustration of infrastructure constraints, of costly and complicated grid upgrades and connections. The chicken and egg conundrum is everywhere. The companies signed up to the Clean Van Commitment want to buy more electric vans than exist on the roads currently, but can't get their hands on them fast enough. Charge point operators want to deploy infrastructure, but still find some chargers are barely used. Demand signals are taking their time to filter through the system. Aviation and shipping face significant technical challenges, especially for long haul journeys, as well as long refresh cycles that will lock in high carbon technologies for decades and clear divisions between those firms that are serious about decarbonisation and those that are - how do we put this? - much less so.

How to overcome these challenges? Well, every story needs a hero. The only way to break through these barriers is with leadership, both political and corporate.

Every speaker made the point that the transition becomes a lot easier with clear and coherent policy interventions and support. The combination of clear price signals, ambitious targets, and effective regulation can derisk investments and drive innovation. Even Shell, a supplier of conventional fuels, has said it would not oppose a more ambitious phase out date for the sale of conventional vehicles in the UK if it came with a properly co-ordinated supporting policy programme. Like many others, the company wants the policy clarity that would make investment in the transition easier.

The daunting scale of the net zero transport transition provides an alternative literary metaphor from a very different part of the canon to García Márquez. Climate change and our response has become a Choose Your Own Adventure book, with one ending the delivery of a net zero emission economy and the alternative ending a rolling and escalating climate crisis. Or as Stark puts it the popular movement at the moment may be to brand climate change as a crisis or emergency, but it is also a "climate choice".

And it is an "inescapable choice", we either choose to embrace the net zero transition or we watch climate impacts impose it upon us, most likely in a chaotic and costly fashion. "It's a choice to act now, to invest in that new paradigm of carbon-neutral economic growth, or a choice to wait, and spend more," Stark said. "Very, very much more in adapting to the higher temperatures and the associated destructive climate impacts... It is an inescapable choice. There isn't a do nothing option."

For many businesses, it is time to choose.

'Most ambitious targets yet': John Lewis pledges to go net zero emissions by 2050 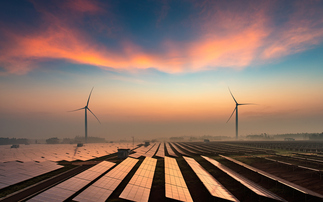 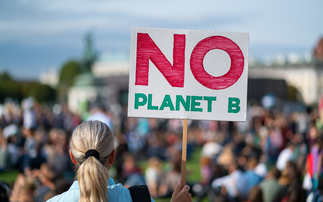 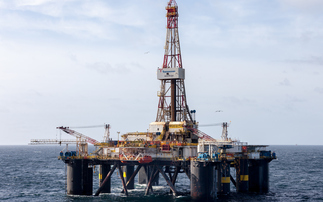