BusinessGreen tracks the energy giant's latest insights on the green economy, from rising renewables to the acceleration of EV adoption

BP today unveiled its annual energy market outlook for the next two decades, charting the shifts in the global energy market the global fossil fuel giant expectes to see as the dominance of oil, coal and gas is challenged by the rise of renewable energy and low-emission vehicles.

BusinessGreen digs into the 'base case' scenario - the one BP perceives as the most likely to come to pass - to uncover some of the key insights for the green economy.

The impact of more energy efficient production processes and consumer goods, coupled with sluggish economic growth, means energy demand in OECD countries is expected to barely grow over the next 20 years. By 2035, OECD countries will account for just a third of global energy demand, down from two-thirds in 1979, BP predicts. Virtually all the growth in global energy demand to 2030 - pegged at 1.3 per cent per annum by BP - is expected to come from emerging economies like China and India.

Meanwhile, global energy intensity is projected to decline by two per cent a year to 2035, as the world's economies become increasingly efficient at delivering more economic growth from each unit of energy.

Renewables are expected to continue to be the fastest-growing fuel source out to 2035. Solar and wind will lead the pack, BP says, rising more than eight-fold and four-fold respectively over the Outlook period.

Together nuclear, hydro and other renewables should account for half the growth in energy supplies over the next 20 years, with their share of the energy mix rising from 15 per cent to 23 per cent by 2035.

A marked slowdown in emissions growth

The predicted slowdown in energy demand growth and the growing importance of renewables mean emissions from energy are set to grow at the slowest rate ever recorded by BP. Over the next 20 years, it forecasts emissions from energy use will grow at less than a third of the rate seen over the last 20 years, rising 0.6 per cent a year through to 2035 compared to an average of 2.1 per cent a year over the past two decades.

However, fossil fuels are still set to dominate the energy system for a long time to come. BP predicts oil, gas and coal will account for more than 75 per cent of total energy supply in 2035, making compliance with the global carbon budgets recommended by scientists for the period a virtual impossibility.

Gas will be the fastest-growing fossil fuel, hitting growth rates of 1.6 per cent per year, and will overtake coal to come the world's second-largest fuel source by 2035. Coal demand is expected to continue growing - albeit at a very sluggish 0.2 per cent per year - with demand set to peak in the mid-2020s. Oil will grow at an average rate of 0.7 per cent per year, BP says.

If BP is right about these energy trends, the world will have little hope of meeting its Paris targets and thus avoiding dangerous levels of global warming. For example, instead of a 13 per cent rise in energy emissions, to fulfil Paris we need to deliver a 30 per cent cut by 2035.

One very notable aspect of the latest Outlook is the growth in electric vehicles over the next decade - BP forsees the number of EVs on the roads rising from just over a million today to 100 million by 2035, representing around six per cent of the global fleet. Three-quarters of these cars will be battery electric, and around a quarter will be plug-in hybrids, BP suggests.

However, in its Outlook BP says the scale and pace of EV penetration will depend on battery costs continuing to fall, the size and "durability" of subsidies for new vehicles, consumer preferences towards EVs and the rate at which traditional vehicles improve efficiency.

The rise in EVs, coupled with stricter efficiency standards on new cars, will have a major impact on how oil is used over the next two decades, the report predicts. For example, the use of non-combusted oil, particularly for petrochemicals, is expected to take over from combustion (mainly for transport) as the most common use of the fuel by the 2030s.

BP's Outlook acknowledges a range of other scenarios could come to pass, including an alternative, more optimistic case that it describes as its "faster transition scenario".

Under this projection, more ambitious government climate policies, coupled with a carbon price of $100 per tonne in leading economies could see emissions from energy peak in the early 2020s, leading to a 12 per cent cut below 2015 levels by 2035.

Under this scenario most of the carbon abatement comes from the power sector, with rapid growth in renewables and a significant uplift in the use of carbon capture and storage technology. By 2035 this rapid transition could lead to emissions from the power sector being less than a quarter of 2015 levels.

But even under this more ambitious scenario the world would still be lagging behind what is needed to meet global climate targets, which requires emissions to be 32 per cent below 2015 levels by 2035. To meet this target, BP argues an "even faster" pace of decarbonisation across the power sector needs to be matched by rapid shifts in energy intensity, carbon intensity, and global mobility trends. As its base case confirms, the company does not currently expect this rapid transition to occur.

President Trump and the fog of pollution 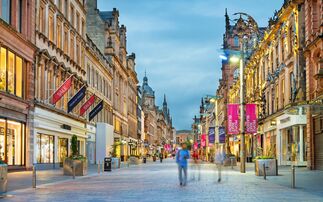 Project will explore which home improvements are most effective at curbing bills ahead of proposed £3,000 fuel price cap this Autumn 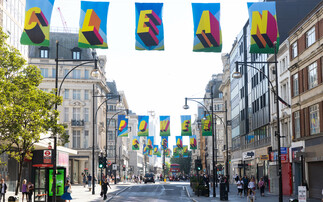 The Clean Power campaign has this week unveiled the installation, which is being used to promote sustainable practices to both the public and businesses 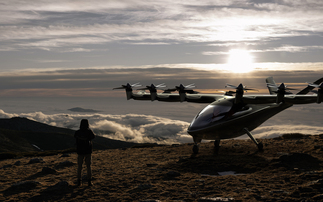