A group containing some of Europe's most high profile multinationals has this week called on the European Union to strengthen plans to reform the bloc's emissions trading scheme (ETS), arguing the Paris Agreement necessitates a rethink on how to make the world's largest carbon market more effective.

Policymakers in Brussels are currently considering a wide-ranging package of reforms that would see the next phase of the ETS from 2021 to 2030 impose a tighter emissions cap, provide more tailored support for carbon intensive industries at risk of 'carbon leakage', and introduce a Market Stability Reserve (MSR) to manage the oversupply of carbon allowances.

The proposals are intended as a permanent fix to the oversupply of allowances that has dogged the current phase of the market, leading to historically low carbon prices that helped make coal-fired power economically attractive and undermined investment in clean energy alternatives. Last year, the European Parliament agreed a temporary fix in the form of a "backloading" agreement that removed millions of allowances from the market, curbing the supply of emissions permits and pushing up the price of carbon.

However, the "backloading" arrangement could result in the allowances being returned to the market - a scenario that would almost certainly result in a crash in the price of carbon. Consequently, the European Parliament is now considering longer term reform proposals that would manage Phase IV of the scheme from 2021 to 2030 and seek to address the oversupply of allowances.

The group said the current plan to cap emissions for companies covered by the ETS so they fall 2.2 per cent a year through the 2020s is not fast enough to honour the commitments the bloc made through last year's Paris Agreement. It also warned the reforms do not do enough to safeguard against a repeat of the oversupply that has dogged the market in recent years and undermined its effectiveness.

The Paris Agreement committed all nations to a goal of keeping temperature increases 'well below 2C' with a view to keeping them below 1.5C. However, the Corporate Leaders' Group report notes the European Commission's own impact assessment advised that in order to be consistent with a 2C target the ETS emissions cap reduction should fall by 2.4 per cent a year, not the 2.2 per cent being currently proposed. "The Commission should reassess the Linear Reduction Factor to align it with the ambition in the Paris Agreement," the group states.

"The Paris Agreement was finalised by all nations right here in Europe," said Philippe Joubert, chair of The Prince of Wales's Corporate Leaders Group, in a statement. "Now Europe's policy makers have the chance to follow through on their commitments by decisively reforming the EU ETS so that it truly plays its role in driving behaviour change, cutting carbon and transforming the EU economy for the future."

The report does argue an emissions cap-and-trade scheme remains one of the most cost effective policy mechanisms for curbing carbon emissions across an economy. "Emissions trading allows businesses flexibility to develop their own decarbonisation strategies within a timeframe and using means that are cost effective for them," it states. "The single carbon price in Europe provides a level playing field which is responsive to outside factors - for example, during the economic collapse of 2008 the price fell quickly allowing businesses to comply at lower costs."

However, it warns that in order for the carbon market to prove effective at uncovering the lowest cost emissions reductions there has to be a scarcity of allowances that results in a credible carbon price. As such, it argues that in addition to a faster reduction in the annual emissions cap during the 2020s further reforms are needed to tackle the oversupply of allowances in the market and ensure too many industries are not granted a free ride.

Christiana Figueres to step down from UN climate role in July 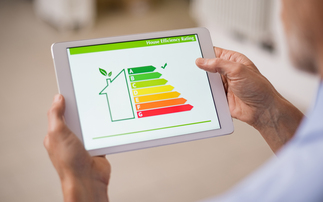 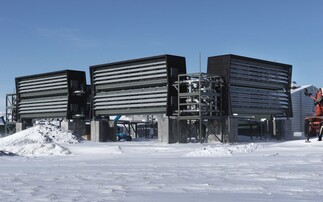 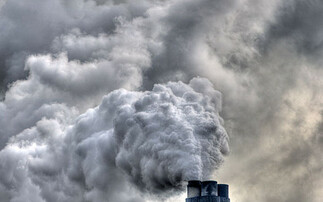 Action against 33 companies across a range of industries 'serves as an important reminder,' agency says