Despite optimistic lobbying from business, most people were not expecting the Paris Agreement to deliver much in the way of progress for the international carbon market.

So perhaps one of the big surprises to emerge from the summit was the fact the treaty appeared to provide a long-term boost to carbon markets - not only by setting a clear long-term direction for decarbonisation efforts, but also with the inclusion of specific proposals to enable greater co-operation between different regional carbon markets.

According to the annual Carbon Market Monitor report, released this week by the Point Carbon team of analysts at Thomson Reuters, observers at the UN talks were surprised to see that the treaty "contains clear support" for the creation of new market mechanisms for the transfer of mitigation outcomes.

Anders Nordeng, senior emission markets analyst at Thomson Reuters and lead author of the report, believes the Paris Agreement will have a much greater effect on the development of carbon markets than previously imagined, even by those in the industry.

"I wrote before the Paris conference that we expected very limited direct impact on the cap-and-trade schemes, because they are, strictly speaking, not linked to the UN process... So what I expected from Paris was more of a short-lived sentiment effect on prices," he told BusinessGreen. "But I think in the text that we got there are more stronger references to the potential for new international markets than was expected."

The climate deal also contains proposals to strengthen and enhance existing markets. "If countries jointly follow-up on the intentions and promises made in Paris, this must over time lead to higher ambitions in existing and new carbon markets emerging around the world," the report says.

The continued growth and expansion of carbon trading schemes are central to the individual climate action plans, or INDCs in the UN jargon, of many countries. For example, the European Union's Emission Trading Scheme (ETS) is a core part of the trading bloc's climate action strategy, says Nordeng. "All the statements from the European councils throughout this process it has strengthened [the ETS'] position as a core instrument in European climate policy package," he explains.

However, the programme has been plagued from early on with problems of over-supply of allowances, leading to a much lower carbon price than intended - at some points dipping to under €4 per tonne.

The fraught negotiations between Member States to reform the ETS have taken major strides in 2015, with the approval of a market stability reserve (MSR) to take effect from 2019, while excess allowances in the market were removed throughout 2015 as part of an ongoing "backloading" programme.

Poland may still be proving a potential obstacle in the reform process - most recently with its plans to bring a case before the European Court of Justice over the early introduction of the MSR - but Nordeng believes it is increasingly becoming an outlier without any real political leverage for blocking ETS reform. "I think this just confirms this image of Poland as having a very clear agenda of its own on this topic," he says of the legal action.

The reform measures contributed to a steadily rising carbon price over 2015 - the European carbon price increased for a second consecutive year, from a 2014 average level of €6 per tonne to €7.7 per tonne in 2015. Nordeng believes the price uplift has made the system more meaningful for investors, even if the cost of carbon is still not high enough to justify expensive mitigation projects such as carbon capture and storage (CCS).

Nordeng suggests one way to boost the effectiveness of the European system even further would be to follow in the footsteps of California and include transport emissions in the market. Last year the US state expanded its trading system to cover fuel distributors and refineries, a move which added huge volumes of carbon traded, according to Thomspon Reuters. Six more US states announced in November last year they are also looking at developing market-based policies to cover the transport sector.

New Net Zero Marketplace connects projects from Climate Impact Partners, Pachama, South Pole, and others to any business that wants to invest in credits 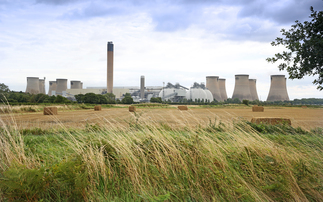 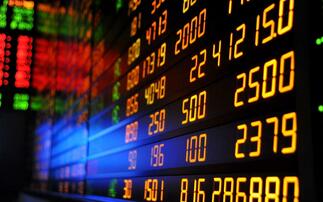