Climate change risk has arrived as an investment issue as the increasing threat of regulatory change, looming international policy initiatives, and mounting statistical evidence have forced the environment firmly onto the boardroom agenda.

That is the stark warning from BlackRock, the world's largest asset manager, which yesterday issued a report taking an in-depth look at how climate change is impacting the investment community ahead of the COP 21 summit in Paris later this month.

This is no longer an issue reserved for the "ethical investor", according to Ewen Cameron Watt, chief investment strategist at BlackRock. "Even if you are sceptical of global warming and its causes, no one should ignore that significant regulatory, economic and technological factors make this a major investment issue," he said in a statement. "Investors, corporations and governments are focusing on the risks and opportunities, as well as how best to tackle the challenges that are arising. These profound changes have the potential to affect asset prices in all areas for a long time to come."

The report is the latest in a stream of climate-related news from BlackRock in recent weeks as it looks to position itself as a green investment leader. Last month the company launched a major environmentally-focused investment fund and revealed it is mulling the launch of a fossil-fuel-free fund early next year. Meanwhile, earlier this week it joined HSBC, Barclays, and Credit Suisse to become the latest signatory to a global initiative to promote the growing green bond market. The firm now manages more than $200bn of assets across environmental, social, and governance and impact investment portfolios.

The report follows a wave of interventions from the finance community stressing the need for investors to take the risk of climate change seriously. In May 120 chief executives from some of the world's largest pension funds called on G7 finance ministers to commit to ambitious action to tackle climate change, while in September, governor of the Bank of England Mark Carney issued a warning over the risks the financial sector faces from climate change.

Climate change will be the overriding focus of governments around the world for two weeks from the end of this month, as diplomats from more than 150 countries gather in Paris to thrash out an international agreement on climate change.

COP21 could have massive implications for investors, according to BlackRock. For a start, more than 150 national action plans submitted by countries - known as Intended Nationally Determined Contributions (INDCs) - may offer a glimpse into future regulatory regimes of countries. Policy shifts incentivising low-carbon investment could have ripple effects across multiple industries. In addition, an agreement to ratchet up ambition every five years - backed this week by France and China - could give the COP21 agreement real teeth to ensure future climate action, BlackRock said.

BlackRock also predicts corporate carbon reporting is on the cusp of major change, as asset owners and managers increase the pressure on companies to improve disclosure and uniformity of their reporting. Alongside improvements in voluntary reporting standards through initiatives such as the investor-backed CDP, BlackRock suggests international regulators are moving towards incorporating an assessment of climate risks into accounting standards.

Other major sources of disruption highlighted by BlackRock include the growing business consensus around the need for effective carbon pricing, the likelihood of a climate change "risk premium" emerging in the market, and the narrowing price gap between fossil fuels and renewables.

While investor eyes may be firmly fixed on Paris in the coming weeks, change is coming from a number of different directions. From the growth of green bonds to the falling cost of renewables, investors are finding climate change increasingly difficult to ignore. 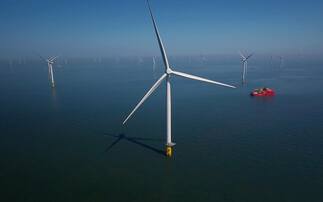 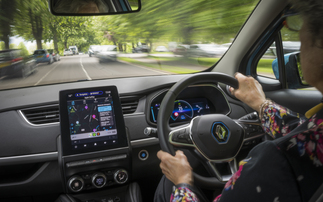 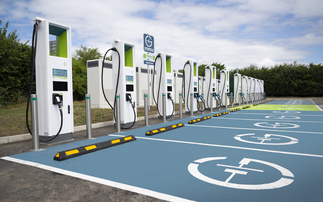