What do Paris climate action pledges mean for business?

From finance to energy, PwC unwraps the business implications of the recent wave of national climate pledges or INDCs

Decoupling economic growth from emissions has long been seen as a holy grail for politicians, economists and scientists seeking to tackle escalating climate risks. Find a way to grow the economy while cutting emissions, and tackling climate change does not have to mean sacrificing global living standards or placing limits on economic development ambitions.

For the first time last year, data finally suggested this historic de-coupling may be starting to happen. Global GDP grew by 3.3 per cent in 2014, while emissions rose by just 0.5 per cent.

The imminent Paris summit promises to accelerate this trend, with national climate pledges likely to boost the rate of decarbonisation around the world. But how will businesses be affected by the step-change in decarbonisation that leaders gathered in Paris in December are expected to promise?

In its seventh annual Low Carbon Economy Index, released today, consultancy giant PwC aims to answer this question by analysing what the national pledges mean in terms of the rate of reduction in carbon intensity - emissions per unit of GDP - for economies around the world.

The report details how the carbon intensity of the global economy has fallen by an average of 1.3 per cent per year since 2000, driven by factors including improvements in energy efficiency and a shift towards less carbon-intensive service economies.

The climate pledges submitted ahead of Paris through the system of Intended Nationally Determined Contribution (INDC) action plans imply an increase in this decarbonisation rate to three per cent per year - a significant step change from business-as-usual. However, it is worth noting that this still falls far short of the 6.3 per cent decarbonisation rate PwC argues is needed to the put the world on a two degree pathway.

Increasing the decarbonisation rate post-Paris will have three major implications for businesses and investors, according to PwC. Firstly, investment in renewables will increase rapidly - China alone plans to spend $230bn on wind and solar power. Secondly, investment in gas and nuclear will also increase, while coal-fired power generation will be targeted as governments look to quickly slash emissions. Finally, the financial services sector will play a crucial role in delivering new investment in clean energy and green technology - but not without undergoing significant changes of its own.

The report argues some of the biggest changes in the economy will be seen in the energy sector, where renewables and other sources of clean energy will rapidly extend their influence. The European Union is currently leading the way in renewables generation, but China is quickly catching up, says Jonathan Grant, director in sustainability and climate change at PwC. The country plans to add 105GW of wind capacity between now and 2020, with an estimated investment of $130bn. "That's roughly the equivalent of China adding the entire EU onshore wind energy capacity over a five-year period," Grant adds. Similarly, China's solar targets will cost about $100bn to deliver but will result in an area about the size of London being covered in panels, Grant said.

Huge capacity extensions are also planned in the US, EU, China and India - presenting major growth opportunities for developers and supporting technology providers and supply chains. However, the sector still faces short-term risks, including the lack of private sector investment and the investment 'trade-off' between encouraging proven technologies and funding further R&D, PwC warned.

If the outlook for renewables is rosy, the outlook for coal could hardly be more bleak. Although coal remains a dominant source of power in many major economies, most countries have made big pledges to cut their coal use in their Intended Nationally Determined Contributions (INDCs).

"Lots of INDCs are putting coal in the spotlight, whether that's through energy efficiency standards, carbon pricing or targets for the energy mix," says Grant. "We think that Paris will really start to put coal under pressure."

In China, plans for a new national carbon market in 2017 and new regulations that require coal-fired power plants to develop carbon capture and storage projects (CCS) will help to curb the country's coal demand. Meanwhile, in the US, Obama's Clean Power Plan will encourage a shift away from coal towards greener energy sources including renewables and encourage energy efficiency.

Banks, companies and private investors will need to start assessing their exposure to climate risks, the report argues. Regulators are starting to look at how best to steer this change - the Bank of England governor Mark Carney's recent warning that climate change is a threat to financial stability is a signal that further guidance will follow, according to Jon Williams, a specialist in financial services and investment at PwC.

In the developed world particularly, it will be the private sector that provides the capital for decarbonisation. However, there is little clarity over how governments plan to incentivise that investment. "The INDCs all talk about targets, they talk about investment, but they don't really talk about how they are going to achieve the financial flows needed to deliver the investment that's required," Grant says.

Major reforms and new financial products are needed in the financial sector to deliver these finance flows, according to the report.

"We would expect, over the next two to three years, the significant tightening of 'real economy' legislation around carbon," says Williams. For the finance sector, this will have some "pretty profound impacts" on credit quality and risk assessments of assets.

As such, it will become increasingly important for banks, investors and companies to be able to identify high carbon assets which are based in countries where there is a high probability that legislation will tighten quickly, Williams says. For example, he points to last week's rumours DECC is planning to announce 2023 as the phase-out date for coal-fired power stations in the UK as an example of the kind of policy decision that can have a significant impact on asset value.

This issue is overlooked by much of the industry, Williams warns. "Most of the conversations I've had with the finance sector is that they are only just beginning to realise that this could trickle through," he says. "These are pretty dramatic credit events that in any other situation a bank would have a model to predict. It's probably one of the most significant threats to financial stability that is not being managed."

Eventually, regulators will need to step in to manage the increased credit risk embedded within high-carbon ventures, he predicts. "They will need to find a way of encouraging capital flows away from [high-carbon activities]," he says. This might mean giving renewable energy a better credit rating than coal in terms of the probability of loss - at the moment both are rated the same under international regulatory framework.

Major change is on the horizon. And although the INDC pledges cover from 2020 onwards, some of the policy and regulatory changes will be felt immediately in the aftermath of the Paris Summit, Grant predicts. "The reality is that the regulations are being put in place already so I think we will start seeing those changes immediately," he says. Smart business will already be taking a closer look at precisely how the Paris Summit will impact their operations and prospects in anticipation. 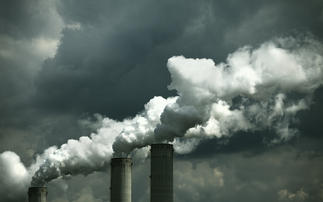 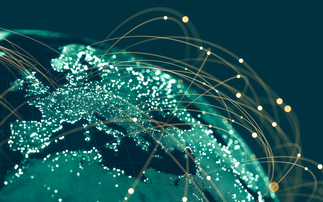 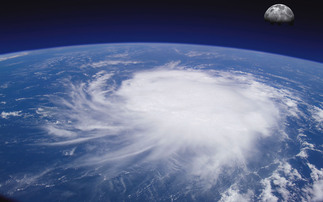 'Scary numbers': As climate losses mount, how should insurers contend with the existential threat facing the industry?

Property insurers already count the mounting costs of climate damage in the hundreds of billions, and must take a more active role in combatting the risks, an industry-backed report argues