Solar power: Not just for rooftops

Thomas Edison's famous pledge to "put his money on the sun and solar energy" may have taken a while to pay out, but he would no doubt be impressed at the current global boom in solar energy capacity and the huge array of different applications solar cells are now being used for.

The technology may be best known in its solar panel form, be they installed on rooftops or positioned in solar farm arrays. But rapid advances in solar technology mean solar cells are now being integrated into everything from mobile phones to space shuttles, and even bikinis.

BusinessGreen runs down some of the most innovative ways companies are now harnessing the power of the sun.

Even the most fervent Nimby would struggle to complain about solar cells on buildings if they were completely transparent and stuck on a window pane.

Solar windows are still some way from being able to replace rooftop solar all together, with prototypes recording a lower efficiency than conventional solar cells. However, work is progressing fast. Last year, researchers at UCLA revealed they had doubled the efficiency of their transparent photovoltaic cells to achieve a conversion rate of 7.3 per cent.

Meanwhile, US firm New Energy Technologies (NET) reckons it is now getting close to commercialising a spray-on solar power coating system, that involves carefully applying layers of extremely small transparent cells onto glass. NET's latest system claims to be able to carry out the process in a couple of hours rather than a few days.

Our increasing reliance on smart phones to organise our lives and provide daily entertainment can sometimes make it feel as if battery lives are shorter than ever before, even when manufacturers claim their devices are becoming more energy efficient.

Forgetting to take a charger out can spell disaster when the power runs dry. But if mobile phone manufacturers can help us harness the power of the sun to recharge them on the go, then we may never be stranded again. Samsung has already produced a phone with a solar panel stuck on the back, in the form of the 2009 Blue Earth which claimed to be able to generate enough power for a chat after one hour of exposure to the sun.

But some industry insiders are now betting on the thin film transparent cells to power touch screen panels. These could have far more potential because users are more likely to have their device pointing up to the sky than down. Earlier this year, Apple was granted a patent for a technology that could convert a touchscreen into a mini solar panel, although it remains to be seen whether the final product will ever materialise.

The term "power dressing" might get a whole new meaning if efforts to stitch solar cells into fabric take off. Dutch company Wearable Solar has already made coats and dresses featuring solar powered "flaps" that unfurl in the light, and who can forget the solar powered bikini that allows you to recharge your iPod while soaking up rays?

But the real challenge is making PV components flexible enough so they can bend in the wind like normal cottons. To crack this, chemistry scientists at Pennsylvania State University have developed a silicon-based optical fibre with solar-cell capabilities that could be scaled up to many metres in length and potentially weaved together into fabrics.

This kind of flexible curved solar cell could also collect light energy at various angles, potentially giving it a higher availability than traditional panels. John Badding, the lead author of the research, reckons the fibres could be used for generating and storing energy as well as chemical sensing, and biomedical devices.

With a growing energy demand and growing pressure on land, imagine if we could collect solar power in space and beam it back down to earth using lasers or microwaves? That is exactly the ambition of Japan's space agency, the International Academy of Astronautics, which is aiming to launch a 1GW generator into space by 2030.

The dishes would capture the sun's energy, which in space is five to eight times more powerful, and beam it back down. A consortium named the Institute for Unmanned Space, including Mitsubishi Electric, NEC, Fujitsu and Sharp, has been selected to deliver the project, including launching a 10MW test array around 2020, followed by a 250MW prototype.

Advances in solar power have allowed already trains and boats and planes to take a trip to Paris or Rome with a much cleaner fuel.

Europe's first solar-powered railway tunnel runs from Amsterdam to Paris, using electricity from 50,000 solar panels to power high speed trains as they pass underneath. The £12.6m project also provides power for the city of Antwerp.

Even more ambitious is Elon Musk's proposed Hyperloop concept, which would be topped with solar panels that would help to power the space age 760mph vehicle.

Meanwhile, the world's largest solar-powered boat, the €10m MS Tûranor PlanetSolar set off from Monaco in 2010 on an epic journey to circumnavigate the globe using only solar power. The boat returned in triumph 584 days later in September 2012, sailing into Monaco again having travelled over 60,000 kilometres and docked at 52 destinations to demonstrate to everyone from school children to scientists the potential of solar power.

For thousands of families living off-grid in Africa, Asia, and other parts of the developing world, the solar powered lamp could help transform their lives.

Using solar lanterns instead of kerosene lamps after dark allows children to study at night, while families can reduce the need for fires that pose health risks and drive deforestation. The economic savings are also sizable, with the International Finance Corporation estimating solar could slash the $36bn bill that sub-Saharan Africa alone pays to light up homes and workplaces.

As the cost of technology further falls in price, the take-up of solar lamps is spreading with experts predicting it will soon hit the mainstream market. 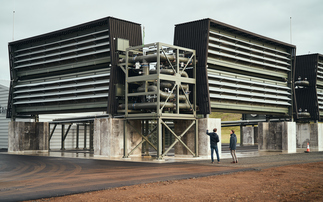 Coldplay to go 'carbon free' on next world tour

The band has created a portfolio of carbon removal solutions to account for the emissions they cannot directly cut, including support for Climeworks direct air capture technology 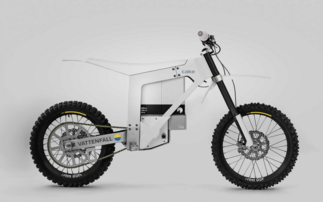 Vattenfall and CAKE rev up plans to develop fossil-free motorbike

Companies announce plan to bring motorbike into production by 2025 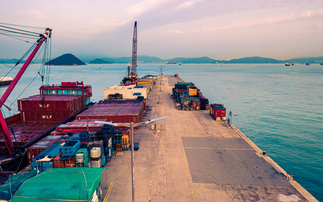