A growing call from business for governments to build back better

There is no going back to the old systems that can only deliver us into the next crisis argues, Eliot Whittington, director of the Corporate Leaders Group

The Covid-19 pandemic continues to unfold around the world, threatening lives and livelihoods. In this unprecedented moment of disruption, businesses are trying to manage impacts that, for some, are throwing the future of their operation into question. While emergency measures are in train to contain and mitigate the effects of the pandemic in the near term, the conversation is beginning on how to rebuild the economy once the worst of the virus has passed. A growing number of European businesses are calling for decisive action on climate change to be a core element of those plans.

The emergence of the pandemic does not reduce the risks of the ongoing climate crisis. Spending and policy decisions made now must address both issues, ensuring we "bounce forward", to use EU Commission President von der Leyen's phrase, with plans that deliver the jobs needed for a successful transition to the net-zero economy, a significant reduction in emissions and increased resilience.

Today [April 28] the European Corporate Leaders Group (CLG Europe) released a new report revealing how a transition to a net-zero labour market can alleviate some of the most negative impacts of future megatrends and lead to better outcomes for Europe. 'Working towards a climate neutral Europe: Jobs and skills in a changing world' indicates that effective, tailored decarbonisation policies can help build a European labour market that is more resilient to the future economic impacts expected from the specific megatrends of technological change, globalisation, demographic change and resource scarcity.

We have to understand there is no going back to the old systems that can only deliver us into the next crisis and that putting climate at the heart of recovery right now can help steady us for the transformational changes on the horizon.

This month saw the announcement by French Member of the European Parliament (MEP) Pascal Canfin, chair of the European Parliament's committee on environment and public health of a new European Alliance for Green Recovery. The alliance saw 37 CEOs of Europe's biggest global companies join ministers from 11 countries and MEPs, business associations and trade unions to call for a green recovery in Europe.

These companies understand the growing risks associated with climate change and are acting now to help minimise and build resilience to future shocks. They also know that the decisions governments make now will lock in the strategic direction of entire economies for years to come, determining the world's ability to increase climate action at the necessary speed and scale.

Carlos Sallé, senior vice-president of energy policies and climate change at Iberdrola, for example, believes it is crucial that when the world eventually begins to recover from the Covid-19 crisis, governments align long-term economic stimulus and policy packages with climate goals. This will create jobs and reactivate the economy while building a long-term, resilient and healthy economy.

CEO signatories to the alliance have said they are continuing to address their own emissions footprint, noting that the extensive disruption from the Covid-19 crisis does not reduce the imperative of acting on the climate crisis. Ingka Group (IKEA) CEO, Jesper Brodin, has said that early on they realised that nearly all of their plans would be impacted by the current situation but that the one thing that would not change is their commitment to sustainability - including their 2030 climate positive goal and their support for building a vibrant, resilient and green economy that is climate neutral.

With huge funds being mobilised around the globe to help the economy recover from the impacts of the coronavirus, it's vital that public investment builds resilience, supports jobs and helps accelerate the transition to a zero-carbon future.

Earlier this month, EU finance ministers approved a €500bn stimulus package to help protect against the economic impacts of the outbreak, highlighting the speed and scale at which government plans are being developed. And EU leaders have said that green finance will be a key focus of its post-virus recovery phase, as they launched a public consultation on the EU's sustainable finance strategy, part of a €1tr package to make the European economy greener by 2030.

The number of EU nations backing a green post-coronavirus recovery has increased to 17, including Sweden, Spain, France and Germany, amid concerns the economic impact of the pandemic could weaken action on climate change. This is a moment where all EU member states can take a decisive turn on the road to a resilient, zero-carbon future. By pairing climate action with recovery action, European governments and businesses can work together to build a more resilient, zero-carbon future that leaves no-one behind. 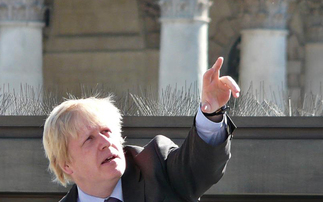 The climate angle on 'cake-gate'

They may be glossed over amidst the drama gripping Westminster, but the crisis gripping Number 10 could have significant and worrying implications for the climate agenda 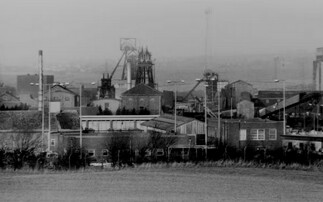 Can low carbon jobs really level up post-industrial towns? We went to Bolsover to find out 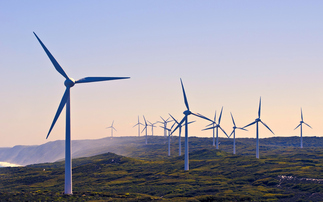 McKinsey analysis suggests $9.2tr needed every year to achieve net zero worldwide, but report stresses such massive investment should 'not be seen as merely costs'