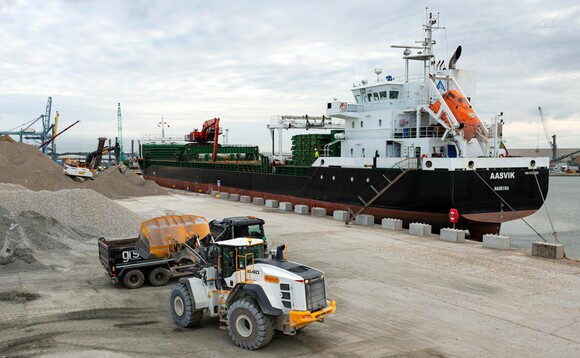 Recycled materials specialist GRS is celebrating the delivery to London of its first ever shipment of low-carbon construction aggregates made from Cornish clay mine waste.

Announcing the news this morning, GRS said its first sea shipment of construction aggregates marked the start of a long-term deal which would see it transport more than half a million tonnes of the secondary granite, branded Enviroc, from Cornwall to the capital each year.

The company plans to transform the aggregate into "high quality" single-use construction materials for developers across London that are looking to shrink their carbon footprint.

London consumes around 10 million tonnes each year of aggregates, which are a critical material in the construction of infrastructure, roads, and buildings.

GRS said it intended to strike deals for its products with construction firms "looking to build greener", noting that its secondary granite product had a "fraction" of the embodied carbon of other construction aggregates.

It said the products had been recognised "as one of the most sustainable alternatives" to newly-quarried aggregates by green building bodies.

Antony Beamish, managing director for GRS Trading, said the products could help to significantly reduce the climate footprint of construction, adding that the decision to ship waste material coming from Cornwall to London by ship had been a deliberate move designed to further reduce the carbon footprint of the aggregates.

"By also transporting this material by water we can achieve unparalleled environmental performance - an independent study suggests the carbon footprint is on average 47 per cent lower than the equivalent primary aggregates," he said. "That makes Enviroc arguably the UK's most sustainable aggregate. Using it in combination with low-carbon cement, for example, could produce the lowest carbon concrete achievable."

The waste material is to be transformed into "high-quality" and "certified" single-use products for the construction industry at a new £4bn aggregates processing plant built at the Port of Tilbury in London, GRS said.

The Molson CDE plant, developed by GRS and the Port of Tilbury, had been built at its port-side location to ensure the material could be delivered across the capital by road, rail, and river using GRS's freight business Walsh Marine, it added.

Alongside the marine wharf and processing plant, GRS said it was also recommissioning a rail freight terminal that would enable it to transport secondary aggregates more widely across Greater London and the South East.

GRS said there was no shortage of material in Cornwall to produce Enviroc, noting that 500 million tonnes of granite by-product lay in "enormous waste piles" across the county's China clay pits.

The new venture will see GRS's Cornish subsidiary Maen Karne haul the raw material from a pit near St Austell to Fowey harbour, where it is loaded onto ships to make the 400 nautical mile trip to Tilbury for processing.

Beamish said the company anticipated that its product would "change the way" that materials were specified on construction jobs. "Contractors can count on a consistent, quality product that meets specification and at the same time know that it's the most sustainable aggregate there is - a UK-sourced, industrial by-product transported by water. It doesn't get better than that."

How businesses can get tongues wagging on climate change 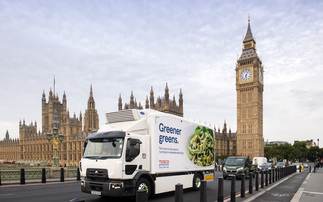 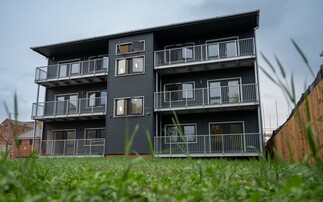 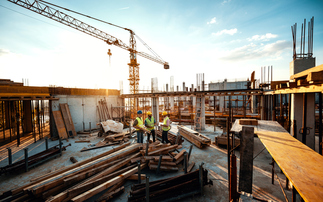