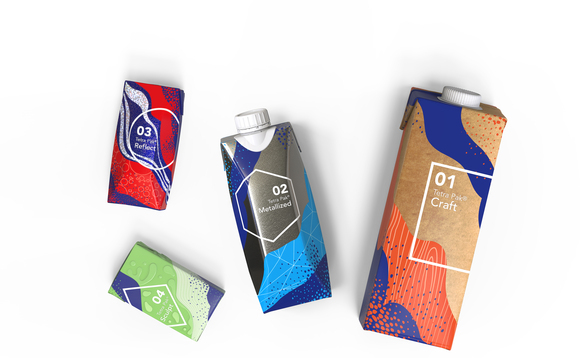 Multinational firms are increasingly focusing on how to tackle their value chain or Scope 3 emissions as the business world steps up its delivery of net zero targets, according to the European boss of packaging giant Tetra Pak.

Speaking during a panel discussion at last month's Net Zero Festival, Charles Brand, the firm's president for Europe and Central Asia, said that businesses were both waking up the challenge presented by value chain emissions and beginning to work together to curb Scope 3 emissions. He added that efforts to reduce supply chain emissions were being mobilised in response to increasingly comprehensive carbon footprinting exercises that highlight how many businesses see the bulk of their emissions generated in the supply chain.

"The first thing is to understand the total lifecycle of the product that you're delivering and that takes you into the whole value chain," he explained. "And, with that understanding of the value chain, everybody has then got to collaborate."

Brand also called on governments to do more to help businesses navigate the net zero transition and deliver emissions reductions right across the value chain, including at the end of a product's life.

Brand's comments were echoed by Hugh Jones, managing director for advisory services at the Carbon Trust, who stressed that suuply chains were critical to any successful net zero strategy.

"Between 60 per cent and 95 per cent of the carbon impact that companies have is in their supply, whether that's upstream - in terms of the raw materials or the sub production of parts - or downstream," he said. "For example, if a company makes white goods or vehicles, the vast majority of the lifecycle emissions of those products is not in the making of them, it's in their use."

While businesses are now working hard to find new ways to cut emissions throughout their supply chains, Jones agreed that government support was needed to ensure further technological solutions are developed to aid the creation of sustainable supply chains. "A company with a robust net zero target doesn't know how it will deliver it because they can't know," he warned.

Also speaking at the event, Rhian-Mari Thomas, CEO of the Green Finance Institute, argued that building a sustainable supply chain could act as a corrective to the environmentally-damaging economic models that have dominated in recent decades. "One of the effects of globalisations is that many countries have outsourced their greenhouse gas emissions to supply chains that are located in different countries, often with lower environmental and social standards," she said. "By asking suppliers to disclose, measure and act their environmental impact, companies can begin a cascading effect that has the potential to drive down emissions, improve water security and end deforestation."

Thomas referred to analysis by carbon disclosure charity CDP which found that more than one billion tonnes of carbon emissions would be saved if suppliers to just 125 multinationals upped the amount of renewable energy they were using by 20 per cent.

Tap and Charge: Visa joins forces with JustCharge in bid to boost EV take up

Packet In: Pilot launched for household collection of flexible plastic