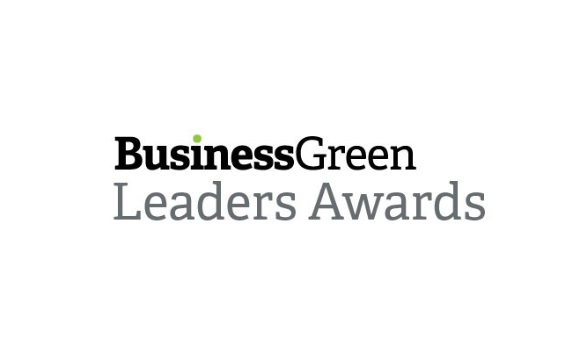 Minviro only launched in 2019, but the judges were hugely impressed by the ambitious company's already impressive client roster and work to help the hard to decarbonise mining and metals industry slash its environmental impact.

In a hugely competitive category, Greenhouse PR narrowly won out thanks to a year of rapid growth, packed with high impact campaigns promoting the best of green business and an impressive array of pro-bono work.

ESG Investor of the Year

In another highly competitive category the judges were impressed by Thrive Renewables' pioneering support for clean energy, innovative funding models, and ability to connect investors with exciting renewables projects.

Crystal Doors' ambitious net zero target, significant clean tech investment, and energy efficiency-first approach won over the judges and provides an inspiring template for smaller businesses all across the UK to follow.

The judges praised the huge potential of the DERMS project to catalyse the nascent smart appliances market and enable a raft of new flexible grid services that are set to both slash emissions and bolster UK energy security.

Green Packaging Project of the Year

The judges were hugely impressed by Riverford's multi-faceted approach to slashing packaging waste and ending the use of plastic, coupled with its extensive research and clear communication to customers

WWF-UK and Silverback Films - Our Planet: Too Big To Fail

In yet another highly competitive category, WWF and Silverback Films' hugely engaging film and accompanying campaign won over the judges with the clarity of its messaging and the strength of its production values.

Highly Commended: Avanti West Coast - What tomorrow do you want?

Green Building Project of the Year

British Land edged it in the Green Building Project of the Year category thanks to its boundary pushing effort to deliver the company's first net zero at completion building, having embraced circular economy principles to deliver some massive environmental savings.

Nature Based Project of the Year

In one of our most competitive categories, Olam Food Ingredients' ambitious programme to work closely with smallholders to tackle deforestation in the cocoa supply chain is delivering tangible results on the ground while providing a sustainable supply chain management template for other businesses to follow.

In yet another hugely impressive category Baringa Partners and tesco won over the judges thanks to the huge scale and impact of a Renewables Sourcing Strategy that has blazed a trail for other large corporates to follow, demonstrating how procuring clean energy can deliver multiple benefits to the business.

ZeroAvia is now firmly established as a world-leading player in the green aviation market and the company stood out for the judges thanks to a stellar 18 months that have seen it chalk off numerous technical and commercial milestones on the path to zero emission flight.

Airex was singled out by the judges thanks to a breakthrough year that has seen its smart air brick technology demonstrated at scale, providing real world evidence of the cost, carbon, and health benefits it can provide to fuel poor households.

Marketing/Advertising Campaign of the Year

In one of our most competitive categories yet, the Zero Carbon Campaign stood out thanks to the breadth of its messaging activity and its ability to take a complicated technical topic and push it high up the political and policy agenda.

The judges were hugely impressed by the on-the-ground impact of Tech-Takeback's RevaluElectricals collection service and ZeroNet, which provide a fantastic example of how to engage the public and drive up eWaste recycling rates.

There were so many impressive finalists in this category, but Hugh Bartlett edged it with the judges thanks to his integral role as 'the engine room of Green Angel Syndicate' and the impact he is having connecting inspiring clean tech firms with the investment that can help them rapidly expand.

In another intensely competitive category, the judges were won over by Tor Burrows' transformational impact and hugely successful track record at Grosvenor, as well as her emergence as a leading advocate for ambitious climate action right across the real estate.

The team at Avanti West Coast were recognised by the judges for their impressive track record and ambitious employee engagement and training programmes that have helped embed sustainability at the heart of the business.

Farad.ai stood out for judges in a hugely impressive field, thanks to the catalysing role its technology could play in the smart grid and EV markets, as well as the impressive progress the team has made over the past 12 months.

The judges hailed Sarah Merrick as an emerging as a superstar of the UK green economy, following a year in which she successfully brought Ripple Energy's pioneering service to market, leading a team that is showcasing how to directly connect the green energy revolution to thousands of consumers across the country.

There were scores of fantastic entries for the Innovation of the Year Award, but in the end Kaluza's V2G optimisation project won out, thanks to its combination of cutting edge technology, usability, and enormous potential impact on the fast-evolving smart grid ecosystem.

Net Zero Strategy of the Year

The quality of net zero strategies continues to improve all the time, but it was Pilgrim's UK that won over the judges thanks to a comprehensive, ambitious, independently validated strategy that wrestles with some of the most complex decarbonisation challenges facing the agricultural sector.

Our coveted Politician of the Year Award for 2021 goes to chair of the Environmental Audit Committee, Philip Dunne. Over the past year Philip has continued the proud tradition of the Environmental Audit Committee in holding the government to account on a host of issues, ranging from nature protection and fast fashion to net zero policy and the Green Homes Grant fiasco. He also worked closely with other Select Committees to deliver the UK's first Climate Assembly and successfully lobbied government to strengthen water quality rules and crack down on still scandalous levels of river pollution.

The judges were hugely impressed with all our leaders this year, but NatWest's Alison Rose edged it following a year in which she has firmly embedded climate action at the core of the bank's strategy and introduced a host of measures to help ensure the financial sector delivers on its critical role at the heart of the net zero transition.

In a hugely competitive category that is testament to the burgeoning strength of the green economy, Octopus Energy won out following a stellar year of rapid expansion, remarkable innovation, and a hugely ambitious vision to turbocharge clean technologies' march into the mainstream.

For more than three decades Trewin Restorick has been campaigning for environmental progress and helping businesses realise their potential as the catalysts that can spark the changes the world needs to see. He helped found not one, but two of the UK's leading environmental charities in the form of Global Action Plan and Hubbub, and launched one of the UK's first community recycling businesses. He's been involved in thousands of highly effective green campaigns and helped hundreds of environmental executives build their influence and maximise their impact. And throughout it all he's remained fixated on how the green economy and a love of the environment can have a positive real world impact that actually improves people's lives.