Estée Lauder has confirmed all its make up is now produced using renewable power, after the beauty giant yesterday announced that it is sourcing 100 per cent renewable electricity for its operations globally.

The company announced the milestone as it also confirmed it has set new science-based emissions reduction targets for its direct operations and value chain, pledging to cut its direct absolute Scope 1 and 2 greenhouse gas emissions by 50 per cent by 2030 against a 2018 baseline.

In addition, it said it would work to reduce Scope 3 supply chain emissions from purchased goods and services, upstream transportation and distribution, and business travel by 60 per cent per unit of revenue over the same timeframe.

The company said the new targets have been approved by the independent Science Based Target Initiative (SBTi) as being in line with a 1.5C global warming trajectory.

"Setting ambitious targets in line with the latest climate science is testament to our values and commitment to managing our business for the long term," he said. "In this decisive decade for climate action, we will continue to accelerate efforts to ensure a healthy, beautiful planet for generations to come."

The company also said it has secured 'net zero' status, having purchased offsets to cover its current emissions.

"To achieve its net zero emissions and RE100 goals by 2020, ELC focused first and foremost on reducing its operational carbon footprint by deploying high-quality solutions and investing in projects bringing additional renewable energy to the grid," the company said. "The portfolio approach includes signing a Virtual Power Purchase Agreement (VPPA) for 22MW of wind power from the Ponderosa wind farm in Oklahoma, sealing the company's largest renewable energy agreement to-date."

The VPPA was complemented by the installation of solar arrays at the company's sites around the world, delivering a further 5MW of capacity. Meanwhile, in markets where ELC has a comparatively smaller carbon footprint, the company procured renewable energy certificates (RECs) or their international equivalent to support local renewable energy generation.

Remaining emissions from the company's operations were then offset through credits issued by the Massachusetts Tri-City Forestry project in North America, which protects 6,500 acres of public forestland from significant commercial timber harvesting and ensures long-term sustainable management of the forest.

The milestones were welcomed by Helen Clarkson, chief executive at the Climate Group, who said the company provided further evidence of how large companies that set their sights on an ambitious target "can achieve huge change at a rapid pace". "This is exactly the sort of leadership we need to see in the climate decade, as we work to halve global emissions," she added.

ELC said that it would now also step up efforts to work with supply chain partners to reduce their emissions.

"The Estée Lauder Companies has been deeply committed to climate action for many years and, in 2020, we not only stayed true to our commitments, but took steps to further accelerate progress," said Nancy Mahon, senior vice president for global corporate citizenship and sustainability at The Estée Lauder Companies. "At such a critical time for our planet and communities around the world, we know this work is more important than ever. The events of this year have only underscored the urgency and imperative of climate action and we're committed to doing our part, collaborating with partners to tackle one of the greatest challenges of our time."

The biosphere is on the ballot 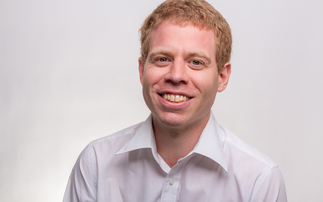