Energy supplier SSE has today unveiled a set of new green targets linked to the UN Sustainable Development Goals (SDGs), promising to champion a 'living wage', accelerate the roll out of EV infrastructure, and expand renewable energy across the country.

SSE said its targets - which are due by 2030, the same target date as for the SDGs - will be linked explicitly to executive performance measures in a bid to "put sustainability right at the heart" of SSE's operations.

Four key objectives were outlined as part of the new plan, each linked to a specific SDG.

Firstly, SSE has reiterated its promise to cut the carbon intensity of its electricity to around 150g of CO2 per kWh by 2030, a pledge first made last May. It said the target and accompanying green energy investment programme is linked to SDG13, the goal for climate action.

The company's target is higher than the Committee on Climate Change's recommended average power carbon intensity range for the UK grid in 2030 of between 50g/kWh and 100g/kWh. But SSE has argued its position as a provider of flexible gas capacity designed to complement renewables generation meant it would be one of the generators that would deliver above average levels of carbon intensity.

Thirdly, SSE said it will "pave the way" for 10 million electric vehicles to be on British roads by 2030 by investing in new charging infrastructure, as part of SDG9's work to deliver sustainable industry, innovation, and infrastructure.

Finally, SSE promised to become "the leading company" in the UK and Ireland backing a 'Fair Tax' and 'Living Wage' policy, under SDG8 and its focus on economic growth and decent work. The firm is already Living Wage and Fair Tax Mark accredited, it stressed.

"The four ambitious objectives underpin what our businesses stand for and our investment in long-term, sustainable, low carbon assets and infrastructure will contribute to the UK and Ireland's climate change targets while building a fairer and more prosperous society," said SSE chief executive Alistair Phillips-Davies

To oversee progress against the goals, SSE said it had appointed its first chief sustainability officer, who will report directly to Phillips-Davies. Rachel McEwen, previously director of sustainability at the company, has taken up the post

The energy giant said last year it is also working on setting a comprehensive science based target that covers all its emissions before the end of March 2020. How to avert a 'lost era of business progress on decarbonisation' 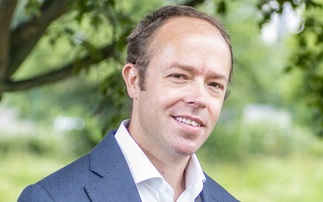 The pressure is on for companies to transition to greener practices. Firms need a stable policy environment to make the necessary investments, writes Viridor's Tim Rotheray 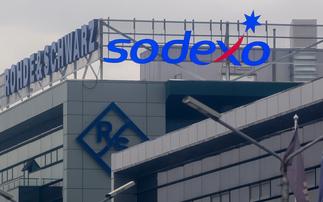 Company hails efforts to tackle food waste, ramp up renewables use, and boost electric car uptake as key to its carbon cutting since 2017