The world's largest wind turbine has been installed off the coast of Liverpool, the manufacturer MHI Vestas announced on Thursday.

The turbine is the first of 32 set to be installed at DONG Energy's 258MW Burbo Bank Extension offshore wind project. The event marks the first time the enormous V164 8MW wind turbine has been installed anywhere in the world.

The turbines have a swept area of over 21,000 square metres, larger than the London Eye, and 80 metre-long blades each weighing 35 tonnes. The blades are also the first locally built blades to be installed at a UK offshore wind power plant, having been designed, tested and manufactured at MHI Vestas' factory on the Isle of Wight, the firm said.

Jens Tommerup, chief executive of MHI Vestas, said installation was an important milestone for the industry. "The introduction of the V164-8.0 MW will support the industry's ambitions to drive down the cost of energy through reduced installation time, electrical infrastructure, foundations, and service visits compared to power plants using less powerful turbines," he said in a statement.

The wind farm is expected to be fully commissioned in the first half of 2017, providing enough energy for over 230,000 UK homes.

The news comes as SSE yesterday announced the first turbine components of its 173MW Clyde Extension Wind Farm are now being erected.

The first phase of the turbine erection process whereby the bottom two tower sections are installed has already begun, while the rest of each turbine will be added using a main crane set to arrive at the site in mid-September.

Construction of the project, which will add 54 turbines to the Clyde Wind Farm's existing 152 turbines, began last summer and is expected to be completed by mid-2017.

SSE also launched results of a study it had commissioned along with Siemens on the impact of Clyde Extension on the Scottish and UK economies. The investigation, conducted by PwC, estimated that manufacture, installation and servicing of the new site's turbines is set to contribute £53m to the UK economy while the construction phase will contribute £108m. Around three-quarters of these sums and the ensuing employment are likely to stay within Scotland, the study found.

"These wind farms provide a real boost to the local and national economy," said Paul Cooley, director of generation development at SSE, in a statement.

The global deal will see Aqualis' 19 offices around the world provide a range of engineering services for Siemen's wind turbine installations such as geotechnical assessments and marine warranty advice.

"We have recently supported Siemens Wind Power with various assessments for wind turbine service operations in the North Sea," said David Wells, chief executive of Aqualis Offshore, in a statement. "We are proud that we will now be able to offer the same type of services on a global scale, particularly for a market-leading player such as Siemens." 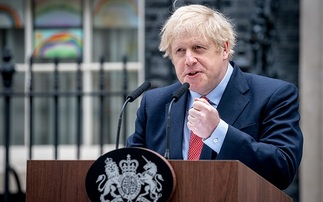