The White House has revealed fresh support for the solar power sector, promising to promote the installation of new generation in federally subsidised housing and on military bases.

The commitment to community funding, made at a White House event labelled the Solar Summit, also sees a partnership between the Agriculture Department, the Department of Energy (DoE), and the National Rural Electric Cooperative Association (NRECA) to bolster the adoption of solar power in rural areas. This will result in a series of tools and finance options for co-operative solar programmes, the White House said.

Last week, the US Army also announced a solar array project that would provide about a quarter of the electricity at Fort Huachuca, Arizona, as part of its commitment to deploy 3GW of renewable energy by 2025.

The DoE also unveiled a draft Renewable Energy and Efficient Energy Projects Loan Guarantee Solicitation, which would make $2.5bn in loan guarantees available for innovative solar energy projects, with a focus on distributed energy generation. This was part of a $4bn draft loan solicitation for greenhouse gas reduction projects announced on Wednesday.

Other commitments by the White House announced last week included the release of a handbook for solar deployments and a guide to federal financing for green energy from the Department of Energy.

Obama's push for climate change reduction technologies comes as the League of Conservation Voters and the political wing of the Natural Resources Defense Council started the LeadingGreen coalition, an initiative to raise funds for federal candidates and for environmental lobbying efforts in general. The joint venture will raise and contribute $5m in donations directly to candidates, with a view to protecting the Democratic majority in the Senate, and to make climate change a wedge issue for candidates. 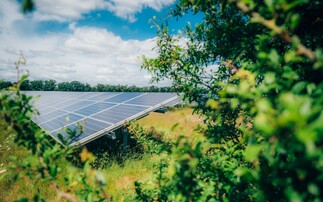 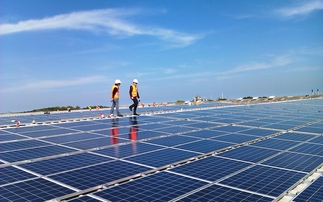 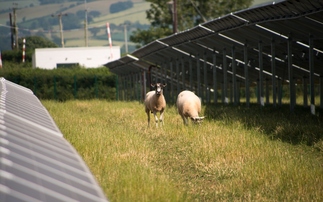