India's ambitious Solar Mission took another major step forward this week as the government followed proposals for a new 4GW solar "ultra-mega" project in Rajasthan with the announcement of plans for four new 500MW solar projects.

Finance Minister P. Chidambaram used his budget address on Monday to announce plans for the new giant projects in Gujarat, Jammu, Kashmir and again in Rajasthan. "It is proposed to take up four ultra-mega solar power projects, each with a capacity of over 500MW, in 2014-15," Chidambaram said.

The statement, coming so soon after the announcement of the 4GW project, which would be the largest solar development in the world, represents a major boost to the country's Solar Mission plans and its goal of bringing 20GW of solar capacity online by 2022.

The first phase of the nationwide programme, announced in 2010, has seen over 1.6GW brought online, but now the government is hopeful that the falling cost of solar energy will allow it to dramatically accelerate the roll out of solar PV capacity.

However, a key component of the government's plans could be under threat after the US last week lodged its second complaint with the World Trade Organisation (WTO) over India's use of domestic content requirements for companies supplying Solar Mission projects.

"These domestic content requirements discriminate against US exports by requiring solar power developers to use India-manufactured equipment instead of US equipment," US trade representative Michael Froman said last week. "These unfair requirements are against WTO rules, and we are standing up for the rights of American workers and businesses."

India fought back against a similar complaint last year, arguing that the US offers similar incentives to American projects that use domestic labour and products and insisting that WTO rules allow it to exempt some strategic projects from non-discrimination obligations.

However, the Obama administration has returned to the issue after the Indian government added similar requirements to thin film solar PV technologies for the next phase of the Mission.

The Indian solar industry remains divided on the issue, with manufacturers supporting the requirement for project developers to source technology from them and developers frustrated that their ability to import cheaper solar panels is being curtailed.

In related regional news, the European Investment Bank (EIB) announced this week that it has granted a €100bn long-term loan to the government of Pakistan to support the development of the Keyal Khwar Hydropower project.

EIB vice president Magdalena Alvarez, who is in charge of the EIB's operations in Asia, said the deal represented the latest move in its mission to "support investment in renewable energy and help countries around the world reduce carbon emissions".

"The EIB is pleased to be able to support Pakistan in this important sector, addressing the increased demand for energy in the country," Alvarez said. "The investment will provide a clean and reliable supply of electric power contributing to climate change mitigation, which is a fundamental goal of the European Union." 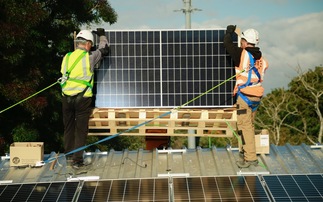 Solar car parks could save firms £1,000 per space 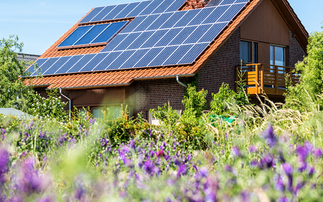 The energy provider is to offer solar panels, batteries, and heat pumps in bid to create 10,000 'Zero Bills' homes by 2030