Just days after Canada unveiled a loan programme for big businesses that mandates climate disclosures, more than 300 US corporates call on both chambers of US Congress for measures to help the country "build back better"

Microsoft, Mars, Dow, Starbucks, Nike, and Visa have joined forces with hundreds of US businesses to lobby lawmakers to deliver a "climate-smart" recovery from the coronavirus pandemic.

In an appeal today to both chambers of Congress, more than 300 business leaders and institutional investors will urge politicians to incorporate climate conditions into pandemic recovery plans.

They are specifically calling for recovery packages to spur an accelerated transition to a net zero emissions economy by at least mid-century and for a wave of new federal investment in climate resilient infrastructure. The businesses - which include many of the most famous names in corporate America - will also demand non-partisan support for longer-term climate policy mechanisms, such as a price on carbon and support for "effective climate solutions", with a particular focus on those projects that can open up job opportunities in zero carbon industries.

Investor-backed corporate climate advocacy group Ceres dubbed the initiative as the "largest ever business advocacy day for climate action". Democrat Congresswoman Kathy Castor will kick off the proceedings on Wednesday morning in a virtual briefing for journalists, while a series of interventions is planned for the coming weeks and months.

The businesses involved in the campaign will be under no illusions as to their ability to convince the White House to deliver an explicitly green economic recovery plan. President Donald Trump remains a steadfast opponent of climate action whose administration has used the chaos of the past few weeks to push through a raft of measures designed to water down environmental protections. The President has also vowed to help struggling fossil fuel firms and provided a $25bn climate-conditions free bailout to the airline sector.

But the campaign hopes to build pressure on Congress to deliver green stimulus proposals. Environmental programmes are set to be a key bargaining chip in any Congressional negotiations and with even some Republicans starting to engage with climate concerns in recent months as polling shows the issue remains a top priority for many voters, hopes are building that a number of significant low carbon initiatives could find their way into any recovery plan.

The calls will also help to ensure the debate over a green recovery play a central role in this autumn's presidential election, when Democratic candidate Joe Biden's support for a net zero target for the US is set to be one of the key dividing lines.

Moreover, the mobilisation of US business leaders behind the "building back better" banner adds further momentum to a fast-expanding global campaign, which has seen corporations, academics, and political leaders pledge to priortise climate action in their economic recovery plans.

Today's move comes just days after the Canadian government tied a pandemic loan programme for big corporations to climate action disclosures. On Monday, Canadian Prime Minister Justin Trudeau announced all big businesses looking to benefit from a new federal loan programme must commit to publishing annual reports that explain how future operations will support environmental sustainability, as well as Canada's goals to reach net zero emissions by 2050 and reduce emissions by 30 per cent below 2005 levels by the end of the decade.

The Large Employer Emergency Financing Facility (LEEFF), a bridge financing programme for businesses with annual revenues of more than CAD$300m, will only be open to companies that "publish annual climate-related disclosure reports consistent with the Financial Stability Board's Task Force on Climate-related Financial Disclosures, including how their future operations will support environmental sustainability and national climate goals", the government said.

But Greenpeace Canada welcomed the move, hailing it as an example for other countries to follow. "There have to be some real teeth in how this is implemented, but it makes sense that companies seeking public support agree to limit dividends and executive pay, forgo tax havens and start aligning their business model with Canada's climate change targets," said Keith Stewart, senior energy strategist at the campaign group. "Companies funding campaigns to oppose action on climate change should be excluded from the program."

Meanwhile, on the other side of Atlantic the European Commission's decision last week to omit climate-related conditions from its revised rules on State Aid may have delivered a blow to those hoping for an EU-level mandate to ensure climate-conditions are incorporated into corporate bailouts as standard, but business leaders and campaigners remain optimistic many European governments will prioritise climate action in their recovery plans. EU Climate Commissioner Frans Timmerman quickly urged national governments to take the lead on establishing climate conditions to aid packages - a plea the French government has already responded to with its insistence that Air France's bailout package is contingent on it taking steps to curb its emissions.

The economic case for such policies is also building, with Climate Action Network Europe this week producing a briefing document ahead of the bloc releasing its revised budget for the period 2021-2027 - expected later this week - which argues that green fiscal recovery packages can support an early transition to a zero carbon economy.

The report argues that in order to meet its commitment to the Paris Agreement and prevent global temperature increases by 1.5C, the EU must urgently increase its 2030 climate target to at least 65 per cent emissions reductions, with a view to reaching climate neutrality by 2040.

"The Covid-19 crisis was a clear wake up call for humanity to make our societies and the economy more resilient in the longer term," said Wendel Trio, director of CAN Europe. "To avoid devastating consequences of climate change in the longer run, we need to develop Paris compatible long term strategies and an economic framework to support their implementation."

However, the report also highlights how a number of countries are still yet to set out clear decarbonisation strategies. Despite a submission deadline of 1 January 2020, only 14 member states have provided the European Commission with their national long-term strategies, according to the document.

President Trump and some of his allies around the world may still resist any and all attempts to recover along green lines, but the global campaign to 'build back better' and avert a climate crisis that threatens to follow the coronavirus crisis is fast gaining momentum. As British Prime Minister Boris Johnson told the Commons today, "our determination to get to net zero by 2050 remains undiminished".

Your sustainability priority for 2023? Move from commitments to actions 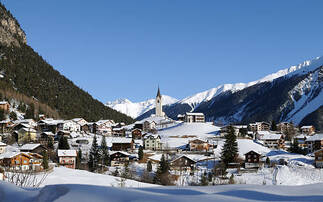 Olaf Scholz set out plans to deliver a net zero emission Germany by 2045, the WTO called for a gloal carbon price, and Greta Thunberg issued oil majors with a 'cease and desist' order 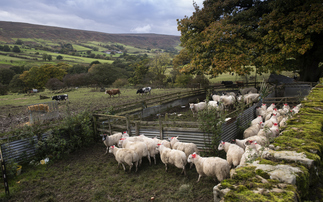 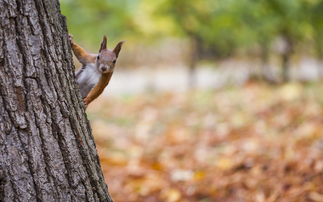 'The situation is poor across the board': Watchdog slams government failure to tackle nature decline

Office for Environmental Protection delivers damning verdict on a litany of government failings, as it demands urgent action to halt the decline of England's natural world