Lisa Walker, CEO of Ecosphere+, talks to BusinessGreen about how carbon credits can help companies slash their emissions while boosting local development

The world's top climate scientists may have delivered a raft of terrifying warnings in the IPCC's long-awaited 1.5C report last week, but - bolstered by analysis of deliverable solutions - the overall message remained loud and clear: drastic action is needed, and it is needed quickly.

Specifically, they said, we have around 12 years to cut global greenhouse gas emissions in half if we are to have a chance of stopping average global warming of more than 1.5C by the end of the century, and therefore avert dangerous sea level rise, escalating drought risks, the mass loss of species, and hundreds of millions more people falling into poverty.

For businesses - and indeed the wider public - the urgency of these warnings, and the pace and scale of the necessary transition ahead, can feel overwhelming. After all, as the IPCC report makes plain, many of the technologies and processes which are likely needed to eradicate greenhouse gases entirely, or deliver net zero emissions within a few decades - such as carbon capture and storage (CCS) or direct air carbon capture - remain unproven, or technically or financially difficult to scale up in the immediate term.

How, then, can businesses rapidly slash their environmental and carbon footprint in the short term in order to keep pace with scientists' arresting calls for urgency?

For many companies, says Lisa Walker, CEO of nature-based carbon credits company Ecosphere+, part of the answer may lie in natural capital solutions.

"We work with companies to help them find solutions to the risks and opportunities of climate change," she tells BusinessGreen. "Or more specifically, helping them to create and implement nature based solutions - natural climate solutions - which may help them to align their business strategies with climate goals and the UN Sustainable Development Goals (SDGs). There's a real need to reduce emissions fast and to bring sustainable development to countries, and here is an opportunity for companies which are struggling with the energy transition to start to connect the dots as part of their journey to net zero carbon and managing their exposure to risk."

For example, the government of Peru has started the process of officially integrating carbon credits generated by two forest conservation projects in the country into its national Paris Agreement contributions. So, by putting a price on carbon and investing in supporting these projects, companies can have an impact on lowering emissions while they focus on their longer term decarbonisation goals.

The IPCC report itself sets out the opportunities for cutting emissions by boosting the world's natural carbon sinks, such as through halting deforestation, planting more trees, and soil carbon sequestration measures. These sorts of nature-based climate projects are at least as important as investing in renewables, Walker argues, and unlike high-tech solutions such as CCS, they are scalable and measurable today.

"While businesses often have long-term solutions for how to transition to the right pathway - and they know in the long term they have to get to net zero - there does seem to be an issue in the short term, which is that we really need urgent action to start to reduce emissions quite rapidly, and indeed bend the curb on emissions before 2020 if we are ever realistically going to get onto that pathway," she says. "We see the voluntary or strategic use of carbon markets as a really important measure that companies and investors should be engaging with now, and also thinking of them much more as a tool to deliver net zero emissions in the short term, rather than just seeing them as part of the wider policymaking space."

Walker joined Ecosphere+ two years ago, having spent much of her career working on energy and climate policy in the oil and gas industry. After joining BP in 1999, she went on to help design the UK's emissions trading scheme (ETS), and later worked at BG Group, an oil and gas production firm that was later acquired by Shell. It was while analysing emissions reduction at BG Group that Walker began to recognise the importance of landscapes in capturing and storing carbon, both for tackling climate change and also boosting local development.

"That's where I realised there was this huge important sector out there that is not receiving so much attention," she says. "The focus is often on the energy sector, without so much focus on natural climate solutions, or how important global carbon sinks are like forests and oceans and other landscapes. If you look at public finance, that plays out in the numbers, because these sectors only receive less than five per cent of climate finance globally, even though climate science tells us that, in the short term certainly, more than a third of emissions reductions before 2030 must come from the natural sector."

But while investing in Ecosphere+ projects can enable companies to balance some of their higher carbon activities by funding natural carbon sinks elsewhere - for example, Shell has joined the REDD+ Business Initiative to embed forest conservation into its business strategy, for example - Walker argues the concept is about far more than just offsetting emissions.

"I think we need to reframe this conversation around offsets," she says. "The world needs emissions reductions and we need a way to finance emissions reductions. By companies and investors embracing carbon pricings it allows for a really efficient allocation of capital."

Moreover, Walker points out that there is an urgent need to halt deforestation, with the world losing its carbon sinks at an "alarming rate" - in 2016, global tree cover loss increased 51 per cent.

"Even if we do everything we can on energy efficiency and continue to accelerate investment into clean, renewable zero carbon forms of energy, if we lose our sinks we've still blown the carbon budget," she says. "So this is not about offsetting, it's about reversing that trend. Offsetting implies 'business as usual', but if you look at the science of what's required that's obviously impossible. What we need is companies setting ambitious targets that incorporate their net emissions, and ensuring that includes all their emissions."

She argues companies should set ambitious, holistic greenhouse gas targets that cover all of their net emissions. That means targeting decarbonisation not just within the core business and energy use - Scope 1 and 2 emissions - but also going after cuts from Scope 3, or indirect, emissions. For many companies Scope 3 emissions make up a huge share of their carbon footprint, and so investing in natural climate project can provide part of the solution, Walker explains.

"If some emissions reductions in the short term - or in the long term - come outside the immediate operations of a business and they have all these great benefits, then that's a good thing - it shouldn't be that companies don't do anything," Walker says. "The worry is that companies maybe don't have the answer, and they're waiting for the perfect solution or for costs to come down. Meanwhile, emissions are continuing to build up in the atmosphere and we're continuing to lose forests, which is just a double whammy from a climate perspective."

But for companies which do target ambitious, holistic emissions reductions with the help of investments in natural climate solutions, there are a raft of potential business benefits. As Walker's colleague Jessica Verhagen, VP for business development and strategy at Ecosphere+, will explain at the BusinessGreen Leaders Summit tomorrow, such benefits include addressing investors' increasing concerns on climate risks, attracting talented staff keen to work in companies with purpose, and delivering a brand boost to the growing number of climate-concerned customers.

"We've got customers that want to launch carbon neutral or climate positive products, so that their customers can feel assured that when they buy something there isn't a negative climate impact, as the company's emissions have been reduced and the remaining or unavoidable emissions have been compensated for through these projects," explains Walker.

She highlights Ben & Jerry's, which earlier this year partnered with specialist blockchain non-profit Poseidon on a new pilot project giving customers at one of the firm's ice cream shops in London the option to essentially offset the climate impact of their purchase. Carbon credits bought by customers though the trial were provided by Ecosphere+.

"What we want is that companies build these [carbon credit projects] into their business strategies so it becomes a core part of how they conduct their business," adds Walker. "Althelia really see natural capital as the next frontier for impact investing after renewables and clean energy. I think that's hugely exciting and that can only be a hugely positive thing for us. We're definitely starting to see big corporations reassessing the role of natural climate solutions and think about how it can work for them."

Given the urgency, scale and variety of actions that need to be embraced by businesses, governments and civil society over the next decade in order to avert climate breakdown, impact investing in natural climate solutions may well provide an accessible route for companies looking to reduce their carbon footprint, in the short term at least. And with the opportunities and benefits from leading the climate charge becoming ever clearer to businesses and investors, Walker believes there is good reason to remain confident the IPCC's call to arms will be acted upon.

"I think we have to be optimistic, and I don't think that is a naïve optimism," she says. "I foresee optimism and a sense of momentum out there."

Brexit: Disruption to carbon and energy trading looms in event of no deal 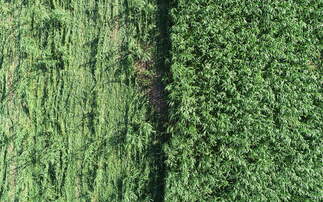 Influential analyst firm argues prices for carbon offsets could reach as high as $120 a ton by 2050, or as low as $47 a ton 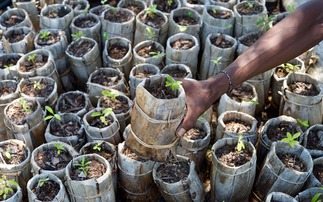