Could charging more for sustainable palm oil save tigers and orang-utans?

Supermarkets could raise the price of environmentally-friendly palm oil to protect endangered species without causing a drop in sales, new research has suggested.

Palm oil is a key ingredient in a huge range of food, cosmetic, and cleaning products, accounting for 40 per cent of the 169 million tonnes of global vegetable and fruit oils produced in 2013.

But farming practices used to produce the oil have been blamed for deforestation. In the primary production areas of Indonesia and South East Asia, conservationists say palm oil plantations are being carved out of tropical forests, while conversion of farming land to produce the oil has left local communities with little choice but to clear rainforests or peatlands to grow food.

As well as releasing millions of tonnes of carbon stored in the rainforests and peatlands, clearances have a devastating impact on plant and animal species, including tigers, elephants, rhinos and orang-utans.

Companies including P&G, Unilever, and Nestlé have brought in sustainable palm oil policies in a bid to tackle the problem, pledging to purchase products certified by the Roundtable on Sustainable Palm Oil (RSPO).

However, an international team of economists and ecologists led by researchers at the University of East Anglia (UEA) looking at how to make conservation profitable, may have come up with a solution.

Along with the Zoological Society of London (ZSL), the University of Vermont (US) and the World Wildlife Fund (WWF) the researchers published a paper in June outlining how a willingness among consumers to pay more for sustainably-grown palm oil could encourage producers to engage with conservation projects.

The study, published in the journal PNAS, focused on the Indonesian island of Sumatra, described as a "biodiversity hotspot" where tropical forests have been replaced with plantations, resulting in a rapid decline in species.

The team found specific location of conservation areas had a major effect on both wildlife and company profits. They did this by carrying out biodiversity surveys across palm plantations, nurseries, forest and cleared land, and examining company records to see how setting aside land for conservation affects the bottom line.

The approach allowed the researchers to identify areas in central Sumatra that strike the best balance between promoting biodiversity and reducing costs to companies.

The study then considered the price premium firms could charge for 'conservation grade' palm oil, obtained from companies that had put large amounts into active conservation. The results showed the higher prices shoppers were willing to pay for conservation grade products more than made up for companies' costs of providing conservation land.

"Consumers' willingness to pay for sustainably grown palm oil has the potential to incentivise private producers enough to engage in conservation activities," he added. "This would support vulnerable 'Red List' species."

The report's recommendations echo those of Asia Pulp and Paper's Aida Greenbury, who last week told BusinessGreen that there was a case for more consumer companies to supoprt forest protection efforts through a price premium on sustainable forest products.

However, whether supermarkets are willing to raise prices in a fierce retail environment remains to be seen. The BRC's Opie admits retailers have to balance pricing with sustainability. "[UK retailers] are determined not to penalise consumers and showing this in both their sourcing and the great value they are offering," he says.

But the success of Fair Trade coffee and FSC timber shows that consumers are prepared to pay more in certain circumstances for more socially responsible products. And with many leading retailers aiming to use 100 per cent certified sustainable palm oil by the end of this year, it could be the next success story.

This article is part of BusinessGreen's Zero Deforestation Hub, hosted in association with APP.

BusinessGreen and APP will undertake a Twitter debate on how to make zero deforestation a reality at 2:30pm BST on Tuesday June 30th. Readers can join the debate alongside representatives from Greenpeace, The Forest Trust, Unilever and CDP. 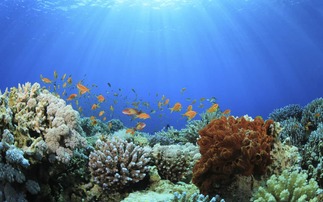 Hawaii will receive pay-outs of up to US$2m for reef restoration if tropical storms hit, building on the world’s first reef insurance policy covering hurricane damage in Mexico. 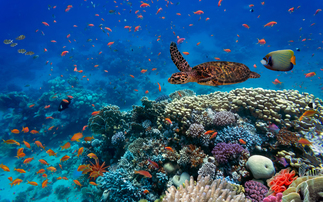 Campaigners and businesses step up calls for 'Paris Agreement for nature' 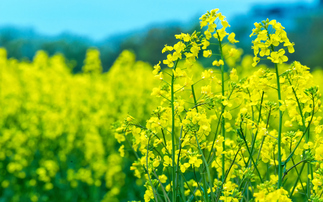