Almost a year after I'd started at BusinessGreen, I met a man named Paul Day. During an hour's conversation at a bistro on Old Compton Street, Paul told me his plan to power everything - ships, buildings, and, pretty much the entire global economy - with glycerine, a clean burning, bio-degradable by-product of industrial processes.

Not only could diesel engines be reconfigured to burn glycerine, but the stuff itself could be produced using algae, avoiding the sustainability issues that have dogged other renewable fuels. "An algal pond the size of Switzerland would cover global energy demand," Paul told me.

Just think, I later wrote, glycerine could decarbonise transport at a stroke, without any radical changes to the global economy - this British start-up is surely at the forefront of the clean energy revolution.

But then I never heard anything more from Paul and his world-changing company.

A few months later, I wrote a recklessly optimistic piece declaring 2012 'really will be the year of the electric car'. With a swathe of new models coming onto the market, the government covering up to £5,000 of purchasing costs, and charging stations dotted the length and breadth of the land, how could they fail, I penned.

Then at the end of the year we checked the figures and electric car sales had indeed soared 112 per cent! But to just 2,237. Clearly, the market was nowhere near being fully charged.

Both of these articles came to mind as I wandered to Battersea Park last month for the grand finale of Formula E's first season. Alejandro Agag, Formula E's charismatic chief executive, had said a fortnight before that the idea of a zero-emissions series racing around the heart of the world's most iconic cities existed only as a powerpoint presentation three years ago. I'd first heard of it when Lord Drayson mentioned it in passing in 2012. Now here in 2015, were 10 teams each with four cars that had competed in one of the closest-fought championships in motorsport, racing in Beijing, Malaysia, South America, Miami, Moscow, Berlin, Monte Carlo, and now London.

What's more, these cars were being powered by glycerine generators designed by Paul's company, Aquafuel. The world-changing idea was genuinely happening.

And, by the end of that month 34,126 electric cars had been sold under the government's plug-in grant scheme. In fact, more electric cars were sold in June this year than the entirety of 2012.

This has been one of the joys of working at BusinessGreen - watching start-ups and emerging technologies grow, some in partnership with established players, others blazing their own trail, to create a sector worth more than £122bn that employs 1.5 per cent of the UK workforce.

And in many ways, it's only just getting started. Sure, more often than not, these things fall from view: I know the team here was devastated not to hear more about the solar-powered bikini, for instance.

But then we already have renewables powering data centres, record-breaking solar planes, trains running on wind energy, and solar panels leading the fight against malaria. New investment models are capturing the power of crowd-funding to finance green energy projects, convincing banks to invest in more efficient ships, and property owners to make improvements that not only lower energy bills, but enrich the health and productivity of the people using them. Around $66bn of green bonds have been issued since the first in November 2013.

Yes, as ever, this is a delicate time for the sector. Moves to curtail subsidies for wind farms and large solar projects risk derailing the huge progress made in the UK; although you could, if feeling generous, argue ministers are offering a backhanded compliment in thinking these technologies are now ready to compete without subsidies.

Of course, there will always be nay-sayers. People who doubt transition can be made or simply don't fancy the investment, the hassle, the abrupt shift in mentalities required.

But the last few years have shown these challenges can be met by companies driving technology further, making it more efficient, cheaper, more applicable. There is no doubting the sector's ability to adapt and thrive even in the most testing of circumstances.

As the great George Bernard Shaw declared, "people who say it cannot be done should not interrupt those who are doing it". (Thanks to Ben Ainslie Racing's new sustainable HQ for that one.)

So with Paris on the horizon, China's green revolution surpassing continued steady growth in Europe, and clean tech investment soaring in developing nations, the years ahead promise to be incredibly exciting.

And I'm sure, like me, you'll be reading all about the next part of the story on BusinessGreen. 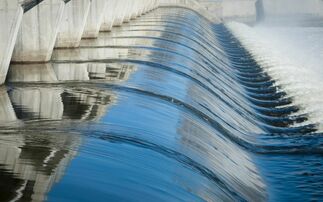 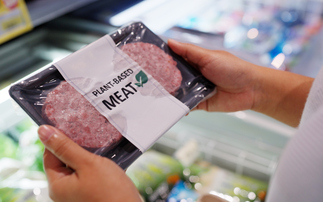 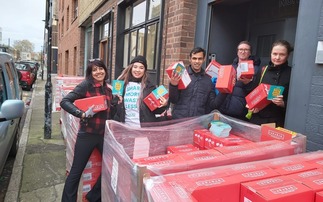