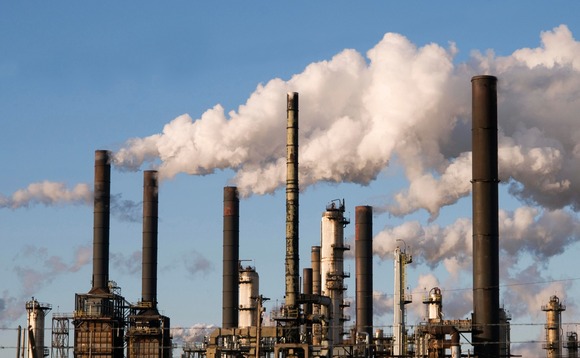 Fossil fuel assets are badly overvalued. There is no plausible scenario in which they are not overvalued and yet there is little understanding of how to deliver a market correction that does not threaten global financial market stability.

It is easy to dismiss such an analysis as scaremongering, and the bulk of the global financial community continues to do just that. But in over a decade of reporting on the so-called 'carbon bubble' hypothesis I am yet to hear a credible argument that debunks its central analysis.

The valuations of fossil fuel firms are based on a combination of oil, gas, and coal reserves and projected future demand that would result in global climate goals being breached. Consequently, if governments deliver on their promise to ensure climate goals are met and/or the clean tech revolution continues to gather pace, in the process destroying demand for fossil fuels, then the valuation of fossil fuel assets will collapse. These assets are currently so large and so integral to the global financial market that the resulting write downs could take the entire financial system down with them.

This is the far too plausible for comfort scenario presented yesterday by the new One for One campaign, which details how delivering on climate goals by 2030 could result in a financial market crash in the UK that would put half a million jobs at risk and require a £670bn taxpayer bailout to keep banks and financial institutions afloat. At a global level, financial firms currently hold £1.8tr of fossil fuel assets that are deemed "risky" given they are not compatible with global climate goals.

Warnings that the carbon bubble could burst have been knocking around for a decade, but that does not make them any less valid. As I've argued many times before, at the end of the boy that cries wolf, there is a wolf. The central logic remains pretty impeccable. Valuations are based on fossil fuel assets that cannot be burnt without unleashing ever worsening climate impacts; therefore valuations will have to fall.

This analysis is so stark that people tend to cast around for alternative scenarios that would allow fossil fuel firms and their investors to dismiss it. But the problem is that under all such scenarios fossil fuel assets are still badly overvalued.

The most common counter to the carbon bubble hypothesis - albeit one that is rarely voiced in public - is that 'we're going to burn it anyway'. Demand for fossil fuels will be sustained and climate goals will be breached. But under this scenario fossil fuel companies have to factor in the costs of adapting to a climate ravaged world. Given this is not being done, assets are currently badly overvalued regardless of whether climate goals are met or not.

A slightly more responsible alternative scenario is that carbon capture and storage (CCS), carbon removal technologies, and demand from the petrochemical sector will allow global climate goals to be met even as fossil fuel production and consumption continues. It is true these technologies are likely to have a crucial role to play in the net zero transition, but the idea they can be deployed at the scale required to enable continued fossil fuel demand at a level that would justify current valuations is implausible. Moreover, it is the fossil fuel industry that would have to pick up at least some of the the cost of deploying CCS and negative emissions technologies, further impacting future valuations. It is hard to escape the conclusion that fossil fuel assets are, you've guessed it, badly overvalued.

The most compelling counter to the carbon bubble hypothesis is that investors are well aware of it and are already factoring it into their valuations and decisions. They maintain that oil and gas majors are now investing in the net zero transition and investors will be able to elegantly unwind their position in the companies that fail to embrace the clean technology revolution fast enough. Fossil fuel asset valuations may come down over time, but savvy investors can manage that trend by shifting their focus towards clean tech growth industries.

It is an enticing prospectus, but it is also heroically optimistic. While a handful of oil and gas companies are gradually developing ambitious clean energy transition strategies, many others are still pursuing expansion plans that are completely incompatible with global climate goals. Moreover, the idea that investors can simply offload the assets that are overvalued at the optimum time overlooks the structural risks such assets present to financial markets. Someone will be left holding the ultimately worthless oil-soaked baby, and if past precedents are anything to go by it will probably be the taxpayer.

We've already had a bitter taste of how this goes with the various US coal and shale gas companies that have gone bankrupt in recent years, forcing their investors to take a major haircut and leaving taxpayers with clean up costs. Now imagine those write-downs repeated at a global level and the contagion that could result as the cash cows that underpin so many funds are ignominiously slaughtered.

None of this is yet inevitable. It is still possible to slowly deflate the carbon bubble, properly factor the risks fossil fuel assets are facing into valuations, and introduce regulations that can help ensure financial stability as the net zero transition accelerates. The One for One campaign's proposal that financial firms investing or insuring a dollar in fossil fuel assets should hold a dollar in reserve to guard against potential losses is worthy of consideration. Long-mooted proposals for much more demanding climate risk disclosure requirements and mandatory net zero transition plans should be adopted forthwith. Investors should push back hard against the idea ESG considerations are 'woke' nonsense and publicly raise the alarm over the structural risks fossil fuel investments present.

But currently none of this is happening, which leaves us with a simple conclusion: fossil fuel assets are badly overvalued. 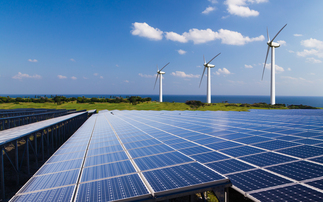 Time waits for no planet

The UK has endured yet another year of economic underperformance - there is only one route available that can break the pattern of managed decline, but the clock is ticking